Why I’m swimming to save the seven seas

Together with my team, I’m about to embark on my most ambitious expedition yet: seven swims in each of the seven seas. The logistics are complex, the challenges are many – but the aim is simple: to protect our oceans and precious marine resources.

In ancient seafaring times, the seven seas that represented the entire world – at least from the Greco-Roman perspective – were the Mediterranean, Adriatic, Aegean, Black, Red, Arabian and North seas. But here’s the tragedy: those seven seas that have been the stuff of legends, that have been marvellous and abundant and sustainable since ancient times, are now barely surviving. 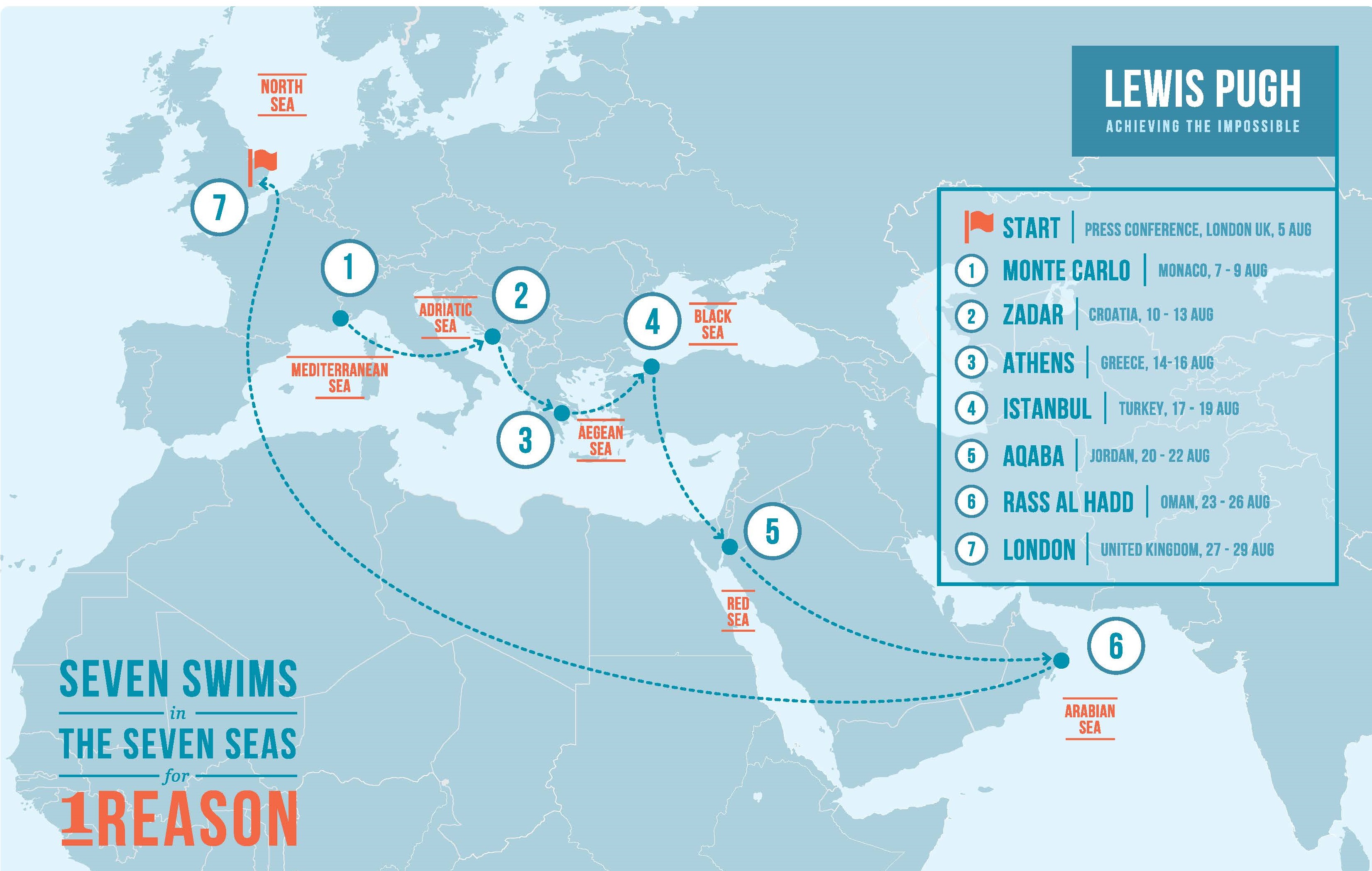 The North, Aegean and Mediterranean seas have been drastically overfished. Much of the coral in the Red and Arabian seas has been bleached. The Black Sea is badly polluted. And the rich wetlands of the Adriatic no longer provide a safe haven for thousands of migrating birds.

But I’m still optimistic about our ability to turn things around. If I weren’t, I wouldn’t be able to get out of bed every day and go to work. Over the next few weeks, that work will include swims in seven beautiful, treacherous and threatened seas. And it won’t be about what I am doing, but why I’m doing it.

I believe that monk seals, coral gardens, manta rays, bluefin tuna and slender-billed curlews can survive and recover – but only if we give them and their habitats the chance to.

That’s why we are calling on nations to set out marine protected areas. These safe zones could conserve sea life in the same way that the Kruger and Yellowstone parks have ensured that elephants, lions, bison and wolves can be marvelled at by generations to come. It’s hard to imagine a world without those wild spaces.

Less than 3% of the world’s waters are protected. We’re urging policy-makers to protect at least 10% of our seas in a network of well-managed and well-designed conservation areas. I believe we can do it. I believe we can halt the devastation of marine life and allow our marine ecosystems to recover. I’m not alone in this belief: I have a team of dedicated people and organizations helping me.

I decided to do the first swim of the expedition in Monaco, where Prince Albert has set aside the whole of his country’s waters as a marine protected area. He understands that we have to act with conviction and purpose if we are to do something about the impact we are having on our natural resources. He has taken the lead, and I salute him for that.

If I didn’t believe we could do it, I wouldn’t be diving in to the first of the seven seas this week.

Lewis Pugh: Don’t turn your back on the oceans
Find out more about the Seven Seas expedition

Author: Lewis Pugh is an ocean advocate and a pioneer swimmer. In 2010 he was named a Young Global Leader by the World Economic Forum and in 2013 he was appointed Patron of the Oceans by the United Nations Environment Programme. Follow him on Twitter @LewisPugh