The top 10 universities in Asia

The National University of Singapore remains the top Asian university, according to the annual ranking from QuacquarelliSymonds. The University of Hong Kong is up one place to second having switched places with the Korea Advanced Institute of Science & Technology.

The leaderboard is dominated by Singapore, South Korea and China. 110 of the top 300 universities are in China, including 74 on the mainland, while Japan has 68 and South Korea 45.

Rankings are determined by academic reputation and the faculty-student ratio (50%), citations per paper and number of papers published account (15%) the university’s reputation as an employer (10%) and a series of measures of open-ness to the rest of the world (25%.) 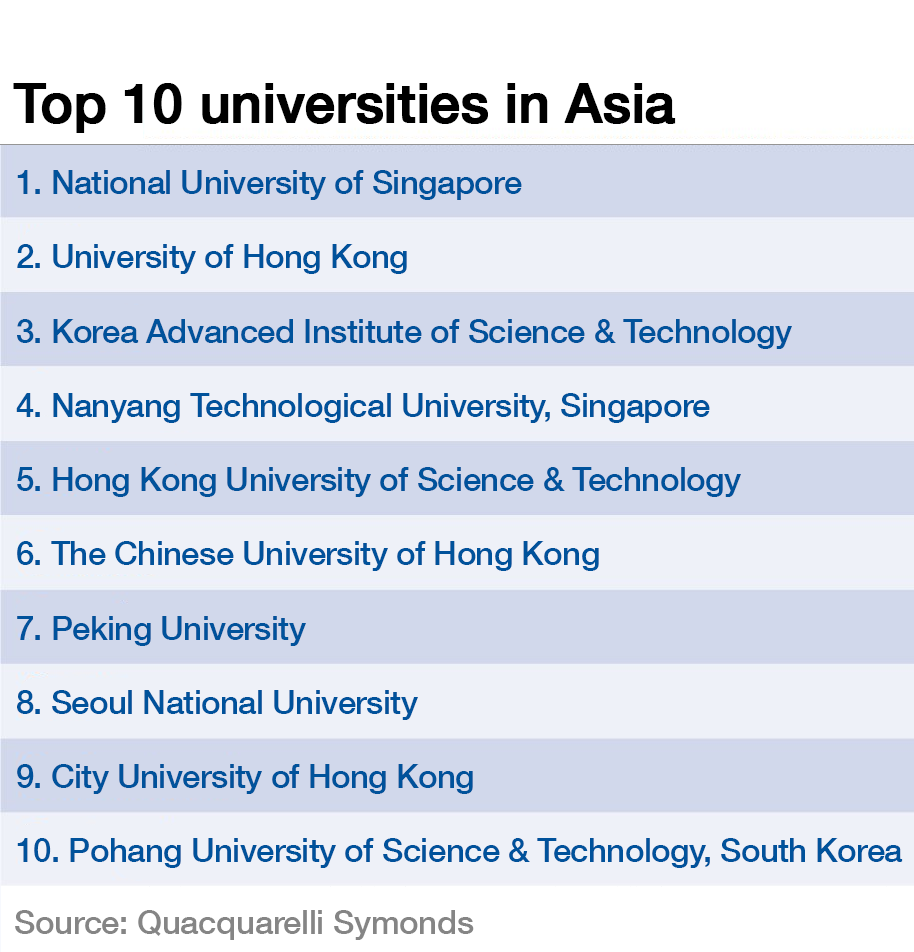 Image: Researchers at a laboratory in the National University of Singapore July 16, 2013. REUTERS/Edgar Su)

None of the countries in Central Asia region meet WHO safety limits for small particles. The World Bank offers five ways countries can improve air quality.