Which is the most peaceful country in the world?

Despite an increase in geopolitical tensions and an upsurge in violence in certain parts of the world, last year saw the overall level of global peacefulness remain stable, according to the latest Global Peace Index report. 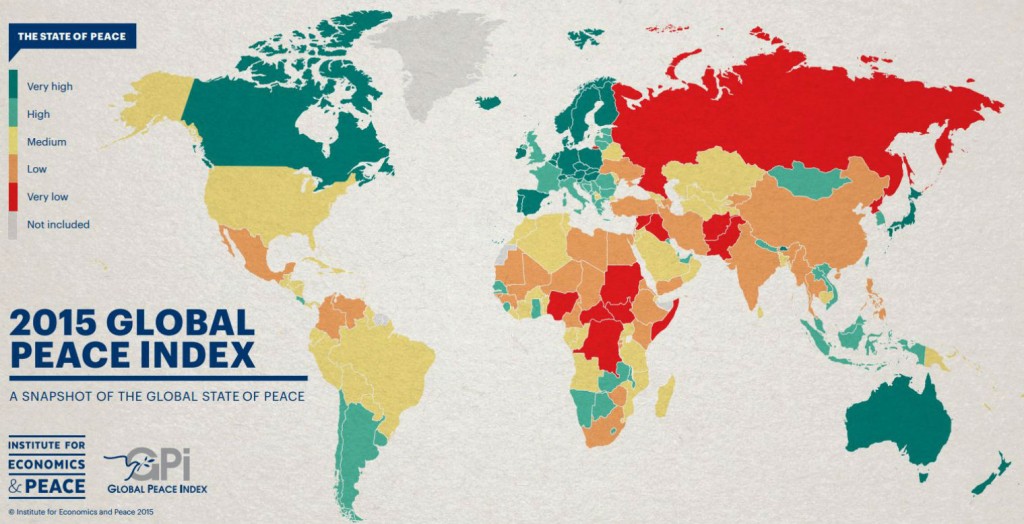 The MENA region is ranked the least peaceful in the world and saw the most significant changes compared to the previous year as violence flared across Iraq, Syria, Libya and Yemen.

Overall, 81 countries became more peaceful while 78 countries were worse off.

The Global Peace Index, issued by the Institute for Economics and Peace, ranks 162 independent states covering 99.6% of the world’s population.

The 10 most peaceful countries

Image: A pile of rocks stand in front of a waterfall in Skogarfoss, Iceland May 28, 2011. REUTERS/Lucas Jackson

As the world enters 2022, we appear to be at a crossroads—with the possibility of greater geopolitical competition or greater global cooperation ahead.