What keeps young people up at night?

We may look back at our childhood as the most carefree time of our lives, but it seems young people are much more in tune with global challenges than we sometimes give them credit for. It’s something world leaders are starting to recognize. Speaking about the need to include youth in global decision-making processes, Ban Ki-Moon referred to them as “gifted with open minds and a keen awareness of emerging trends”.

So when the United Nations and the international community were in the process of setting the post-2015 Sustainable Development Goals, they turned to young people for guidance. The survey, which was answered by over 1.5 million under-15s around the world, asked them to identify the six most important issues for themselves and their families out of the following 16: 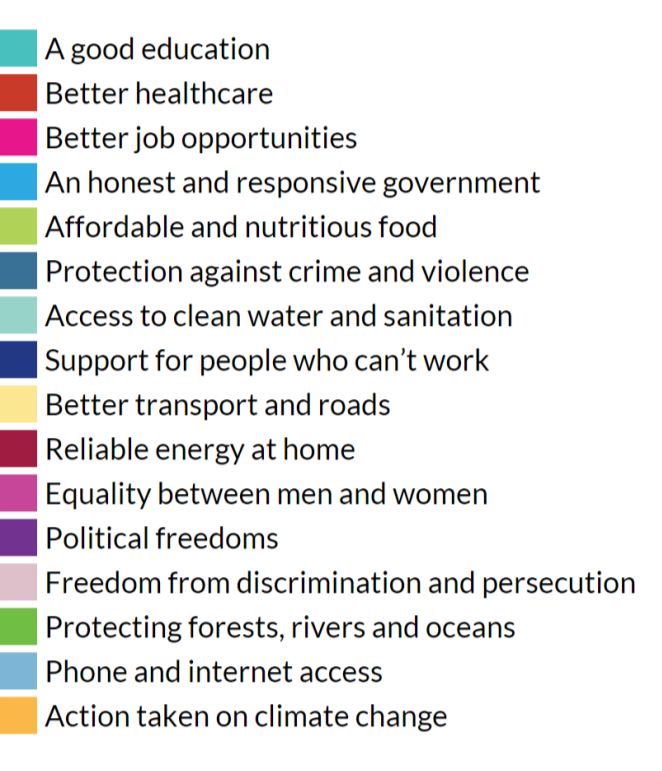 So as we celebrate International Youth Day, what did young people identify as their main concerns, and how do their priorities compare with other age groups?

As with all other age groups, young people ranked a good education as their top priority. But unlike respondents over the age of 16, who said better healthcare was their second-biggest concern, those 15 and under said having better job opportunities was more important to them. And while other age groups chose honest and responsive governments as their fourth priority, the youngest survey respondents felt access to clean water and sanitation was more urgent.

Surprisingly, given that they have grown up in an age of increasing climate awareness and will be around the longest to feel the full impact of climate change, they were the only age group to list the protection of forests, rivers and oceans and action on climate change as their bottom two priorities.

Have you read?
Are today’s young people poorer than ever?
How optimistic are parents about their children’s financial future?