13 highlights from the top tech, science and business meeting

Here are just a few of the top moments from the Annual Meeting of the New Champions 2015.

Li Keqiang: China is a source of opportunity, not risk

Premier Li Keqiang of the People’s Republic of China opened the meeting with his first statements to an international audience since China’s economic fluctuations over the summer. His message? China will not be swayed by short term economic indicators, it will continue to open up and reform, and become an increasingly strong partner in the global economic system.

The previous day, the Premier addressed an intimate audience of CEOs, answering questions about the economy, the currency, sources of growth, international investment, and the environment. 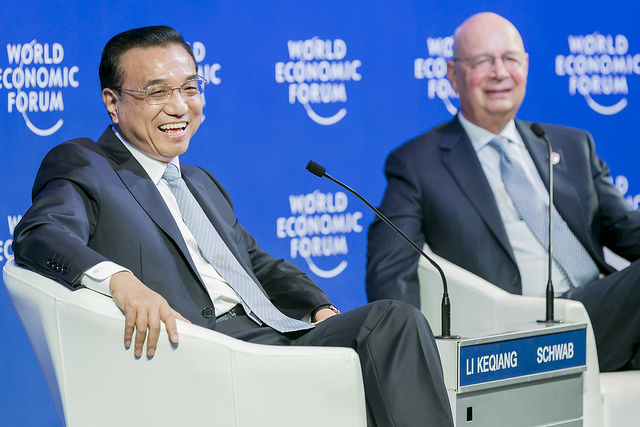 In an opening press conference, co-chairs set out the aims of the Meeting. Mozilla’s Mitchell Baker called for global, sustainable, equitable and personal growth; Jeffrey Tarr of DigitalGlobe made a passionate plea for participants to contribute to global environmental and health mitigation; and AirBnB’s Nathan Blecharczyk asked how we can connect the new and powerful concept of the sharing economy to traditional business. 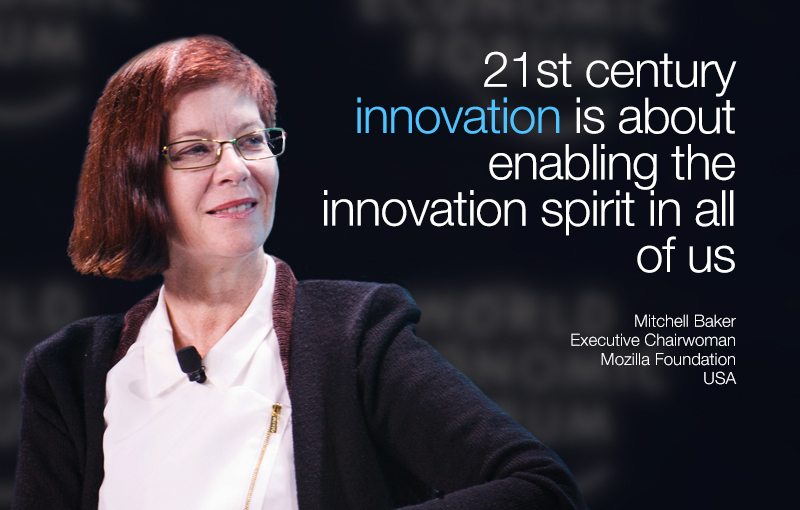 In the session ‘Future-Proofing the Internet Economy’, Jack Ma, Executive Chairman, Alibaba Group, called for the creation of an ‘eWTO’ which moves at the same speed as the internet to support small businesses and nations.

That wasn’t the only interesting thing he said. For more, see 6 Video Quotes from Jack Ma.

A new measure for growth was unveiled

The biggest challenge leaders face is finding sustainable ways to share the fruits of growth evenly. A new report, Inclusive Growth and Development 2015, which covers 112 economies, looks to how countries can use a diverse spectrum of policy incentives and institutional mechanisms to make economic growth more socially inclusive without dampening incentives to work, save and invest.

Explore the results of the analysis below.

Participants experienced an immersive virtual reality journey into the daily life of a Syrian girl living in a refugee camp in Jordan. Clouds over Sidra was commissioned by the United Nations and created by Gabo Arora and Chris Milk

The world’s first coordinated virtual reality experience was introduced by the filmmaker and included a Q&A session.

Read more about this and other technologies in our Agenda in Focus series on Inside Science.

What has the next industrial revolution have in store for humanity?

Professor Schwab led an all-star cast in discussing the forthcoming technology revolution “unlike anything humankind has experienced before.”

Many of the technologies on display and under discussion at the meeting will overturn our understanding of what it means to be human. 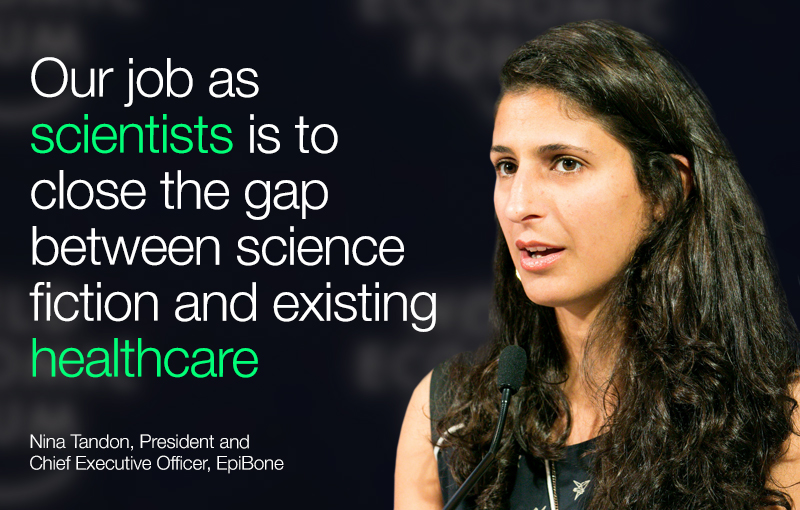 One crucial challenge: an impending revolution in the nature of employment. 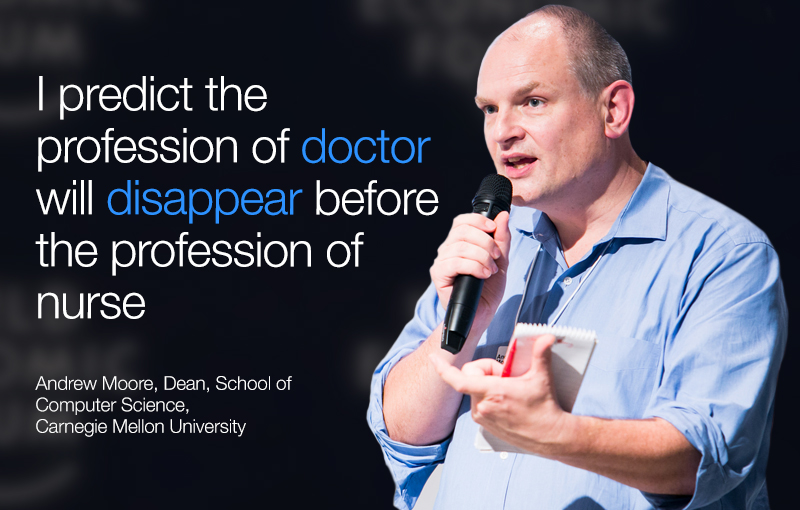 What will it mean when human characteristics are optional? 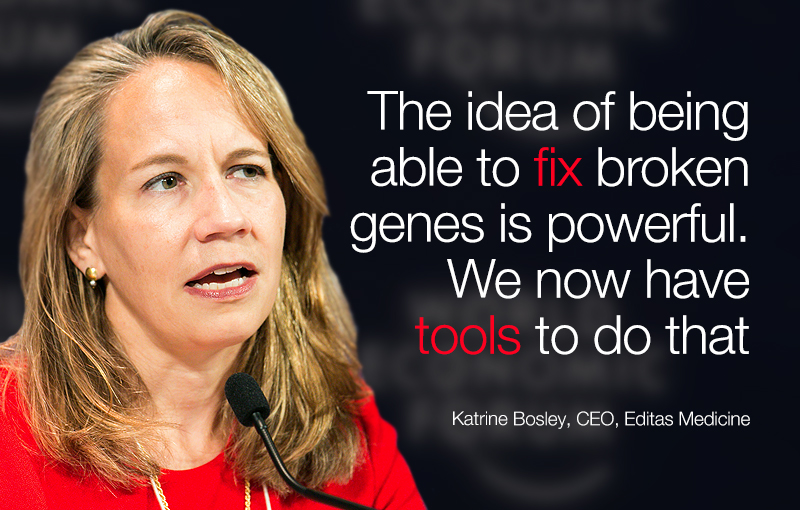 Chinese industry is leapfrogging to the next generation through entrepreneurship and innovation. Join four Chinese new champion disruptors in a lively discussion on the implications of the wholesale transformation of business and society.

Business leaders looked into the future of Asia’s economies

Zanny Minton-Beddoes, Editor-in-chief of The Economist, led some of Asia’s top business leaders through a tour of Asia’s economic opportunities and risks.

And some of the world’s top economists looked at the global economy from the Asian perspective. 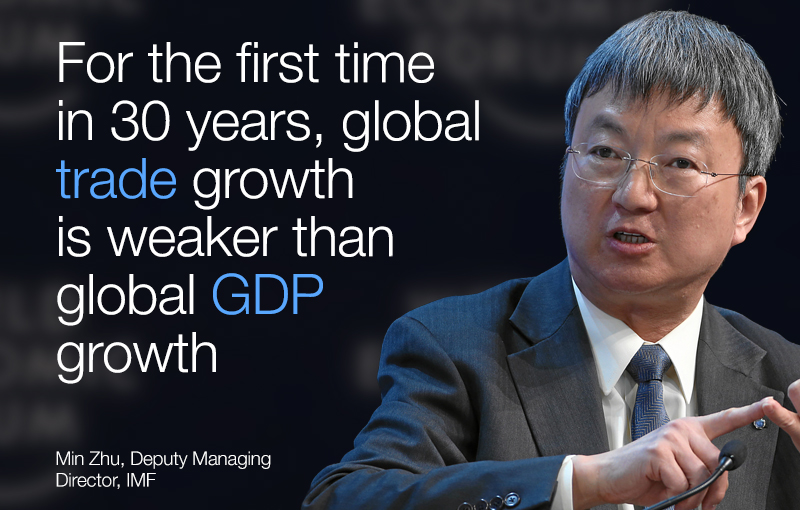 “Why don’t people accept the science of climate change? This is part of a much bigger pattern. ”

Naomi Oreskes, Professor of the History of Science at Harvard University, introducing a new documentary about science doubters and disruptive climate change, Merchants of Doubt.

Why do people deny science?

Fifty sessions on everything from cutting edge neurology through to China’s economic challenges were webcast and are available here online, together with dozens of articles featuring the latest ideas from the world’s top leaders.

Digital technologies can make the real world more livable and sustainable. Here's how

Digital technologies can save the world, but business leaders need to use them responsibly to address global issues such as social inequalities and climate change.

A new study shows that nations most affected by climate change are least likely to receive public funding for climate tech research.

This groundbreaking tattoo can indicate your blood oxygen levels