Has the TPP deal finally brought trade up to date?

In welcoming the Trans-Pacific Partnership (TPP) trade deal, President Obama called upon the slogan “Made in America” for both the opening and closing of his short remarks. A strange way, perhaps, to welcome what has been hailed as the first 21st century trade deal, supposedly designed for global value chains. With an eye on ratification battles to come, the President no doubt chose his words carefully.

Indeed, it’s a confused political environment we’ve set up around trade in most parts of the world. Vaunting their success at opening markets abroad, politicians mostly stay quiet in public on the opening that must happen at home. In the M.C. Escher world of trade popularization, exports never quite seem to turn into imports. This is doubly unfortunate – not only does it make agreements harder, by fuelling tough negotiating approaches; it also means that once deals are struck, the politically minded tend to move quickly on. For, simply put, negotiations are spun on promises of opening foreign markets, while implementation requires actually opening markets at home. 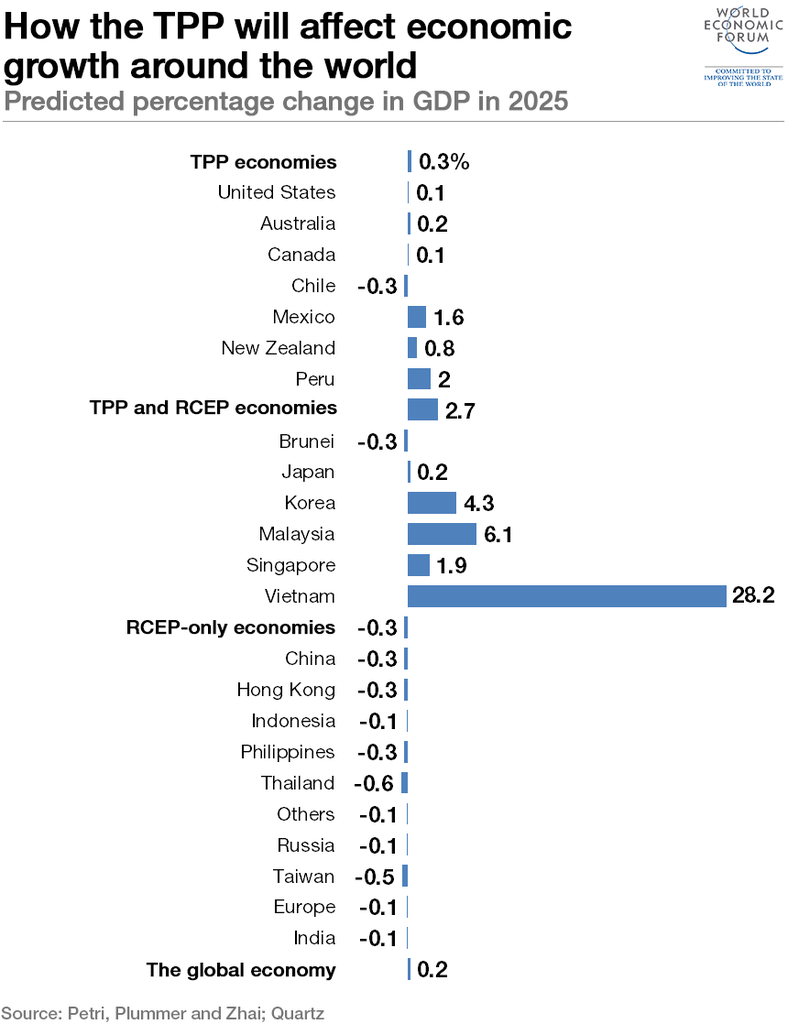 The fifth of October was an auspicious day for trade in more ways than one though. In addition to the TPP announcement, the EU presented the WTO with its ratification of the Trade Facilitation Agreement (TFA) while the OECD unveiled its proposals for international tax reform to combat Base Erosion and Profit Shifting (BEPS). The first of these brought entry into force of the TFA markedly closer, if still some way off. The second showed a path towards closing international tax loopholes worth perhaps $240 billion annually, according to the OECD. Combined, the three make for an interesting mix: decisions about market opening, a step towards actually delivering on past commitments and at least an aspiration to deal with abuses that have soured the public to international commerce. Could this signal that, whatever the concerns of presidential speechwriters, a 21st century approach to trade is finally here?

Half a world away from the TPP closing drama, trade ministers gathered in Istanbul for G20 meetings seemed to think so. Waiting for their colleagues held up in Atlanta by the brinkmanship so beloved of trade negotiators; one minister after another, from Africa, from Asia, from Europe, all spoke of encouraging and easing investment. Not the most revolutionary call, one might think, but since investment was excluded from negotiations at the WTO over a decade ago, trade conversations sometimes seem to take place using only verbs, with nouns banned from the room. The TPP’s more rounded approach has added back crucial vocabulary. Its success will continue to enrich conversations elsewhere.

The text of the new agreement was still not available after the announcement of its conclusion. Somewhat at odds with its own chapter on transparency, summarized as “regulations that are likely to affect trade or investment between the parties are subject to notice and comment”, the TPP was frustratingly both secretive and leaky. More likely indicative of sections of underwhelming, rather than nefarious, content, this means we continue to ask, rather like farmers around the pacific, “where’s the beef?”

However, in seeming to address head on issues that matter for services, investment and the digital economy, as well as the environmental and human factors that make trade publicly acceptable, the TPP does appear to move negotiations closer to reality. Indeed, rather than just playing catch-up with business realities, the TPP may help us imagine new ways to trade.

Have you read?
4 things to know about the TPP trade deal
Why the TPP is about more than trade

Image: Cranes and containers are seen at the Ports of Los Angeles and Long Beach, California February 6, 2015 in this aerial image. REUTERS/Bob Riha Jr