Which Asian economy is most optimistic about the future?

Taiwan has emerged as the Asian economy that is most optimistic about the future, in Mastercard’s Next Generation Well-Being Index.

The index asks respondents 10 questions related to the issues and outlook for the next generation – the next generation being anyone born since the year 2000. The results were averaged to generate the index, which operates on a scale of 0-100 – with 0 the most negative, 50 neutral and 100 the most positive. 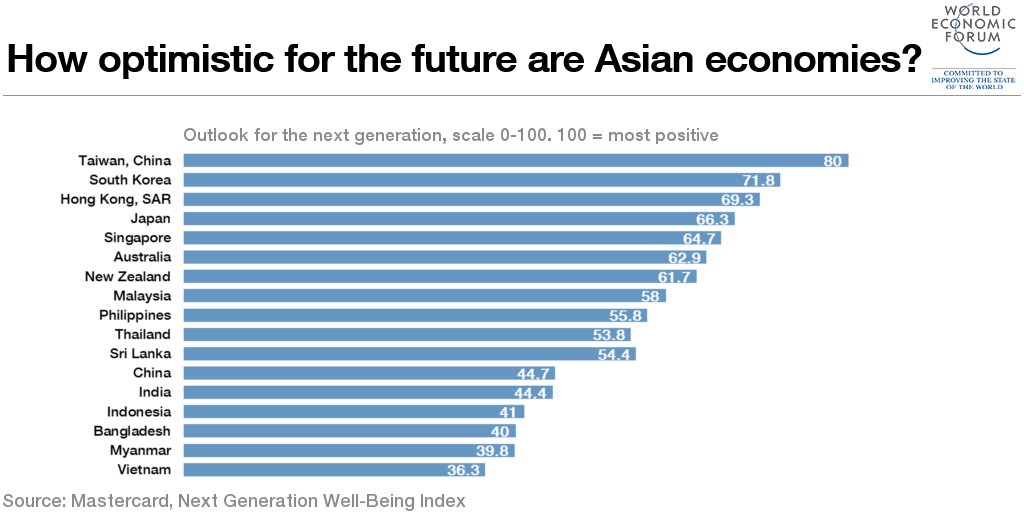 Developed economies feature strongly at the top of the list, while emerging markets are generally more pessimistic about the future. For example, China, India and Vietnam all fall below 50, so are classed as not feeling optimistic for future generations.

Have you read?
Which country has the highest level of well-being?
How optimistic are parents about their children’s prosperity?
Which countries have the happiest children?