Which countries produce the most hydroelectric power?

As the world attempts to stall climate change by cutting emissions and dependence on fossil fuels, energy from renewable sources has become an integral part of global strategies. But hydroelectric power, despite being an important energy source in many nations around the world, is often overlooked.

The 2012 data in the chart below is taken from the US Energy Information Administration (EIA), which provides independent national and international energy statistics. 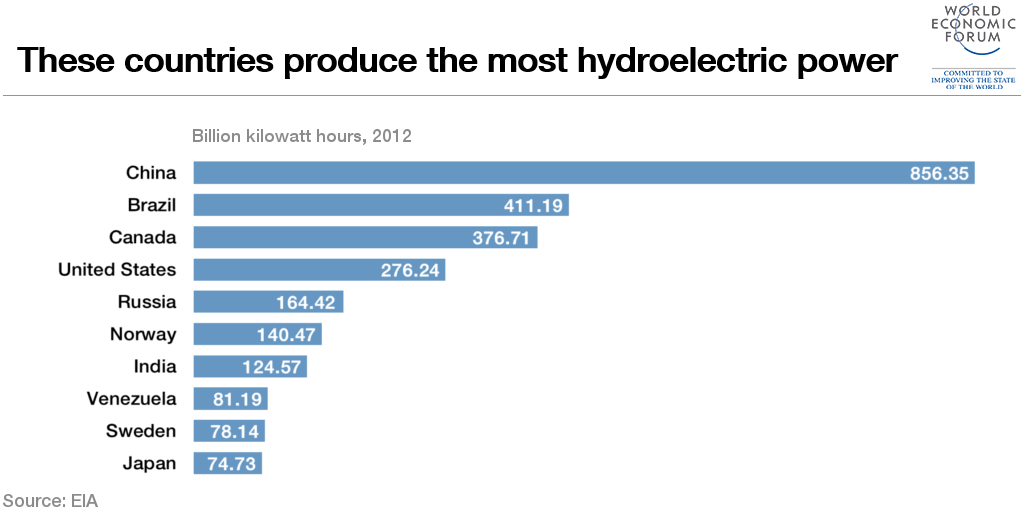 Alongside the United States, in fourth, there are also places for Norway, Sweden, India, Venezuela and Japan, showing the geographical dispersion of hydroelectric power production.

How green corridors can enable the transition to zero-emission shipping