Can governments make us happier?

Over the last few years, thinking on happiness has undergone a sea change. Until recently, it seemed sensible to assume that our happiness was determined by factors such as luck, fate, or genes that are beyond our control. It was easy to believe that, in the words of Samuel Beckett, the “tears of the world are a constant quantity.”

But new discoveries point to fresh ways of thinking about happiness, as something over which we do have control and that can be taught.

Happiness depends on many factors, from obvious things, like enjoying good health and close relationships, to others that might not seem immediately intuitive, like engaging in generous behavior. Some of these can be learned or cultivated, and courses that teach positive mental habits – like appreciating things that matter or avoiding dwelling on setbacks – have demonstrated measurable improvements in wellbeing. The Dalai Lama recently helped launch a series of such courses in London, developed by Action for Happiness, an organization that I helped found. 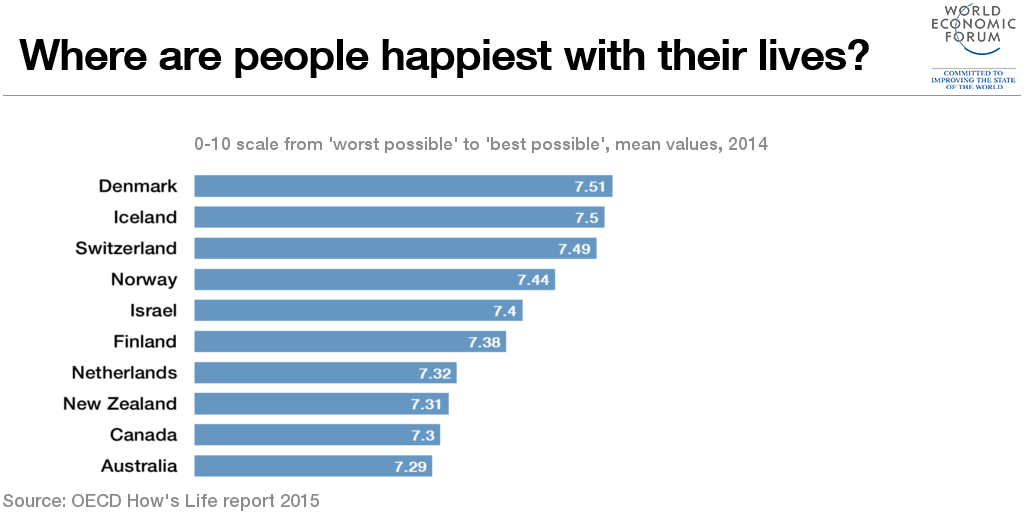 How countries are governed has a huge impact on happiness. Success in maintaining peace, the rule of law, and a functioning democracy matter greatly. There is very strong evidence that these tend to correlate with wellbeing, and probably cause it, and there are obvious reasons why this should be the case. Being in a country at peace does not of itself make everyone happy; but it removes many obvious causes of unhappiness.

Individual policies can have a big impact, too. There is strong evidence for encouraging greater attention to mental and physical health, and for placing a high priority on reducing unemployment. But evidence in other areas remains patchy. We simply don’t know how different policies on marriage will affect wellbeing, even though we know that marriage correlates with it.

Similarly, we don’t know whether more or less compulsory schooling, or which curriculum, has a positive or negative effect. Overall, education has surprisingly little clear impact on happiness (perhaps because expectations often rise faster than the possibility of meeting them). Nor is the science unambiguous about whether rights to parental leave and flexible time, later retirement ages, or laws promoting work sharing, have the effects one might expect.

The problem is partly a matter of insufficient evidence; but complex interactions sometimes make tracing causation difficult. At first glance, one might think that lowering taxes would make people happier, because having more disposable income increases their wellbeing. But other factors can also come into play, such as whether the tax cuts are perceived as fair and whether they are accompanied by unpopular spending cuts.

By contrast, at the level of individual programs, there is now a great deal of strong evidence. There are now detailed manuals describing the effects of different kinds of exercise on both physical and psychological health. For the elderly, remaining active is a clear source of happiness, whether that means exercising, volunteering, or engaging in paid employment. (Indeed, a survey in Canada found that paid employment was the most satisfying activity for people over the age of 65.)

There is also mounting evidence that policy interventions in schools to promote resilience or empathy can have a positive impact on wellbeing. And there are suggestive indications that urban planning can influence happiness, especially when it reduces the time spent commuting or alleviates worries about crime.

It is impossible, of course, to eliminate suffering. It is part of the human condition. But it is within the power of individuals and governments to make the world a happier place. The tears of the world need not be a constant quantity.

Author: Geoff Mulgan is Chief Executive of the National Endowment for Science, Technology, and the Arts and a founder of Action For Happiness.

A new study looks at whether financial penalties or bonuses serve as a better incentive to employees.

Olympics: How a shift in focus can help you achieve your goals