What are the health costs of a weak labour market?

Cell death and cytokine storms: how your body's innate immune response is crucial to battling COVID-19

Alexander Poltorak · The Conversation 02 Jun 2020
More on the agenda

Employment growth was strong in October, with the U.S. economy adding 271,000 jobs last month, according to the latest employment and earnings data released by the U.S. Bureau of Labor Statistics. The unemployment rate, however, changed little, from 5.1 percent to 5.0 percent, and the employed share of the prime-age population (ages 25 to 54) remained stuck at 77.2 percent.

Last month, the hourly pay for private-sector workers was up 2.5 percent compared to the same time last year. Although this jump in wages may reflect true wage growth acceleration, there is some worry that this sudden jump is mostly a data correction given that hourly earnings were essentially unchanged between August and September. Earnings data for November and December will help clarify whether this jump was more of a correction or a true acceleration. 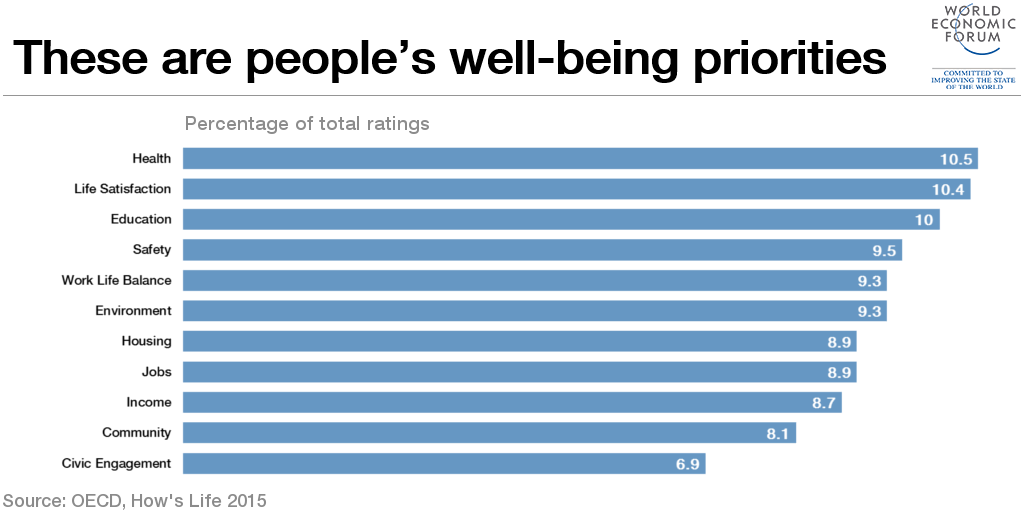 Most of the wage growth in October appears to be in the retail and wholesale trade sectors as well as utilities, where wages grew by 3.2 percent and 5.0 percent, respectively, at an annual rate. Wage growth continues to be slower for production and nonsupervisory workers, a group that comprises about 80 percent of the workforce. For these workers, wages grew by only 2.2 percent relative to last year, in contrast to 2.5 percent overall—an indication that wage inequality is on the rise. The rate of wage growt for production workers has been slower than the overall wage growth rate every month of 2015.

The U.S. economy added 271,000 jobs last month, with large increases in health care (56,700), food services (42,000), and retail (43,800). These three sectors accounted for more than half of the total job gains in October. The average monthly change over the past three months is now 187,000. The mining sector continued to shrink, losing 4,000 jobs last month, due in no small part to low energy prices. After some jobs gains in 2014, the mining sector has contracted every month of 2015.

In contrast to the positive growth in the establishment survey, the household survey found that unemployment in October fell only slightly to 5.0 percent, and the employed share of the prime-age population (ages 25 to 54) remained stuck at 77.2 percent. After increasing nearly a percentage point over 2014, the prime-age employment rate has stalled, staying in the range of 77.1 percent to 77.3 percent every month this year. The U.S. economy has not seen consistently strong, nominal wage growth in the past 25 years without prime-age employment rates close to 79 percent.

What’s more, the weaker employment-to-population rates in general may well be related to worker health, such as the recent rise in mortality uncovered by economists Anne Case and Angus Deaton of Princeton University. Case and Deaton found a striking increase in U.S. mortality rates since 1999 among white, non-Hispanic individuals between the ages of 45 and 54. The significant increase in suicides and poisonings for this group coincides with the general worsening of the U.S. labor market beginning around the 2001 recession. The employed share of the white population ages 45 to 54 rose relatively consistently until the year 2000, when it peaked at close to 82 percent. After the 2001 recession, the employment rate never recovered to its prior peak, and then fell sharply again during the Great Recession of 2007–2009. Now, it stands at less than 78 percent.

Incomes also fell very sharply for the group that Case and Deaton identified as seeing the largest increase in suicides and poisonings: white, non-Hispanics ages 45 to 54 with no college education. For this group, inflation-adjusted median family income rose by less than 3 percent between 1990 and 2000, before plummeting by almost 18 percent between 2000 and 2010, according to Current Population Survey data.

There is obviously a complex relationship between the health of individuals and conditions in the labor market—health-harming job losses could perhaps be offset by less pollution during a recession—but one common finding is that suicides are more frequent when the labor market is slack. There are many economic factors for policymakers to consider before raising interest rates, especially when it is not clear that there will be consistent, strong wage gains and employment growth going forward, but Case and Deaton’s research highlights another factor—the potential health costs of a weaker labor market.

Image: A patient has her pulse checked during a medical check-up. REUTERS/David Gray.

The UN predicts the pandemic could push 500 million people into poverty. A global plan is needed to help the economies of developing countries.

COVID-19 has lead to more employees working from home, with 98% of people saying they would like the option to work remotely for the rest of their careers.

Is a 3-day split week the way to get people back to work?