What are your digital rights?

Digital rights are basically human rights in the internet era. The rights to online privacy and freedom of expression, for example, are really extensions of the equal and inalienable rights laid out in the United Nation’s Universal Declaration of Human Rights. According to the UN, disconnecting people from the internet violates these rights and goes against international law. British Prime Minister David Cameron recently pledged to give all UK homes and businesses access to fast broadband by 2020, adding that access to the internet “shouldn’t be a luxury, it should be a right”. 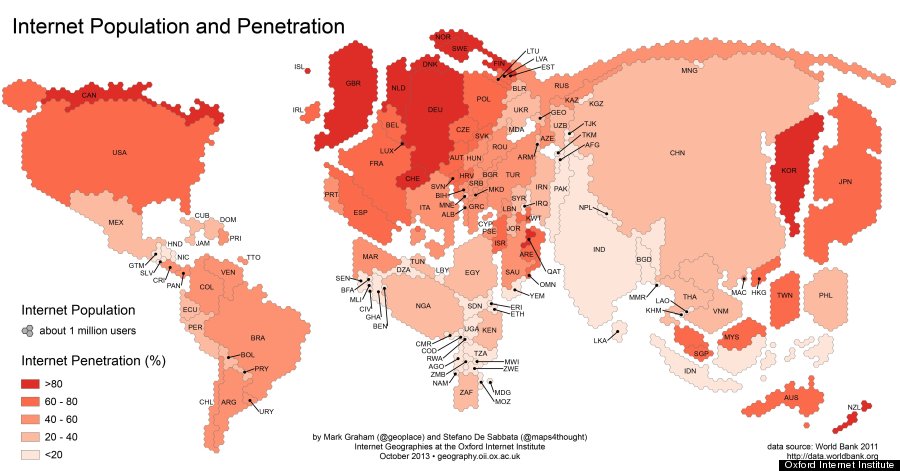 Why do digital rights matter?

As we increasingly conduct our lives online – shopping, socializing and sharing information – our digital rights, particularly the rights to privacy and freedom of expression, are becoming more important. We need to understand how our data is being used by companies, governments and internet giants such as Facebook and Google. Is it being handled fairly and scrupulously, or sold or shared without our consent?

Revelations about surveillance programmes and digital hacking have sparked political and diplomatic wrangles. National Security Agency (NSA) whistleblower Edward Snowden has called for new international laws to protect data privacy, arguing that now we know about mass data surveillance it is time to “assert our traditional and digital rights so that we can protect them”.

How do we know if our digital rights are being respected?

If you’ve ever clicked “agree” without reading the terms of service of internet companies, you are far from alone. Many of us don’t bother to look at the reams of small print when we first use an online service. But a non-profit research initiative called Ranking Digital Rights has done the hard work for us and found that internet and telecommunications companies, to varying degrees, are failing to respect their users’ rights to digital privacy and freedom of expression.

Ranking Digital Rights, which is based at the New America Open Technology Institute think tank, assessed the user agreement policies of 16 of the world’s biggest internet and telecommunications companies for its 2015 Corporate Accountability Index. The index allows users, investors, activists and policy-makers to compare how – and whether – companies are making efforts to respect our digital rights.

Rebecca MacKinnon, director of Ranking Digital Rights, said: “Our hope is that the index will lead to greater corporate transparency, which can empower users to make more informed decisions about how they use technology.”

Who is looking at my data?

Governments, companies and cyber criminals can easily collect our personal data and track our movements and communications. But most of us wouldn’t know who exactly has access to the data trail we create. In 2014, Facebook, Microsoft, Yahoo and Google began publishing details about how many times the government asked them for data. Facebook said that around the world, government requests jumped in the first half of 2015 to 41,214 (up from 35,051 in the second half of 2014). Most of the requests came from US law enforcement agencies, demanding information about Facebook users’ IP addresses and account details.

Brands, on the other hand, want to look at the content that we create and share, such as our social media profiles and location data from mobile phones, because it helps them build a picture of how we spend our time and money.

Should we be worried about hackers getting hold of our personal details? In the latest of a string of high-profile cyberattacks, UK telecoms company TalkTalk’s firewall was hacked, which put personal details of up to 4 million customers at risk. According to Ernst and Young’s 2015 Global Information Security Survey, companies are concerned about the threat of cyberattacks and are looking to increase spending on security measures.

Should we trust governments with our data?

In 2013, Snowden’s revelations about the extent of US government spying sent shockwaves around the world. The fallout continues, with civil-society organizations and foreign governments complaining about the relationship between American security agencies and internet giants, which have been accused of too readily handing over their users’ data.

Microsoft has responded by announcing plans to build two data centres in Germany to keep European customers’ information out of the hands of US officials. Meanwhile, in the UK, campaigners are calling for judges, rather than the home secretary, to sign warrants that authorize security agencies to look at citizens’ data.

Earlier this year, the UN appointed its first Special Rapporteur on the Right to Privacy. Joseph Cannataci, an expert on privacy, data protection and information technology, will report on how the erosion of online privacy undermines fundamental freedoms and democracy.

While it may be hard to protect privacy in the digital age, it seems that people around the world are becoming increasingly aware of their digital rights and are prepared to fight back against internet surveillance.

Have you read?
Which nations are top for digital?
Can we have both security and privacy online?
Tim Berners-Lee: ‘What’s the dollar value of the web?’

Data regulation should be updated to empower workers to access and use their data to further their careers – and not just enable data-hoarding corporations.