Which are the world’s biggest sources of renewable power?

Hydro power remains the world’s primary, and most important, source of renewable energy, according to data from the International Energy Agency (IEA) and the US Energy Information Administration (EIA).

In 2012, hydroelectric power generation amounted to 3,646 billion kilowatt hours worldwide, while in 2013, it represented over 16% of the world’s total energy production – in contrast other renewable sources accounted for less than 6%.

The following chart outlines the use of renewables for energy production around the world, using 2012 EIA data for billion kilowatt hours of electricity generated. 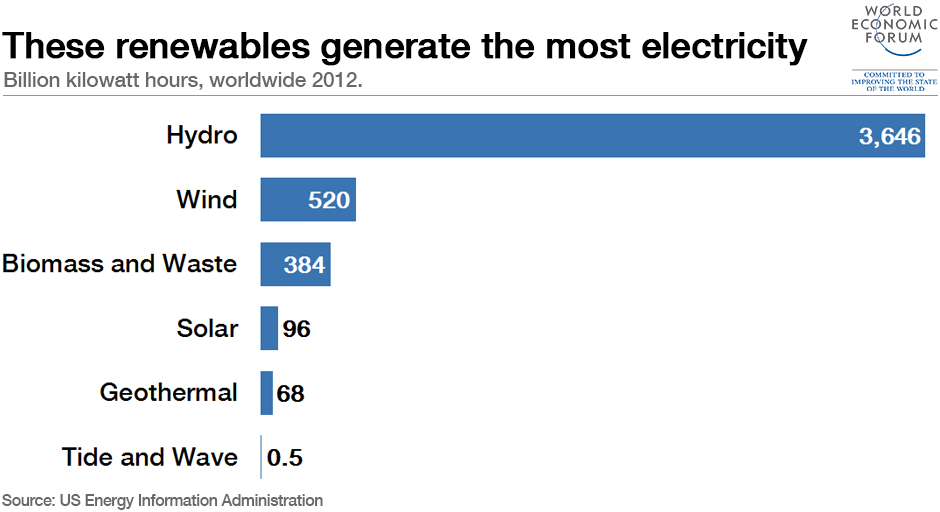 The chart highlights the importance of hydropower, but it also emphasises the other renewable sources that are important to electricity production around the world. Wind power is next on the list, with 520 billion kilowatt hours in 2012, while the top 3 is completed by biomass and waste with 344bn kilowatt hours.

Other renewables currently important to global energy supply include solar – some 96bn kilowatt hours – geothermal, and with currently much lower levels of electricity generation, tide and wave.

However, these levels are set to increase further, with technology improving across the sector and the Paris climate talks boosting worldwide interest in renewables.

The following chart shows the increase in renewables over the last 5 decades, with the category “other” incorporating the majority of renewables, including wind, solar and geothermal power. 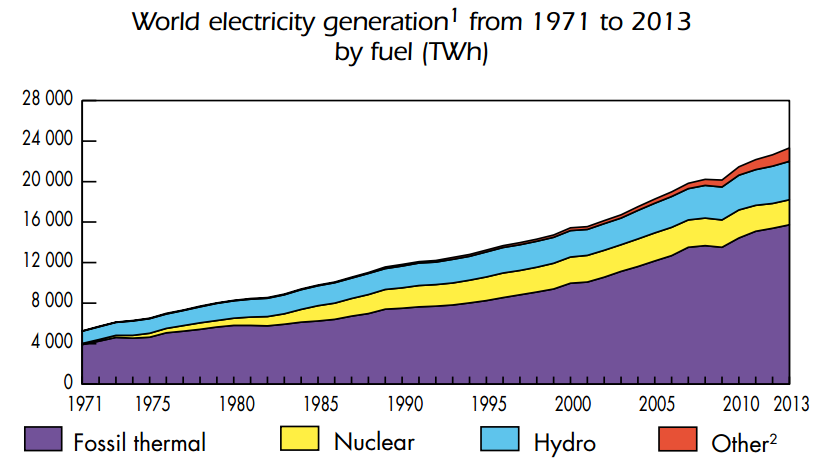 However, as the chart also highlights, there has been around a five-fold increase in electricity generation over the same period, and the use of fossil fuels has also increased.

It serves to remind us that while progress is being made in making the world’s energy clean, there is still significant work to be done if we are to end our reliance on fossil fuels.

This video game is helping preserve an indigenous culture. Here’s how

2021 ocean temperatures were warmest on record