Which is the world’s most generous country?

Myanmar has been named the world’s most generous country in the Charities Aid Foundation’s World Giving Index 2015.

The index assesses three different kinds of giving, and the authors argue it provides a simple overview of charitable activity around the world. The three factors – the percentage of people who have helped a stranger, volunteered or donated money in the previous month – are given an overall percentage score. The following world map is based on these overall scores for each of the 145 economies assessed. 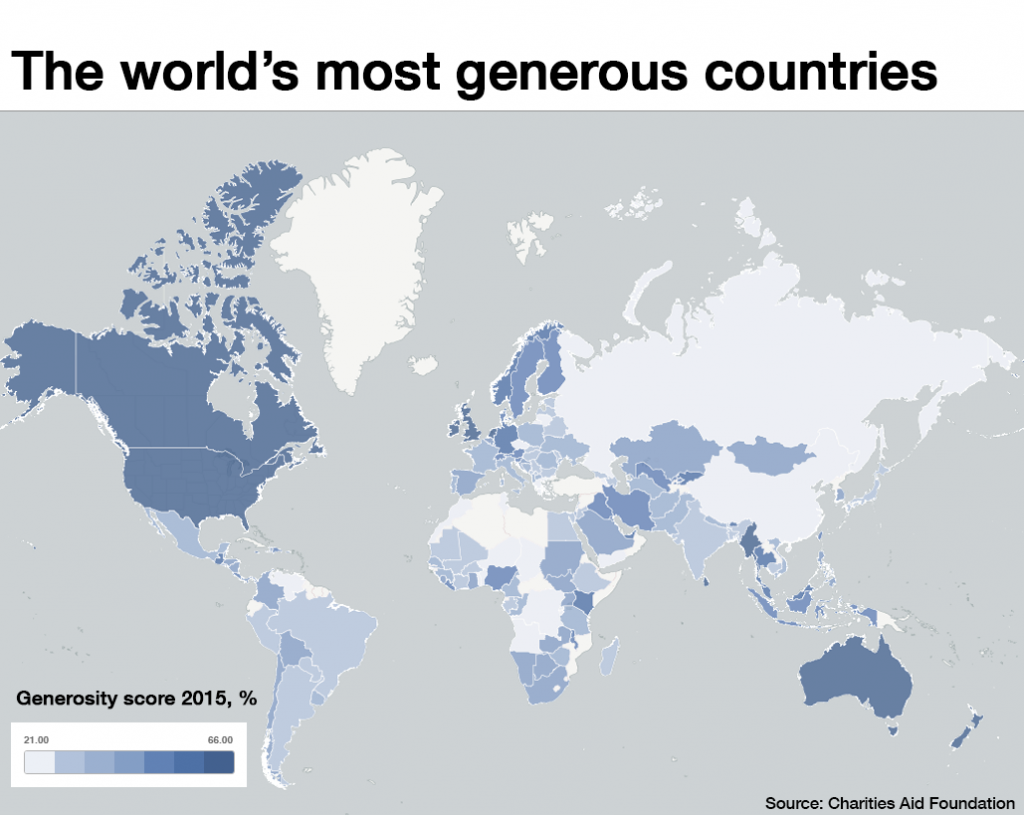 Myanmar tops the index with a score of 66%, and is followed in second place by the United States and New Zealand (both returning 61%).

The report presents several interesting findings reflecting global giving trends, with levels of donations and helping a stranger rising, and volunteering declining slightly. The report also finds that for the first time in six years, men are more likely to donate money than women.

The report also finds that only five G20 countries are in the top 20 this year – so having more money doesn’t necessarily make you more generous.

Have you read?
The economics of gift giving
Which is the happiest country in the world?
Where is well-being at its highest?

Image: A resident holds the hand of a nurse at the SenVital elderly home in Kleinmachnow outside Berlin May 28, 2013. REUTERS/Thomas Peter