Can the world beat genocide?

Slaughtering people not for anything they do, but simply for who they are – their national, ethnic, racial, religious, or political identity – is morally as bad as it gets. Yet that was the fate of at least 80 million men, women, and children in the twentieth century, including Armenians in Turkey, Jews in Europe, suspect classes in the Soviet Union and China, communists in Indonesia, non-communists in Cambodia, Bengalis in former East Pakistan, Asians in Uganda, Tutsis in Rwanda, and Muslims in the former Yugoslavia.

The Genocide Convention, adopted on December 9, 1948, in response to the Holocaust, should have been a circuit breaker. It wasn’t. Whether we label their suffering “genocide,” “politicide,” “democide,” or – sensibly, to avoid linguistic and legal hair-splitting – simply “mass atrocity crimes,” innocent civilians have continued to be slaughtered. And they are suffering or fearful still in many parts of the world – particularly the Middle East, Sudan, South Sudan, and Central Africa, and in vulnerable corners of Asia such as North Korea, Myanmar, and Afghanistan. 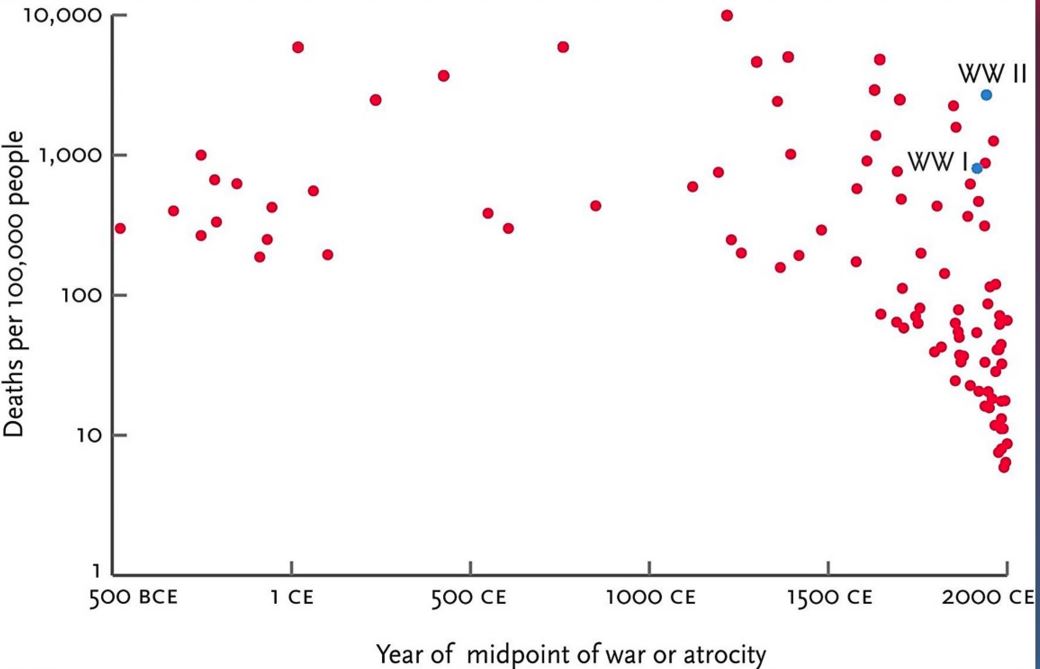 The United Nations General Assembly has now set December 9 as the International Day to commemorate genocide victims and focus on prevention. It is a good time to take stock of how far we have come – and have yet to go – in translating into reality the moral aspiration expressed seven decades ago.

The good news is that a genuine – and unprecedented – global consensus has emerged over the last ten years: State sovereignty is not a license to kill. Mass atrocity crimes – even those committed entirely within a state’s borders – have become the world’s business.

In 2005, the World Summit of heads of state and government and the UN General Assembly unanimously adopted the principle of the “Responsibility to Protect,” or R2P, as it has come to be known. The principle was designed to establish new standards of behavior and a framework for effective action to prevent and respond to genocide, ethnic cleansing, other crimes against humanity, and major war crimes.

The best evidence for the widespread acceptance of R2P as a normative standard lies in the General Assembly’s annual debates. Despite some early squirming, and although many states are more comfortable with the first two pillars than they are with the third, there is no serious doubt about any aspect of the principle. And, significantly, R2P language has been used nearly 40 times in Security Council resolutions since 2005, including recently in response to atrocity threats in Yemen, Libya, Mali, Sudan, South Sudan, and the Central African Republic (CAR).

R2P has also served as a catalyst for institutional change, with more than 50 states and intergovernmental organizations having established “focal points” – designated high-level officials whose job is to analyze atrocity risk and mobilize appropriate responses. Civilian response capability is receiving much more organized attention, as is the need for militaries to rethink their force configuration, doctrine, rules of engagement, and training to deal better with mass atrocity response operations – which often need to fall somewhere between peacekeeping and full-scale combat.

In terms of prevention, R2P has had a number of notable successes: Kenya after its 2008 presidential election, earlier crises in Sierra Leone and Liberia, Guinea after 2010, Côte d’Ivoire after 2011, and probably Kyrgyzstan after 2010. In Burundi, which is constantly on the verge of volcanic ethnic conflict, R2P-driven international diplomatic engagement has – at least so far – helped contain further eruptions. Most UN peacekeeping operations now have strong mandates to protect civilians, and most of those operations succeed in preventing simmering conflicts from escalating.

The not-so-good news is that on the critical challenge of stopping mass atrocity crimes that are actually occurring, R2P’s record has been mixed, at best. The clear success stories have been Kenya in 2008, Côte d’Ivoire, and – at least initially – Libya in 2011. And some partial success can be claimed for the new or revitalized UN peacekeeping operations in Congo, South Sudan, and the CAR.

But there have been some serious failures, certainly including Sri Lanka in 2009. In Sudan, where the original crisis in Darfur predates R2P but the situation continues to deteriorate, President Omar al-Bashir remains effectively untouched either by his International Criminal Court indictment or multiple Security Council resolutions. And, above all, there has been catastrophic international paralysis over Syria.

The crucial lapse in Syria occurred in mid-2011, when the Assad regime’s violence was one-sided and containable. Spooked by a perception that the Western powers had overreached in Libya by stretching a limited mandate to protect civilians into a regime-change crusade, and seeing another slippery slope in Syria, the Security Council failed even to condemn the regime. With Assad let off the leash, the situation deteriorated quickly into the full-scale civil war raging today.

Rebuilding consensus within the Security Council is not impossible, but it will take time. Brazil’s “responsibility while protecting” proposal suggests a way forward, by requiring all Council members to accept close monitoring and review of any coercive military mandate throughout such a mandate’s lifetime.

Fully effective implementation of R2P – and everything the Genocide Convention was intended to achieve – remains some way off; but I see no evidence anywhere that anyone wants a return to the bad old days.

We should never forget how bad those days could be. In November 1975, seven months after the Khmer Rouge had commenced its genocidal slaughter, US Secretary of State Henry Kissinger famously said to Thai Foreign Minister Chatichai Choonhavan: “You should also tell the Cambodians that we will be friends with them. They are murderous thugs, but we won’t let that stand in our way.”

As cynical as our political leaders sometimes remain, it’s hard to imagine any of them today feeling able to talk like that.

Image: A woman walks through the Holocaust memorial during heavy snowfall in Berlin. REUTERS/Wolfgang Rattay.

Following news of the plane crashing into the World Trade Center, the Secret Service evacuated the White House. A member of staff remembers the events.

While airport COVID-19 measures might relax, the security put in place after 9/11 will not be following suit anytime soon, writes a history professor.

What the world can do to solve the Afghan refugee crisis

ISIS-K: what are its aims and how much of a global threat is it?

If ransomware can shut the US energy 'jugular', what might it do to you? The head of Homeland Security talks to Radio Davos