What is a credit rating downgrade?

South Africa just saw its credit rating downgraded after two of the three major ratings agencies issued depressing assessments of the state of the country’s economy. Fitch Ratings cut its rating of South Africa’s creditworthiness to just above “junk”, while Standard and Poor’s (S&P) lowered its outlook from stable to negative, making it likely that the country will slide down to junk status over the next two years.

But what does a downgrade actually mean for countries, and how do credit agencies decide which nations deserve the top AAA score and which are consigned to the dustbin? 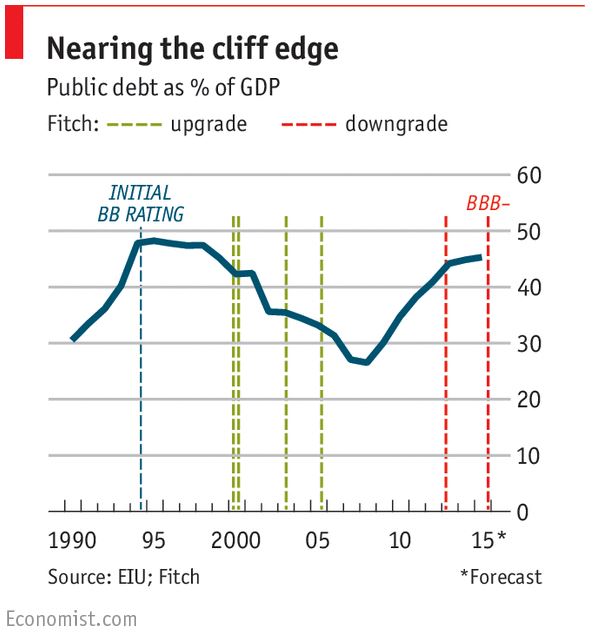 What are credit rating agencies?

Rating agencies provide global investors with information on the ability of corporations and countries to pay back debt – for example, how likely they are to make interest payments on time, or to default.

The three main global credit rating agencies are Standard and Poor’s (S&P), Moody’s and Fitch Ratings. Although there are many other smaller ratings firms, the dominance of the “big three” dates back to 1975 when the Securities and Exchange Commission (SEC) in the United States deemed them “nationally recognized statistical rating organizations”, or NRSROs. Concerns have been raised that a monopolization of the sector by a handful of agencies has led to a lack of competition, leaving investors with few alternatives.

In recent years, ratings agencies have also been criticized for having too much influence over markets. During the global financial crisis they came under fire for failing to adequately warn of the risks posed by certain types of debt, in particular mortgage-backed securities.

What do they do?

To anybody unfamiliar with the workings of rating agencies, their grades (for example, Fitch’s AAA score and junk status of BB+) might look like a bizarre form of code. But they are really just a way of marking borrowers (whether companies or governments) on their creditworthiness and telling buyers of debt how likely they are to be paid back.

This table shows how European economies, Japan and the US are scored by Standard & Poor’s, Moody’s and Fitch. 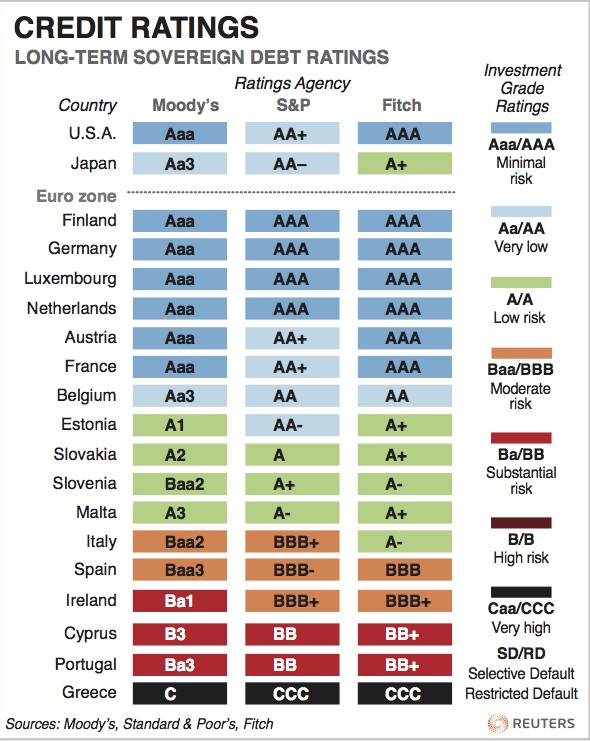 What happens when countries get downgraded?

Being downgraded can have a big impact on a country’s ability to borrow money on the markets. Investors see it as a riskier bet and demand higher returns to lend to governments.

As a country moves a step closer to junk, like South Africa did last week, investors see more risk and governments are left with fewer options to rescue the economy.

Countries that have been downgraded in recent years include Brazil, the US, the United Kingdom and a number of Eurozone governments. 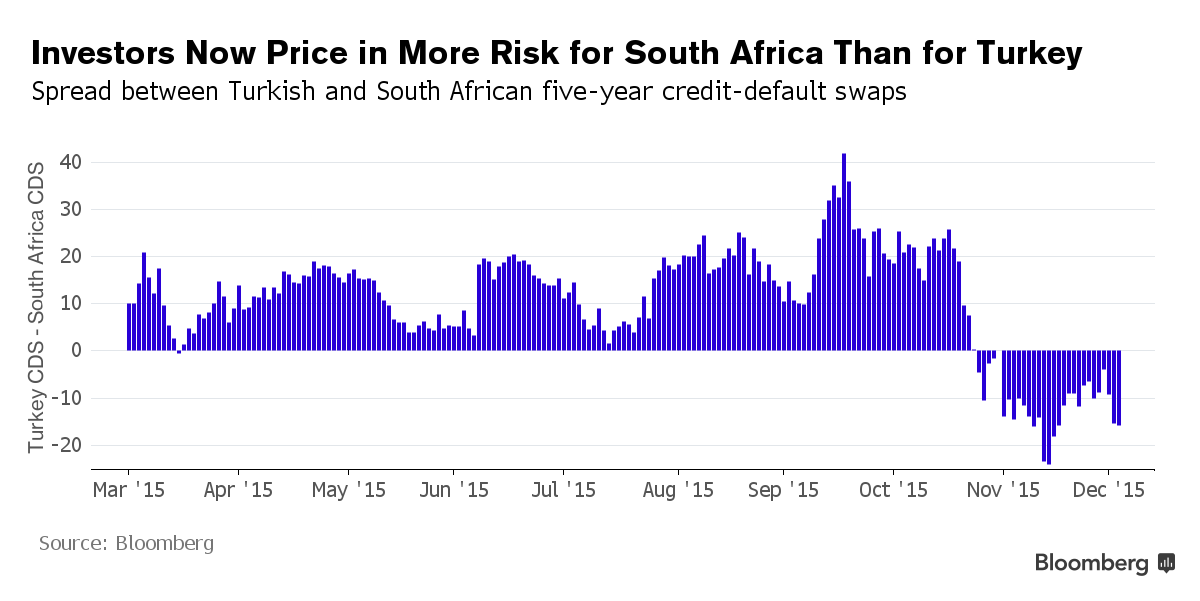 More on South Africa View all

Book review: How Africa was central to the making of the modern world

A new academic book, 'Born in Blackness', argues that Africa is central to the modern world - and draws a direct link between slavery and capitalism.

In a world first, South Africa grants patent to an artificial intelligence system

In South Africa, a zero-waste food bus hopes to drive away hunger