The real cost of LGBT discrimination

The latest video from the UN Free & Equal campaign, “The Price of Exclusion”, highlights the social and economic damage caused by discrimination against LGBT people globally.

According to studies carried out in the United States, the United Kingdom and Thailand, between half and two thirds of LGBT students are regularly bullied at school and up to a third skip school to escape harassment.

Many LGBT youth, bullied at school and rejected at home, end up homeless. Up to 40% of homeless young people on the streets of major U.S. cities identify as LGBT or queer, compared with likely less than 10% of the overall youth population. 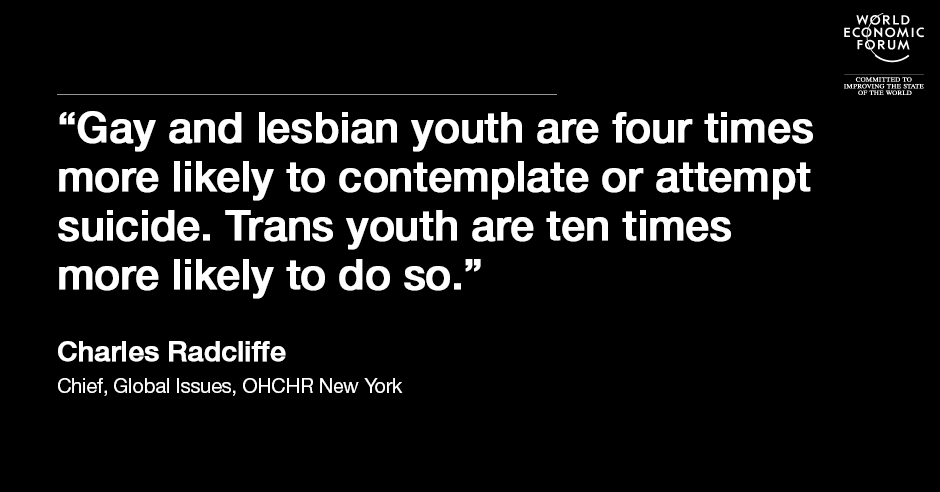 On a range of social and economic indicators, LGBT people, especially lesbians and transgender people, tend to fare poorly compared with the general population. Studies in multiple countries have found rates of poverty, food insecurity and joblessness to be elevated in the LGBT community.

These statistics represent untold personal tragedies for the individuals concerned; but they also reflect a senseless waste of human potential on a grand scale. Every trans youth thrown out of home or forced to miss out on an education is a loss for society. Every gay or lesbian worker driven to leave their job or even their country is a lost opportunity to build a more productive economy.

At a macro level, the cost to a country’s economy can be counted in the billions. According to a pilot study conducted for the World Bank last year, discrimination against LGBT people in India could be costing that country’s economy up to $32 billion a year in lost economic output.

Part of the solution lies with governments: new laws and policies are needed to protect LGBT people from unfair treatment. Since the early 1990s, with encouragement from the United Nations, some 45 countries have decriminalized homosexuality, more than 30 have introduced full legal recognition of same sex relationships and more 60 have banned discrimination on grounds of sexual orientation – and, in some cases, gender identity – in the workplace.

But if they are to make further progress, governments need the active involvement and commitment of business. In recent years, businesses large and small have taken steps to make the work environment safer and more inclusive for their LGBT employees. Many have changed the way they do business with a view to better serving LGBT customers and, in some cases, extracting anti-discrimination commitments from suppliers up and down their supply chains.

Altruism and self-interest both point in the same direction. Tackling discrimination is the right thing to do – and essential if the human rights of LGBT people are to be properly protected. But it’s also the smart thing to do for any business that wants to maximize the productivity of its own workforce – as well as for any country that wants to harness the full economic potential of its people.

Have you read?
Homophobia to leadership: my 30-year journey
Explainer: the state of LGBT rights today
Why Commonwealth countries need to wake up to LGBT rights

Image: Phanlavee Chongtansattam (L) and Rungtiwa Tangkanopast (R), who are a couple, look at documents as they work in their office in Bangkok August 16, 2013. REUTERS/Athit Perawongmetha

A new survey of British firms suggests that confidence for the coming months is dipping with many reporting significant labour shortages.