Why did only 2% of new fathers in Japan take paternity leave last year?

When 34-year-old Kensuke Miyazaki becomes a father next month, he’s going to take time off from work—becoming the only member of Japanese parliament, ever, to take advantage of his country’s generous paternity leave policy. 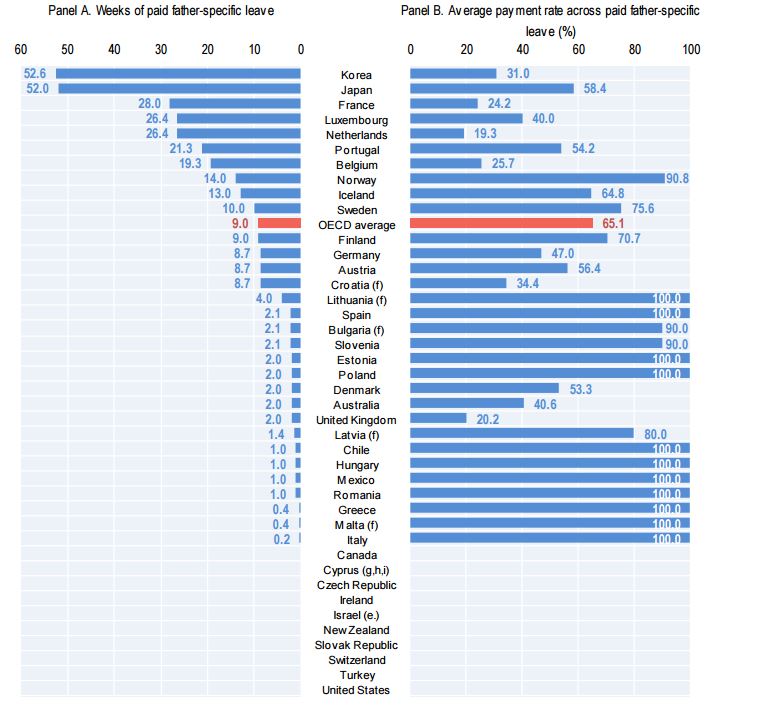 “I thought by declaring that I want to take paternity leave as a lawmaker, I could set an example and cause a bit of a stir,” Myazaki, who plans to take one month off, told the BBC.

Japan has one of the world’s most liberal sets of parental leave laws(pdf): Men and women are entitled to 52 weeks off, generally retaining 60% of their salary on average throughout, after the birth of a child. No other OECD country lets new fathers take that much time off, at that level of compensation. Despite this, only about 2% of new fathers in Japan took paternity leave last year.
Experts attribute the low number of men taking advantage of this policy to a prevailing attitude that men work long hours as breadwinners and spend less time on child-rearing and household chores compared to women. The government is hoping to get at least 13% of new fathers to take at least a portion of the paid leave they’re entitled to by 2020.

Miyazaki has been criticized by his colleagues in parliament who say that his upcoming time off will damage his party’s effectiveness, should he miss an important vote. Miyazaki, whose wife, Megumi Kaneko, is also a member of parliament, plans to take one month off after the birth of their child.

Accommodating parents is an important economic strategy for the Japanese government. Having fathers participate more in child-rearing is recognized as an important way to keep women in the workforce. Additionally, the government expects that when motherhood becomes more manageable for women, by virtue of increased help from fathers,birth rates will increase (pdf).
Publication does not imply endorsement of views by the World Economic Forum.

Author: Svati Narula is a reporter for Quartz in New York.

Image: Businessmen walk behind a Japanese national flag at a convention centre in Tokyo. REUTERS/Toru Hanai.