14 charts on the Asian economy

Globalizing Chinese companies are looking beyond the West for growth and acquisitions. Japanese investors are doing the same – due to years of low inflation at home. As ASEAN economies pick up steam, they seem like a natural match for growth hungry companies and investors from across Asia.

This is just one of the stories that will be discussed at the World Economic Forum on East Asia 2015, which is taking place in Jakarta, Indonesia, from 19-21 April.

Here’s the story in 14 graphs.

Due to increased growth in Southeast Asia, the GDP growth rates in ASEAN countries are converging with that of China – close to 6%. 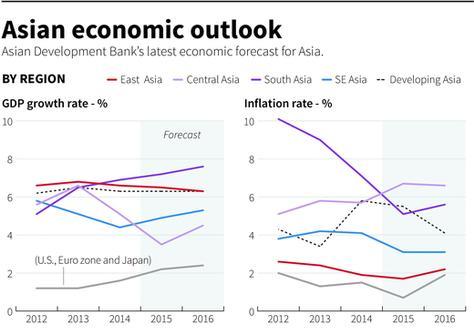 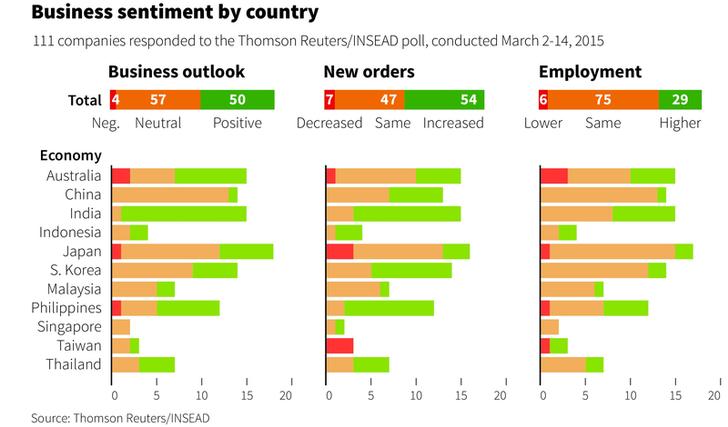 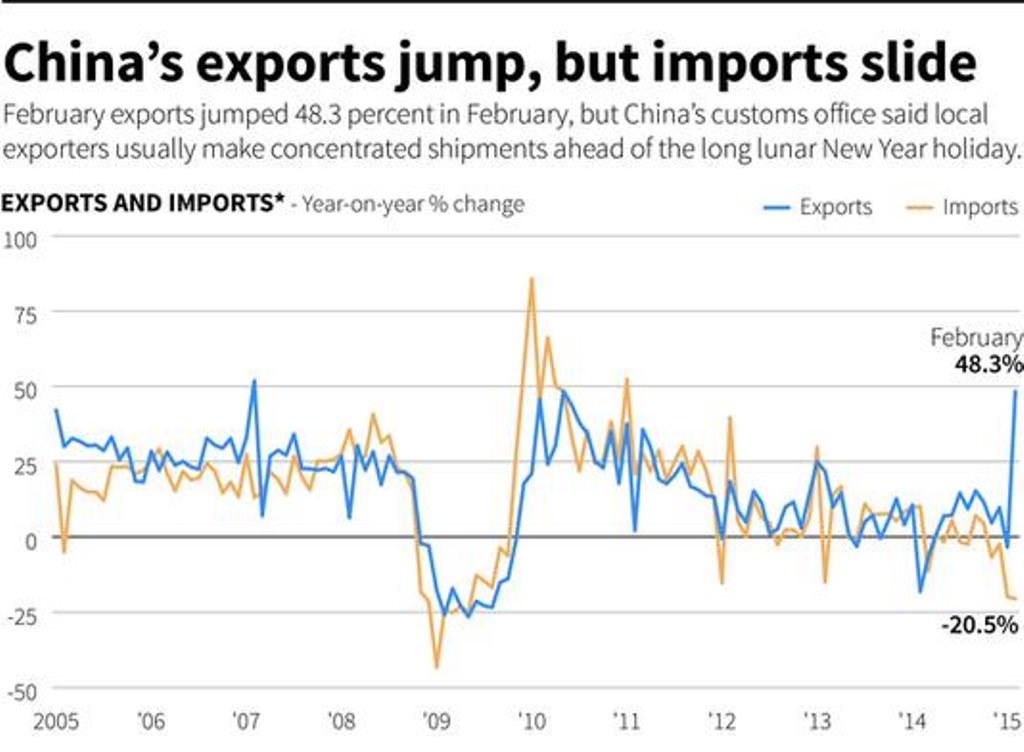 …making for a highly positive Chinese trade balance, and a lot of excess capital. 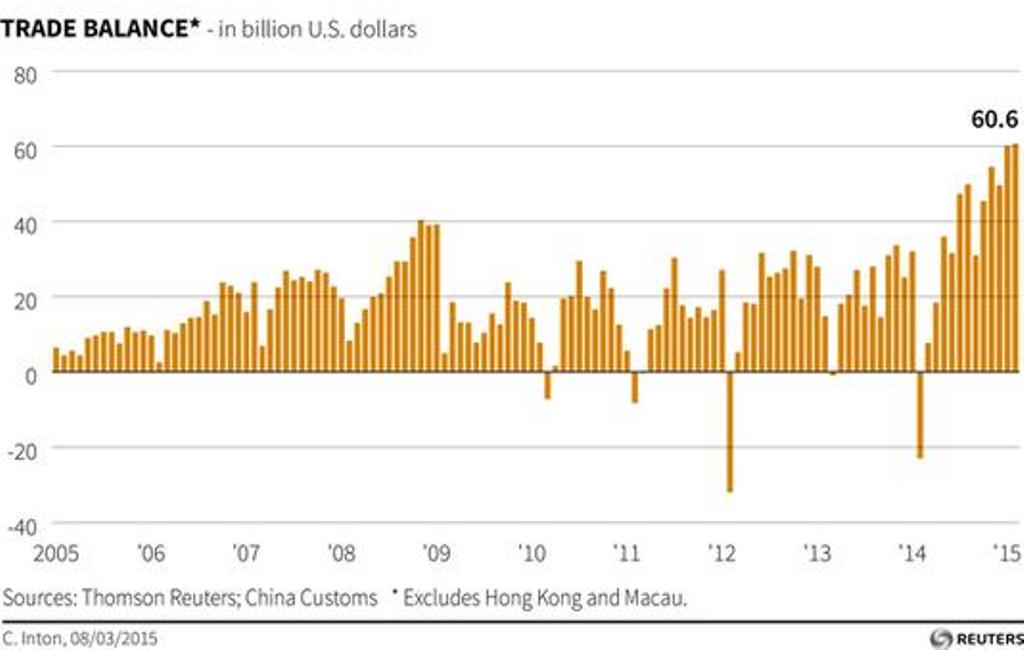 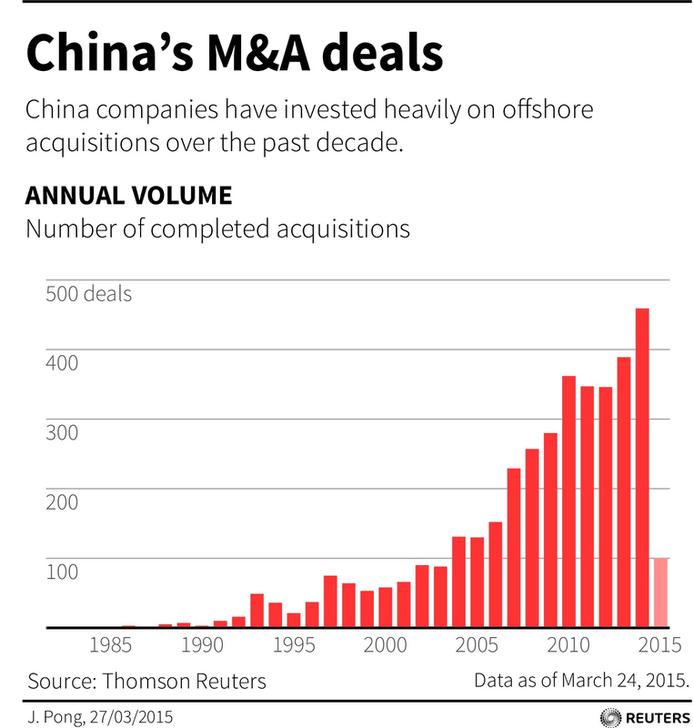 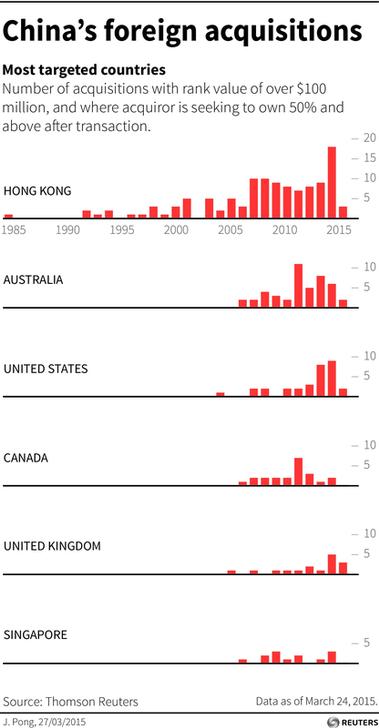 Special attention goes to acquiring technology, expertise and access to Western markets, as evidenced by acquisitions such as Pirelli, Volvo or AMC. 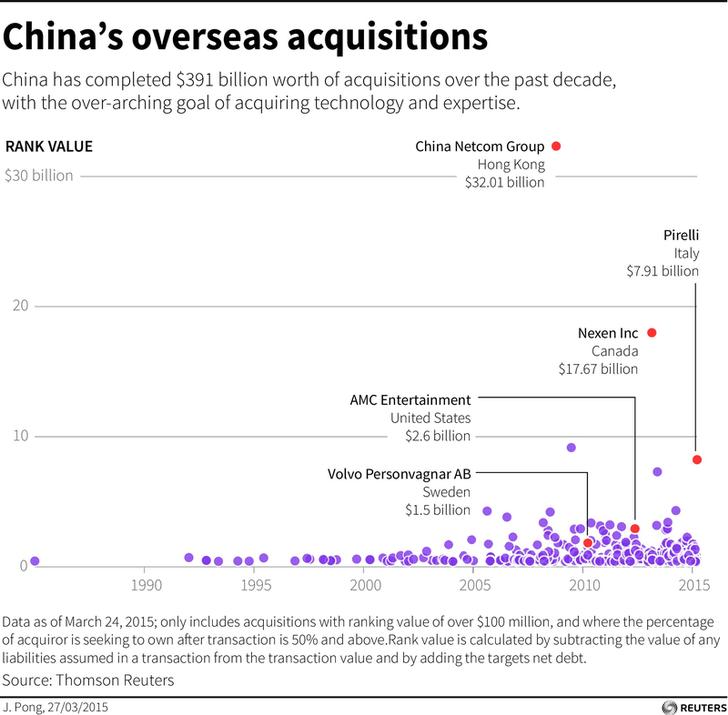 Japan, from her side, has faced low inflation for years, leaving the Central Bank to ease money supply, and the government to hike sales taxes. 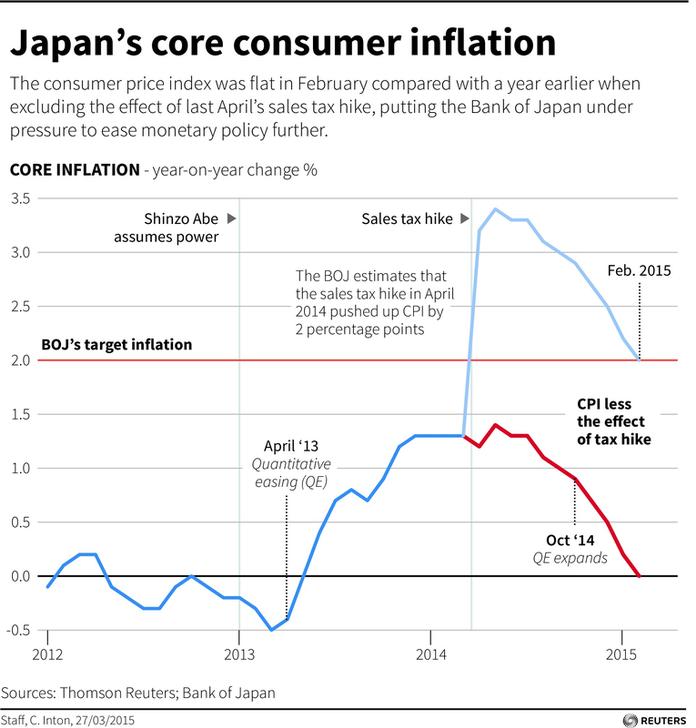 This has left Japanese investors hungry for return, with few options at home. In the first two months of 2015 alone, they bought foreign assets worth over $5bn. 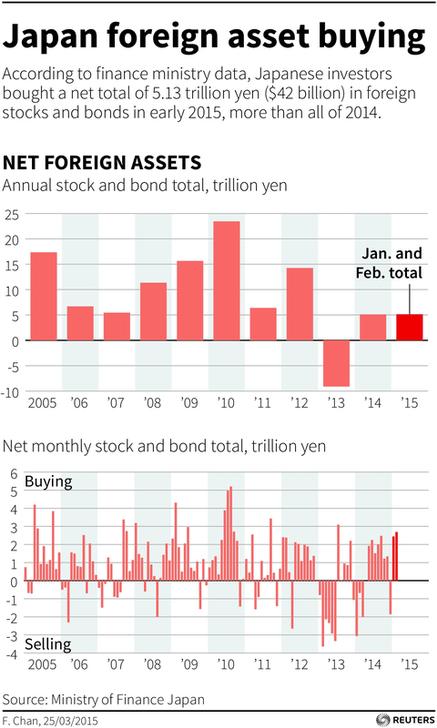 The quest of the two Asian regional powers for growth and return – China and Japan – could be met in ASEAN. Indeed, ASEAN countries economies’ are gaining traction. 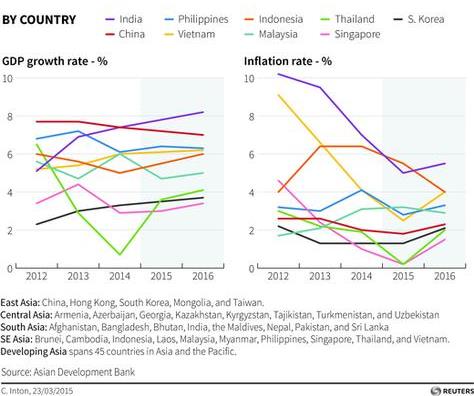 Consumers in most ASEAN nations are optimistic. 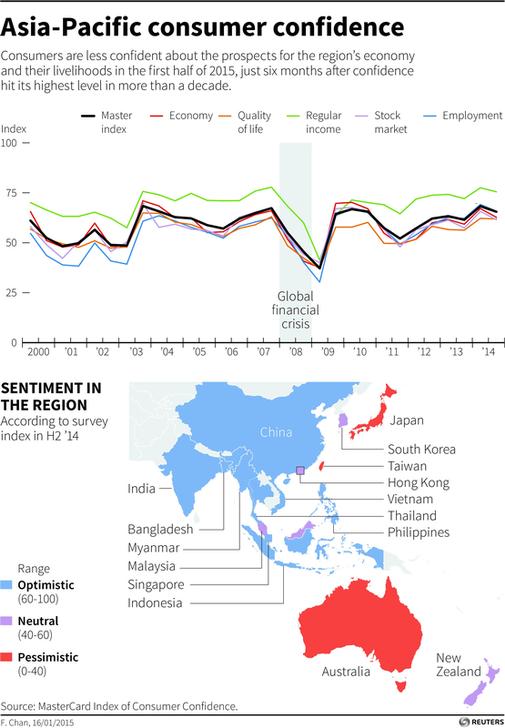 And ASEAN companies are increasingly taking on credit to further fuel growth. 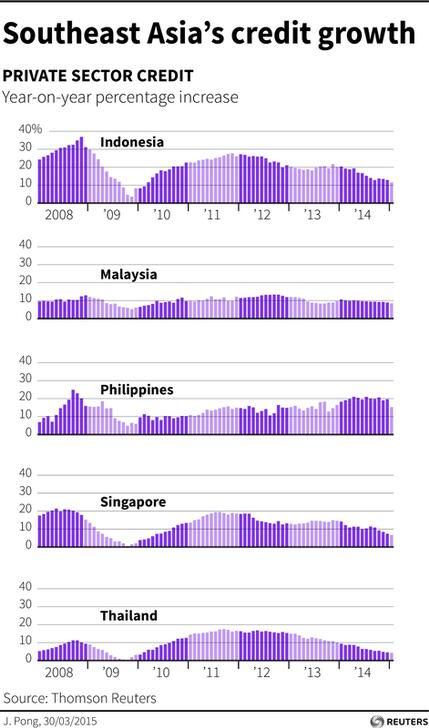 These positive signs are further reflected in and fuelled by an increase in Foreign Direct Investment in the region. 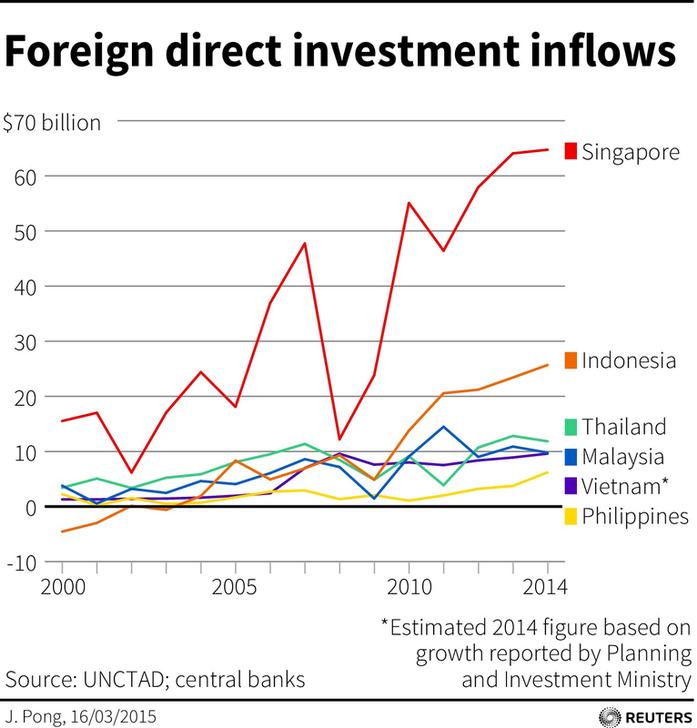 Making it very plausible for Chinese and Japanese investors and companies to invest in ASEAN and make intra-Asian trade and investment Asia’s next big economic story.

What is certain, is that M&A activity in Asia-Pacific (not including Japan) is off to a record start this year. Alongside China and Hong Kong, there has also been a lot of activity in Australia, Singapore and Korea. 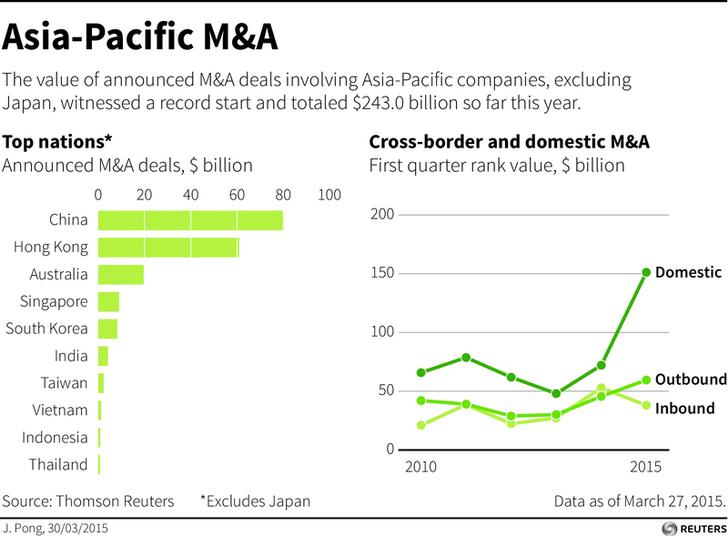 Is this all a sign of more to come?