The 3 types of city shaping the Middle East

The Middle East and North Africa region is undergoing a transformation, including significant growth in the youth population and an urbanization trend that will see a very large number of people move to key cities. 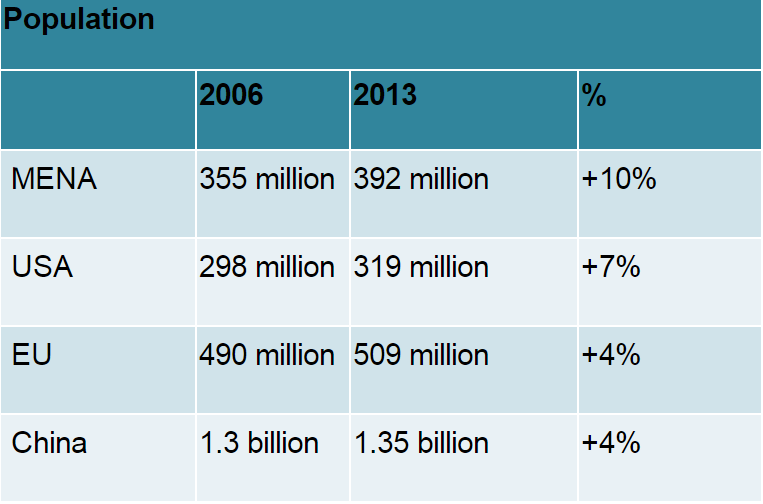 Political changes are expected to create economic growth, provided sufficient investment is made in young people and in ensuring they have job opportunities.

The region’s population is increasingly living in larger urban centres, with 31% of people living in the biggest 30 cities. This number will almost certainly continue to rise, as more rural dwellers move into urban areas and new cities emerge.

As political dynamics in the region change, influenced by socio-economic shifts and global tensions, it is inevitable that economic centres will also change. A recent report from the World Economic Forum highlighted that more than ever, cities are the lifeblood of the global economy. Their competitiveness increasingly determines the wealth and poverty of nations, regions and the world.

The question of what makes cities successful is therefore one of the most important of the 21st-century political economy. For most people, the map of the global economy that comes to mind is of nation states interconnected through flows of trade, capital, people and technology. However, before the ascendancy of the Westphalian nation state in 1648, the primary political, economic and cultural unit was the city. An alternative map of the global economy comes to mind: one of cities connected across land borders, seas and oceans through the exchange of goods and services, foreign direct investment, migrant and short-term workers, and border-hopping technology.

The Middle East is no exception. Among the biggest 30 cities, it is possible to identify those that form key hubs within an interconnected network of trade and relationships in the region, and play a key role in the development of the regional economy.

From the list of biggest 30 cities in the region by population, we can see three different types that are bringing regional and global competitiveness to a sub-national level: international cities, hub cities and mega cities.

These cities differentiate themselves through institutions, policies and business regulation, hard connectivity (infrastructure) and soft connectivity (culture, community, use of advanced technology). While the level and impact of each of these varies, the cities that clearly emerge head and shoulders above others possess at least some element of each category.

Dubai is a clear example of an international city that has developed an advanced governance system that allowed it to attract multinationals that serve the region. The turn of the century was an inflection point in the development of Dubai as a global city, and many of its effective institutions were formed or evolved significantly within the first decade of the 21st century. Dubai’s institutions can be grouped under four broad categories that give it a competitive edge: governance, legal, trade and financial. At the top of these institutions is the executive council, with the vision and execution management that allowed the city to thrive in a short period of time.

The Emirate city managed to attract global business thanks to its strong economic incentives, which are underpinned by a regulatory and legal system developed sufficiently to encourage global and local enterprise to do business within its jurisdiction. Dubai is subject to the Federal law of the UAE but retains independence and rights in certain areas.

In terms of hard and soft connectivity, the city is well developed, with advanced communication and transportation networks. It was also able to preserve the traditional culture and accommodate a wide array of nationalities comfortably within its borders.

Cities such as Amman and Beirut act as hubs and gateways to larger neighbouring economies. Their business regulations facilitate trade, assisted by a favourable geographical position linking the Gulf with the Levant and Europe. Governance is well established in these cities and institutions have been functioning for a very long time. Hard connectivity is also advanced, with a modern infrastructure and a diverse and open culture that facilitates exchange and trade from the Eastern Mediterranean into the Gulf region. While such cities are small in size compared to others in the region, they tend to be quite regionally competitive due to their hard and soft connectivity. Amman acts as an economic oasis for Iraq, and a gateway for Saudi Arabia from the north. It is linked to Beirut through Syria and has a strong pool of talent.

In addition to their role in trade and logistics, both Amman and Beirut are incubators of new technologies and concepts, and are hubs for entrepreneurs, making it easier to attract venture capital.

Mega cities have large populations and significant influence on developments in the region. They include Cairo, Istanbul, Riyadh, Baghdad and Tehran. While the level of regulatory development varies among these cities, their scale increases their influence in the region. Some have a competitive advantage in their well-developed infrastructure, others in their culture, environment or status as capital city, and therefore political centre of a large country. These cities are major urban population centres, accounting for 14% of the Middle East population.

Mega cities act as major regional economic drivers. Although Baghdad and Tehran have been badly affected by wars and sanctions, they still remain attractive to the business community as large population centres and their institutions are well established. However, their regulations, governance and connectivity remain underdeveloped. Riyadh is growing at a fast pace, with business centres springing up and major infrastructure projects being launched. Determined leadership is driving policy priorities and reform to enable the city to accommodate further growth beyond its 6 million inhabitants.

Cairo is set to develop significantly following political change in Egypt. It has also received major investments from the Gulf, particularly Saudi Arabia, although how this will affect its future role will be determined by the vision of the country’s new leadership. The city’s modernization will further enable its existing soft connectivity to thrive, creating a major innovation centre for the region, and a significant trade community, linking the Gulf with the Mediterranean sea.

Irrespective of the category in which a city falls, what places it in the league of competitive cities in the region is the ability to further develop and transform governance and regulations. Reforms should aim to simplify the process of doing business, protect investors and support growth, as well as put in place strong institutions to enforce regulations. It will also be important for these cities to maintain and develop their hard connectivity with major investments, such as the Riyadh metro. Inevitably, other cities that follow this recipe will emerge and are already doing so. Basra, Medina, Alexandria, Bursa and others are examples of that.

These cities are acting as stabilizing agents in a troubled region by providing secure centres for trade, innovation and development, attracting regional and multinational players.

It is likely that the region will rely further on its existing and newly emerging cities to act as oases in a dry desert with many disappointing mirages.

Author: Ghassan Hasbani is a member of the Global Agenda Council on Competitiveness, author of Oasis Economies, the Middle East in 2030 and co-author of the World Economic Forum Competitiveness of Cities report.

Image: A view of Jumeirah Beach Residence in Dubai, with the Palm Island Jumeirah in the background. REUTERS/Steve Crisp

Davos 2022: How to bring nature-based solutions to our cities

leaders shared an overview of steps and work that stills to be done to bring nature-based solutions to cities. At Davos 2022, A clear implementation agenda, a fair transitions with the mo...

How leaning on nature can beat urban heat

By 2070, 3.5 billion people will be heavily affected by extreme heat, 1.6 billion of whom will live in urban areas. How can nature help reduce the effects of heat?

Charlotte Milbank and Bhaskar Vira · The Conversation 18 May 2022

Rethinking buildings is a climate imperative: Here’s what to focus on