3 ways to improve regulation of the disruptors

It took Hilton Hotels 93 years to build an inventory of 600,000 rooms, according to Constellation Research, a Silicon Valley research firm. Airbnb reached this figure in less than four. By building an app that connects would-be guests with available, unoccupied homes, the seven-year-old company now has an “inventory” of over a million rooms around the globe—without having built or purchased a single one of them. But growth likes this does not come without scrutiny. The company is met with regulatory challenges in nearly every new city it enters.

Digitally mediated exchanges like Airbnb redefine ownership of a product or offering of a service in ways regulators haven’t anticipated. In addition, the cost of scaling up digital (rather than physical) goods or services is marginal. So while the volume of exchange that has to be regulated increases exponentially, our regulatory system advances incrementally, with new rules often being built haphazardly on top of old ones. 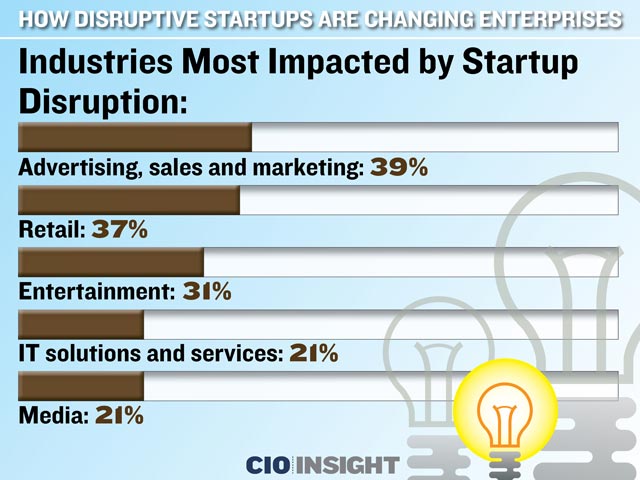 The best way to realise the promise of fair, open markets and economic growth across industries is for incumbents, disruptors and the policymakers who regulate them to find a balance of regulation that encourages entrepreneurialism while protecting the public interest. That’s never easy, and is harder now, as the speed of technological change increases while the speed of policymaking remains pre-digital. Recent research from The Economist Intelligence Unit suggests three ways that regulators can begin to show the same nimbleness as innovators and embrace digital solutions themselves.

It’s nearly impossible for regulators to create or update laws around every new technology or startup. Instead of constantly trying to react with micro regulations, creating broad, flexible policies that ensure safety controls and fair play can offer guidance regardless of how industries transform.

“Even in the new context where new business models are created or it’s a new way to deliver a service in an existing industry, the intentions of the regulation still hold,” as Minerva Tantoco, CTO of New York City, explains her view of ideal regulation today. For certain regulations, especially around public safety like gun laws and how they should apply to 3-D printed guns, this seems intuitive. But for others, such as those on technical topics like net neutrality, interpreting the intent (however broadly a regulation is written) can be confusing. This requires an open channel of communication: “Where I’ve seen the success is where there’s a two-way dialogue between the businesses trying to set up and the regulator that’s in charge of that,” Ms Tantoco adds.

Hiring additional technical subject-matter experts can help government agencies keep abreast of change of industry. Despite technology underpinning today’s most drastic industry shifts and consumer behavioural changes, according to CQ Roll Call, a US politics publication, only 10% of members in the 113th Congress (serving in 2013 and 2014), had a science or technology background. Even on special committees tasked with science issues, only few individuals have a STEM background.

“Technology is changing so fast. Adoption is growing exponentially, and we are all connected by networks. So many more exponential changes are coming,” says Tom Goodwin, SVP of strategy and innovation at Havas Media. “Government agencies must be properly staffed to deal with this.”

And fortunately, government is responding. Many US government departments, such as the Department of Energy and the Department of Defence, leverage the Advanced Research Projects Agency (ARPA) model, where engineers, developers, and tech futurists to provide technical expertise to policymakers. In addition, President Obama also recently created the US Digital Service after the disappointing launch of healthcare.gov, which is rapidly hiring top tech talent to bring government services into the digital era.

Many regulatory issues in the digital space are well suited for delegated solutions, where large stakeholders other than government (ie, consumers and businesses) participate in rulemaking and enforcement. Indeed, digital businesses frequently serve as regulatory intermediaries or look after their own marketplaces through incentive structures and user agreements—such businesses are in a better position than the government to offer oversight to correct market failures, especially through the strict control of user channels and data.

This is especially prevalent in the sharing economy, where on-demand car services Lyft and Uber collect information on drivers directly from users to incentivize drivers to be on their best behaviour. Airbnb, as an example of a regulatory intermediary and wishing to position themselves as allies to city governments, has started to collect occupancy tax on behalf of its users in a handful of US cities.

Regulatory oversight for the sake of public safety, especially in industries like air travel, food and drugs, is critical. But as businesses increasingly control marketplaces through digital means, regulators and businesses can benefit through shared interests. “To me, [companies] should be a part of the regulatory solution,” says Arun Sundararajan, professor and NEC faculty fellow at New York University’s Stern School of Business. “They should be involved as actors in the provision of making the markets work better.”

No single set of rules can address or anticipate the fast-changing needs for oversight of digital products and services. Instead, flexible and forward-looking policies that remain relevant through rapidly changing landscapes are needed—approaches only possible with better communication and collaboration with the private sector and policymakers’ own embracing of technology.

To Rachel Haot, chief digital officer of the state of New York, making this a reality is not far off: “What we find is that at the beginning government and [innovators] may feel like they’re speaking different languages. But they do have common aims. They do have a desire to impact the public, very often to improve the world in some way, and by working together we can achieve a lot more.”

Explore more through the Finding a level playing field research programme, sponsored by Two Sigma, an investment manager based in New York City.

Author: Sunmin Kim is Deputy Editor of the Economist Intelligence Unit and Director of Pro Journo, and a Global Shaper.

Brazil, Indonesia, Madagascar and Colombia are the most likely places to find new types of mammals, birds, reptiles, and amphibians, according to a Yale University study.

COVID-19: What low-income countries need for a more equal recovery

A new IMF paper shows the financial support needed for low-income countries in their recovery from the pandemic, with billions needed now and in the future.

The Suez Canal in numbers

Chart: World economy predicted to return to pre-pandemic levels in 2021