Are robots really coming for your job?

A new Deloitte report casts doubt on warnings that the inexorable march of new technology will lead to mass unemployment.

According to the authors, the truth is quite the reverse. Ian Stewart, Debapratim De and Alex Cole argue that technological change has prompted the decline of a number of routine jobs but has allowed for huge growth in cognitive, non-routine employment and hard-to-replicate manual jobs.

Probably the most common example of the impact of technological change on employment is the shift from an agrarian society towards an industrial one. Here it’s the sheer scale of the transition that is impressive.

Between 1871 to today the total number of agricultural workers has declined by 95% as new machinery and tools replaced the need for labour, falling from 6.6% of the workforce to 0.2% in 2015. 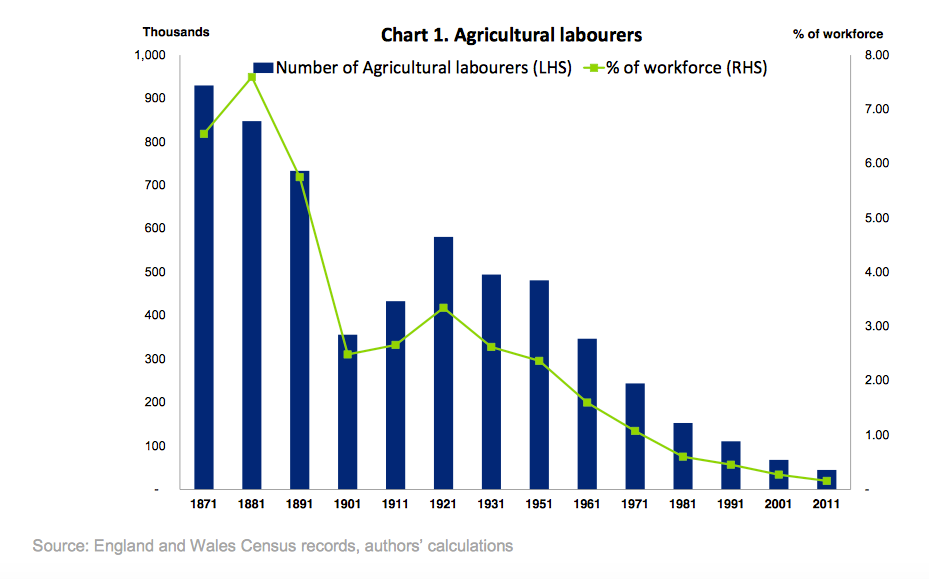 But the rise of new technology didn’t only impact rural life. The early stages of urbanization were equally marked by a huge influx of former agricultural workers into innercity factories that required significant labour resource to churn out the consumer goods of the age.

The productivity gains provided by new technology meant that factories and farms could produce more than ever before at a lower cost. This, in turn, fed through to the prices of those goods lowering people’s cost of living and in many cases sparing them arduous and dangerous jobs that could result in debilitating injuries and even death.

So what about those job gains?

Well, as the cost of goods came down, along with the labour resources required to produce them, people had more money to spend on things other than necessities and more leisure time to develop more complex, cognitively challenging industries.

Demand for specialist services such as medicine, business and professional services, marketing, design and education have increased as incomes have risen. These sectors help customers benefit from improvements in specialist knowledge and assist them in navigating complexity.

This process meant that, while jobs were being destroyed in traditional sectors, they were being created at an ever faster pace elsewhere. See, for instance, the growth in the number of accountants over the past 150 years: 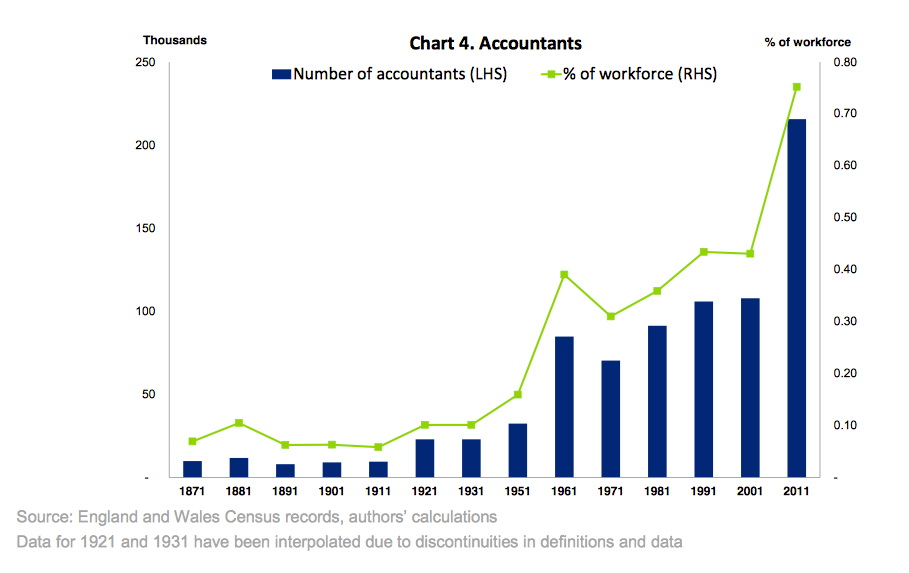 The same trends can be seen in finance, medicine, education, media and countless other professions. These industries helped to increase life expectancy, spread information and learning, and open up global trade in ways that have enriched societies and improved living standards for billions of people worldwide.

In doing so, it has also allowed the growing middle class to spend more on leisure pursuits and jobs that involve person-to-person interaction. Other sectors that have seen significant employment gains include bartenders, hairdressers and carers. 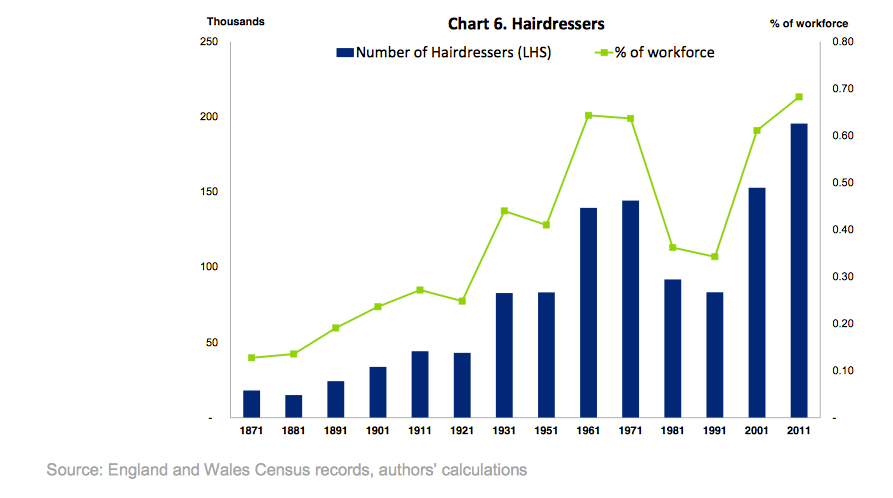 Are the robots still coming for our jobs?

The short answer is, probably. And indeed, hopefully.

If history is any guide, robots replacing people in the workplace should provide yet another boost to productivity and enrich rather than impoverish society as a whole. Indeed, given the stagnation of productivity growth in developed markets since the financial crisis and decades of underinvestment, the rise of the robots possibly represents a best-case scenario.

The real fear, in this analysis, is that the majority of the gains from technology have already been exhausted and we are now set for a period of sluggish improvements in productivity and living standards.

That does not, however, mean there are no reasons to worry. Transitions are always painful for those who find their professions or crafts rendered redundant by new technology. The growth of new jobs, especially specialist professions, can require extensive (re)training and as such can often skip a generation in providing widespread benefits.

Moreover, there is no guarantee that the past is a good guide for the future. If the rise of automation pushes people to compete with machines, rather than opening up new opportunities it could further erode worker bargaining power and hold wages lower down the income spectrum.

That a dystopian future is possible, however, should simply be a prompt for people to not simply assume the beneficial (or benign) nature of technological progress. Instead, as the Deloitte paper suggests, when harnessed effectively it can provide substantial gains for societies as well as providing solutions to meet some of our most pressing global challenges, such as poverty, climate change and scarcity of basic necessities.

Have you read?
Could a robot do your job?
Can we build computers with empathy?
The robots helping with healthcare

Image: A technician makes adjustments to the “Inmoov” robot from Russia during the “Robot Ball” scientific exhibition in Moscow May 17, 2014. Picture taken May 17, 2014. REUTERS/Sergei Karpukhin