How will fertility rates change in the world’s 10 most populous countries?

The United Nations Population Division recently released updates to its projections of the future world population. We previously looked at how the world’s population could grow in the next several decades, and at the regional breakdown of that population growth.

Here, we consider how many children women will have in the future. A key component of demographic projection is forecasting fertility rates in different countries around the world, and the UN has published their fertility estimates on their website.

Among the ten largest countries in the world in 2015, half currently have fertility rates above the 2.1 children per woman replacement rate. By 2050, the UN projects that eight of those ten countries will be below replacement.

This is generally a good thing — emerging economies should continue to become richer, and it’s likely that as more people move into the middle class, they will choose to have fewer children and to have those children later in their lives, just as families in the developed world have.

Further, lower fertility doesn’t necessarily mean a decline in population: For countries like the United States, the UN projects that immigration will more than make up for any drop in the number of children born domestically. 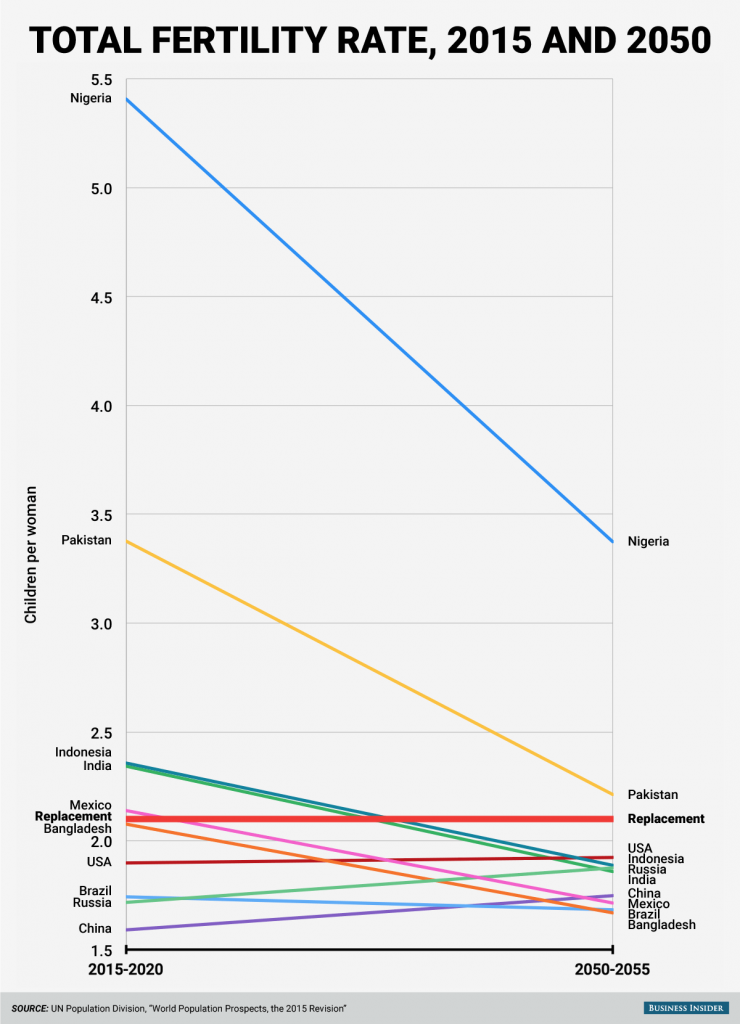