The 100-year-old reality of food security

I’ve recently spent time with John McArthur and Professor Jeff Sachs, who have been thinking about the future of the planet in the context of the Millennium Development Goals (MDGs), and now the Sustainable Development Goals (SDGs). It is heartening to see people devote substantial time, effort and thought to a cause that is deserving of such attention.

Whenever I would ask what I could do to help, the answer I normally got was: “Tell everyone and participate! This task can only be accomplished through collective action.” Desmond Tutu would have said: “Do your little bit of good where you are – it’s those little bits of good put together that overwhelm the world.” All 17 SDGs are important, but I’ve been particularly focused on Goal 2, which is to end hunger, achieve food security, improve nutrition and promote sustainable agriculture. 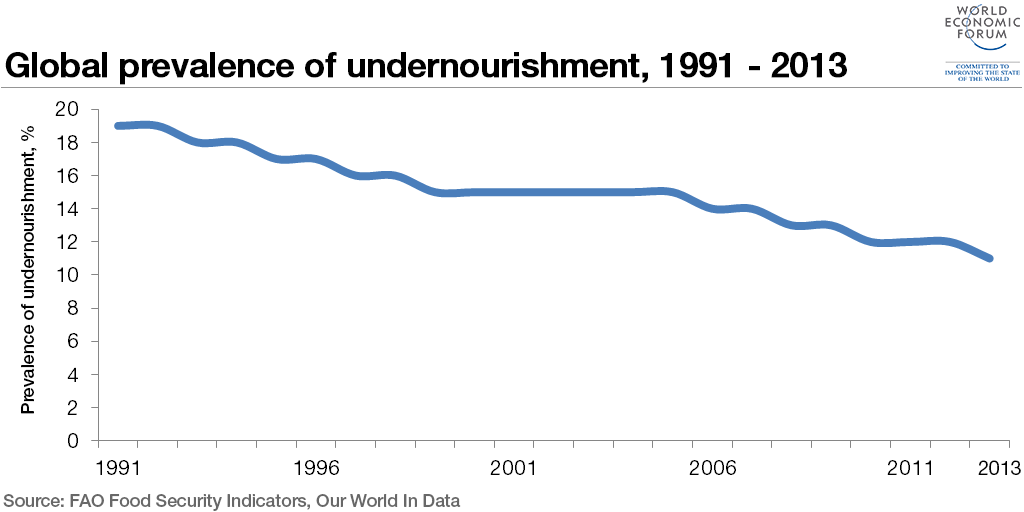 Separately, but related, last weekend I had the privilege of spending time in Haiti with my grandmother, who recently turned 100. As we celebrated this milestone, I thought about the ideas of sustainability, longevity and consequence. When exploring the variables that contributed to her long life, I realized sustenance was a major factor. She was born in Haiti at a time when all the food was locally grown and organic. Biodiverse crops, which contributed to balanced diets, were plentiful. And access to food was not limited to a small percentage of individuals who could afford it.

The situation today is completely different. Haiti ranks 168 out of 187 countries on the United Nations Human Development Index. In the country, 59% of people live in poverty and close to 25% in extreme poverty. Three-quarters of Haitians live on less than $2 a day and half the population earn less than $1 per day.

More specifically, Haiti is among the worst performers on every food-related index. According to the Food and Agricultural Organization of the United States, Haiti has had a slow increase of food availability relative to population growth. It also has a degraded resource base and fragile national economy. According to the World Food Programme, the country imports more than 50% of its food, and food prices have been consistently rising since the end of 2010.

To put it in perspective, current food prices in parts of Haiti are higher than the same produce where I live in New York City. This increase has led to an overall loss of purchasing power for the majority of Haitians. Five percent of children suffer from acute malnutrition, and almost half of women aged 15 to 49 and 65% of children under five are anaemic. Only 30% of pregnant women are getting their recommended iron intake, leading to complications for both mothers and babies.

Low agricultural productivity and urban encroachment on arable land provide additional challenges for Haiti’s rural populations. Agriculture provides 50% of jobs in the country and accounts for 25% of GDP, but the country still fails to produce enough food for its population’s needs. This means that any price hikes in international markets increase the cost of living in Haiti.

The current dynamics in Haiti do not lend themselves to more people achieving my grandmother’s 100-year milestone. I’ve used Haiti as an example to bring a larger issue into sharper focus, but according to the Food and Agricultural Organization, around 795 million people are undernourished globally. The numbers were even higher in 2000 before the MDGs began.

What to do? Here are seven steps to get us started:

We have the knowledge and the resources needed to eradicate hunger by 2030. The question is whether we have the willpower. Let’s act together to make sure we do justice by those who came before us, while leaving the world a more bountiful place for future generations.

Have you read?
4 ways countries are successfully fighting hunger
How can we eradicate poverty by 2030?

Author: Jacques-Philippe Piverger is Chairman of RegenHaiti, Co-founder and former CEO of MPOWERD, Inc., Co-founder/Board Member of The Council of Urban Professionals, and a Young Global Leader.

Image: Fruits, spices and cheese are seen at a market in Port-au-Prince July 11, 2011. REUTERS/Swoan Parker