Since China embraced market-based economic reforms in 1978, outsiders have watched with curiosity, if not admiration, as the country emerged as the largest economy in the world. China’s economic growth since the 1990s has been nothing short of remarkable, and it is now a leading global economic powerhouse. For some, including some in China’s government, the price for achieving this goal has been very high; the environmental cost in particular has been very steep.

Ecosystems and biodiversity have been particularly affected, with up to 20% of higher plants considered endangered, and 90% of grasslands and 40% of wetlands suffering significant degradation. Air, water and land pollution in some Chinese provinces has reached considerable levels, and many ecosystems have been irreversibly destroyed, losing the numerous valuable services they provide.

People are not immune to these effects and the official State of the Environment report released in 2014 paints a grim and dirty picture. Only three of the 74 cities where air quality was tested in China met their own air quality standards; water quality in the majority of groundwater testing sites was listed as poor to very poor; and almost 20% of China’s near-shore marine areas were so polluted that swimming or eating fish from them was dangerous. All of this not only affects China, but the rest of the world, too: China is now the leading environmental polluter.

From main polluter to climate leader

After outlining China’s record in environmental management, arguing that China is an emerging environmental leader may seem absurd. But it’s not. Although there is a long way to go, China has realized that causing further damage to native ecosystems may result in irreversible consequences, so is beginning to shift from being the biggest polluter to a more eco-friendly economy. The first signs of this could be seen in China’s 12th five-year plan, where for the first time they set significant targets for a series of environmental issues such as air pollution and sustainable development. 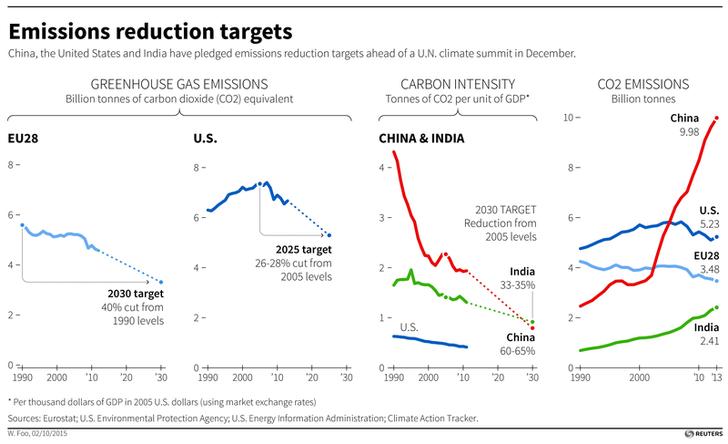 There is hope that the next five-year plan will include even more ambitious goals. The signs are positive: in a meeting with UNEP in June, the vice-premier of China stated that “the 13th five-year plan covers a crucial period in China’s economic and social development. Environmental protection and low-carbon development will top priority considerations during that period.” It is hoped that the next five-year plan, to be released in 2016, will include an ecosystem approach to environmental management and measures to promote the use of green technologies. Environmentally friendly economic policies and green finance, along with ambitious goals for environmental conservation, would also be very encouraging.

This would build on the progress China has already started making. For example, Beijing has been cleaned up on several occasions: in 2008, for the Olympics, and recently for the APEC Forum. These short-term acts have proven that pollution reduction is an achievable goal. But for China to make the move towards a more environmentally oriented future, it will require long-term and bold changes.

The balance in economic development and environmental protection is already starting to shift. The new policies that are being implemented will tighten enforcement of environmental regulations and will put China on a cleaner and more eco-friendly trajectory. Recently, the Chinese government agreed to reduce air pollution levels and to use more environmentally friendly energy generation and conversion technologies. With huge investment in solar, wind and hydropower, renewable energy solutions already cover 10% of energy demand. This number is expected to rise to 16% by 2020. Cleaner, more efficient and sustainable manufacturing schemes that are under way will reduce sources of pollution. Actions like these will go a long way.

As part of its desire to become a leader in environmental management, China, in partnership with the IUCN, hosted the first World Forum on Ecosystem Governance. The event attracted over 150 experts and specialists on ecosystem management and climate change from more than 50 countries. The main outcome of the event was the Beijing Declaration, which China played a large role in developing and endorsed.

The declaration, which will be officially presented at COP21 in Paris, calls on nations and governments to take a variety of steps to tackle climate change. These including creating innovative financial mechanisms to mitigate and adapt to climate change, and supporting quality education and communication using traditional and innovative methods to connect people and build knowledge of ecosystem governance.

The Beijing Declaration will play a very important role in the fight against climate change and achieving ecosystem governance, and is a significant milestone in China’s move towards a more eco-friendly and sustainable future. More importantly, it is yet more proof that China is trying to move away from its past as one of the main polluters and become a leader in the fight against climate change.

Author: Bart Kolodziejczyk is a Research Fellow at Carnegie Mellon University, Pittsburgh, and a Global Shaper. Peter Smith is an Honorary Fellow at Macquarie University, Sydney, and the Regional Chair for Oceania at the IUCN Commission on Ecosystem Management.

The innovation that could speed up the rollout of electric vehicles

Pole-mounted chargers could help meet the infrastructure gap that needs to be close to boost the sale of electric vehicles in the United States and beyond.