Which country has hosted the most refugees?

Home to 1.6 million refugees, Turkey has hosted the largest number of immigrants so far this century. Lebanon and Jordan have also risen up the rankings, as the chart below shows, as the current human rights crisis unfolds in Syria.

While other countries, such as the United States and Canada, have remained relatively consistent since the year 2000, nations located close to Syria have seen a rapid increase in refugees since 2012. 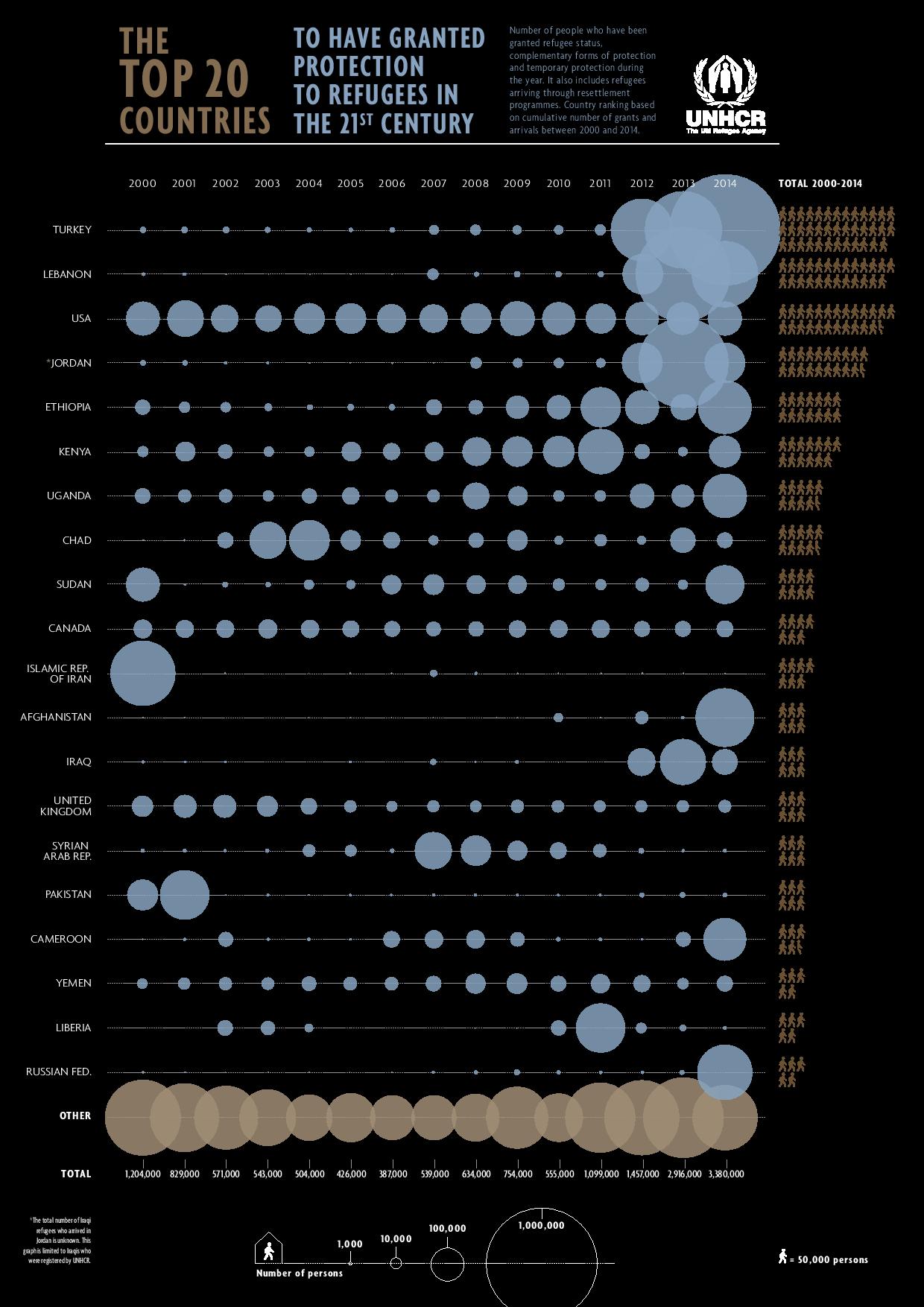 At the end of 2014, there were 19.5 million refugees in the world and a total of 59.5 million people forcibly displaced as a result of persecution, conflict, generalized violence, or human rights violations. That is the equivalent of 42,500 people every day. If you were to create a country made of all those displaced people, it would be the 24th largest country in the world. 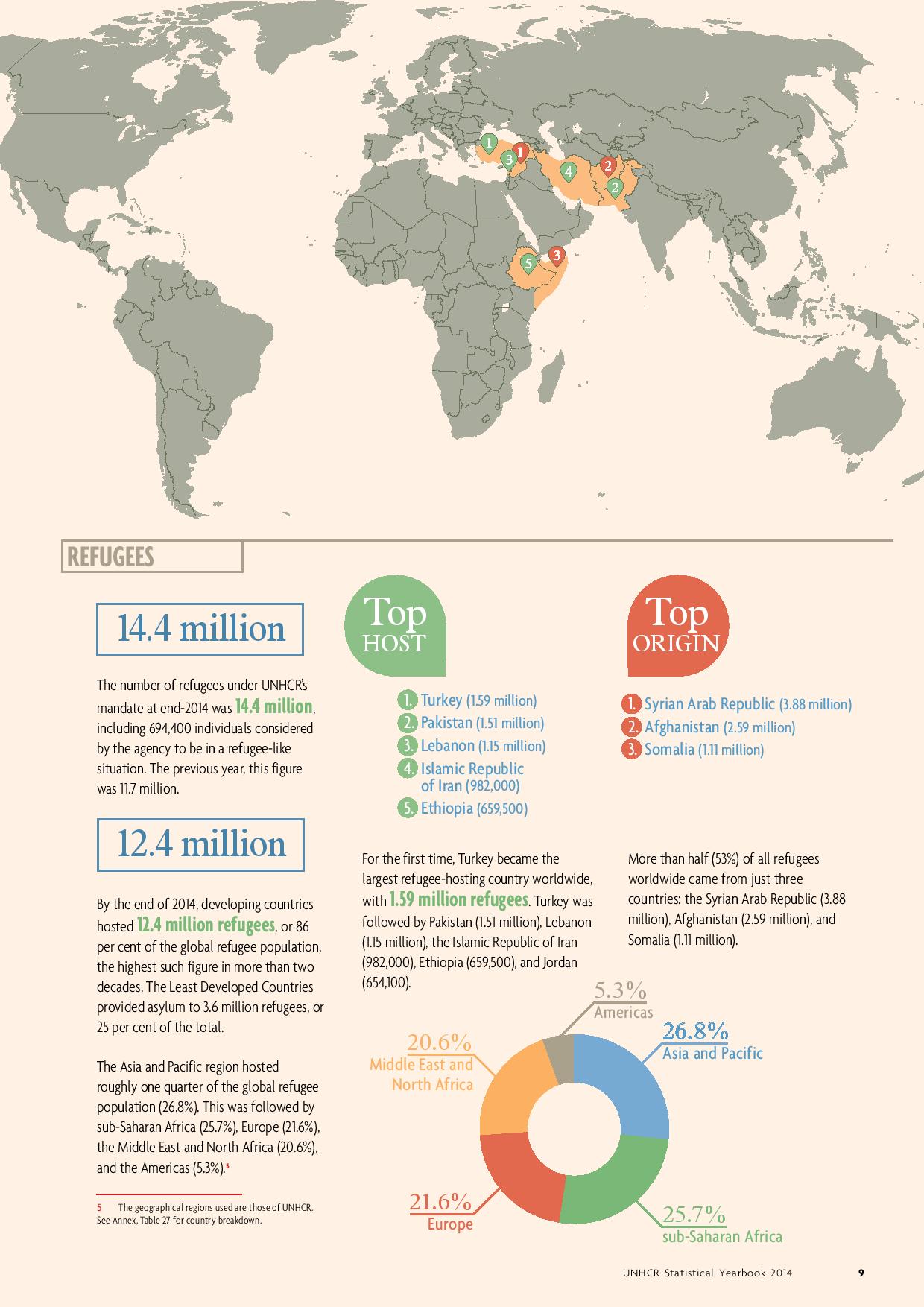 In the past year or so, most refugees have been coming from Syria; in 2014 it was Afghanistan. Contrary to Western criticism that the Middle East is not doing enough, 95% of all Syrian refugees are now hosted in neighbouring countries. Turkey has welcomed 1.59 million refugees while Lebanon brought in 1.15 million. Iran has 982,000.

While the Syrian crisis dominates headlines, the volume of refugees flowing out of Afghanistan and Somalia is no less troubling. Pakistan hosted the second-largest number of refugees last year due to the 2.59 million Afghans seeking refuge. Meanwhile, 1.11 million Somalians were forced to flee home, many relocating to Ethiopia.

Over half of all refugees are children under the age of 18.

Image: Sawssan Abdelwahab, who fled Idlib in Syria, walks with her children outside the refugees camp near the Turkish-Syrian border in the southeastern city of Yayladagi. REUTERS/Zohra Bensemra

Experts say that if we fail to meet the Paris Agreement goals, many places on Earth will change drastically and become too hot to live in by 2500.

Experts asked aid workers how best to prepare for the climate change emergency in the most affected areas.

3 projects keeping food on the table in Bangladesh

Afghan mayors and refugees are in danger. The world's cities mustn't fail them