What do different nationalities spend their money on?

What you spend your disposable income on depends largely on where you are from, according to a new Eurostat report.

For Russians, the bulk of the monthly income goes on food, alcohol and tobacco. In the United States, healthcare is the biggest expenditure. In Japan, housing costs just over a quarter of the average income, while in Saudi Arabia almost 10% goes on furniture.

These are some of the findings from Eurostat’s The EU in the world. 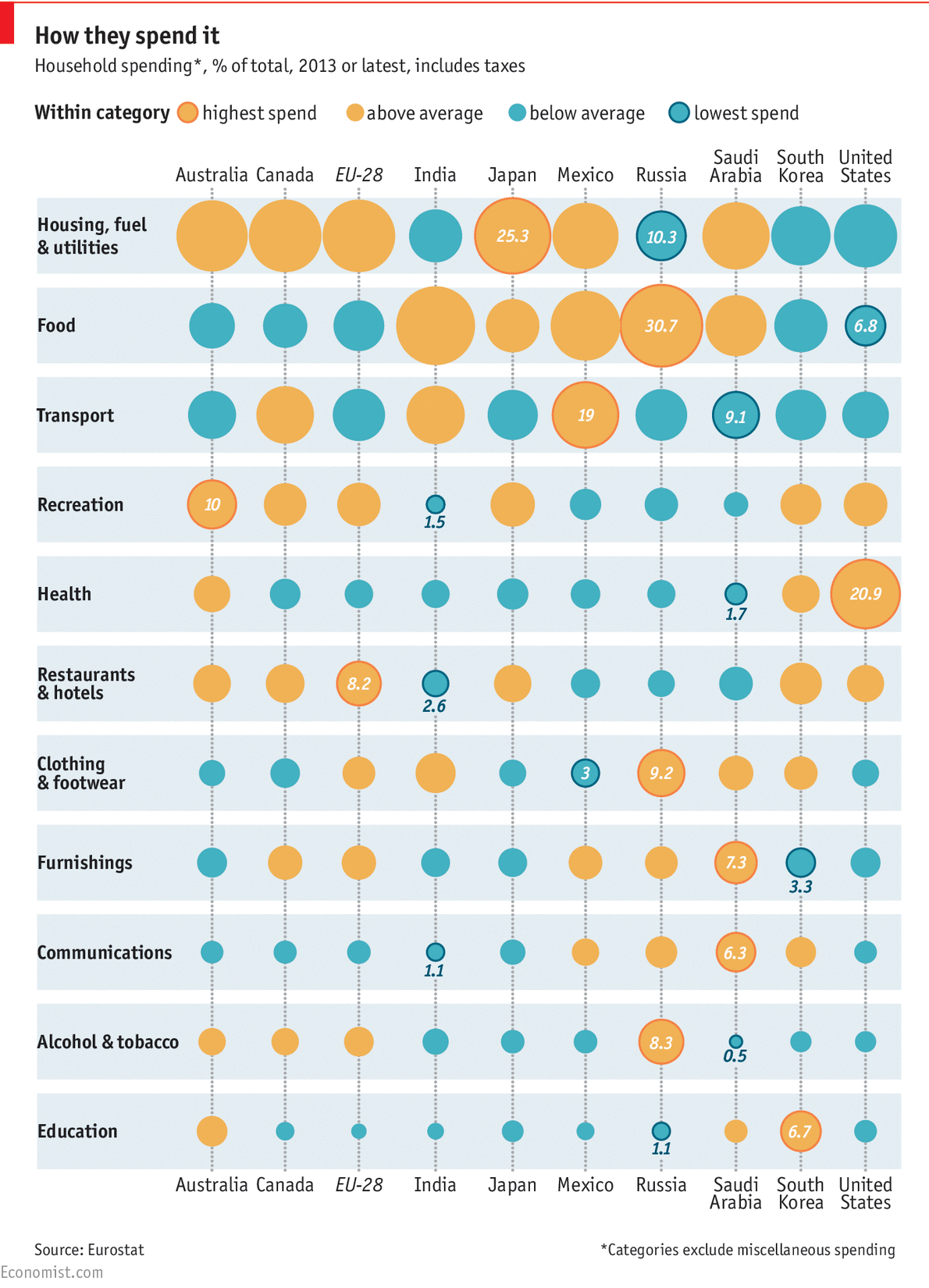 The above chart, created by the Economist, breaks down household spending in major economies and the EU-28. Not surprisingly, food and housing features prominently across the board.

South Koreans spend substantially more (6.7% of their income) on education, while Australia leads the surveyed countries in recreational spending (10%). Mexicans spend the most on transport, while Russians are world-beaters in three categories: food, alcohol and tobacco. Oh, and footwear.