Replanted forests and those left to recover after logging activities can preserve vital insect and plant life in a similar way to old-growth forests, scientists have found, as interest grows in expanding the world's forests to curb climate change. A 13-year study led by researchers at Xi'an Jiaotong-Liverpool University in Suzhou city examined the diversity of beetle and shrub species in different forest types across China. The scientists found little difference in biodiversity between replanted, naturally re-grown and undisturbed forests. Yi Zou, the lead researcher, said the findings put to rest the notion that plantations and secondary forests - where trees grow back on their own after felling - are "green deserts" with no ecological value. "There has been criticism in recent years that plantation and secondary forests lack biodiversity and do not address the environmental problems deforestation has caused," he said. "While nothing compares to primary forests, our findings show that biodiversity, which is vital to all aspects of life – from the air we breathe to our food sources – can be recovered through newly regenerated forests." The study found that secondary forests harboured the highest proportion of large-bodied beetles, denoting a complex food web. The world lost 12 million hectares (29.7 million acres) of tree cover in 2018, the fourth-highest annual loss since 2001, when monitoring service Global Forest Watch began tracking the state of forests. Of greatest concern, it said, was the disappearance of 3.6 million hectares of old-growth rainforest, an area the size of Belgium, much due to fires, land-clearing for farms and mining. This year, a surge in the number of fires in the Amazon has sparked international outrage and protests in front of Brazilian embassies. Environmentalists say protecting existing forests and restoring damaged ones prevents flooding, sucks up more planet-warming carbon, and protects biodiversity. The new study, published in the journal Diversity and Distributions, covered an area of 500,000 square kilometres (193,000 square miles) in China, which is home to the world's largest secondary and plantation forests. Its findings also apply to those forest types outside China, said Zou, as long as they contain a good variety of native tree species and are strictly protected to allow regeneration. Image: REUTERS/Thomas Peter

Our Impact
The Big Picture

Explore and monitor how Climate Change is affecting economies, industries and global issues 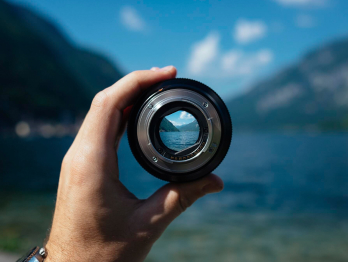 Stay up to date:

Don't miss any update on this topic

More on Climate Change
See all

6 ways the pharmaceutical industry can reduce its climate impact

Droughts are creating new supply chain problems. This is what you need to know

Lake-effect storms: How they caused 6 feet of snow in Buffalo

Here's why Tuvalu is planning to upload itself to the metaverse