5 charts on the African infrastructure paradox

Over the next 10 years, Africa needs to spend approximately $94 billion annually on essential infrastructure, including another 7,000 megawatts a year in power capacity, just to keep up with growing demand.

However, preparing bankable infrastructure projects is proving difficult due to lack of finance, skills shortages, unsupportive regulators, and weaknesses in project governance. Even Africa’s most commercially viable sector – energy – is suffering.

Against this background, a new report published by the World Economic Forum offers insights into how Africa’s infrastructure deficit can be addressed.

Here’s what you need to know about the demand and project challenges in 5 charts. 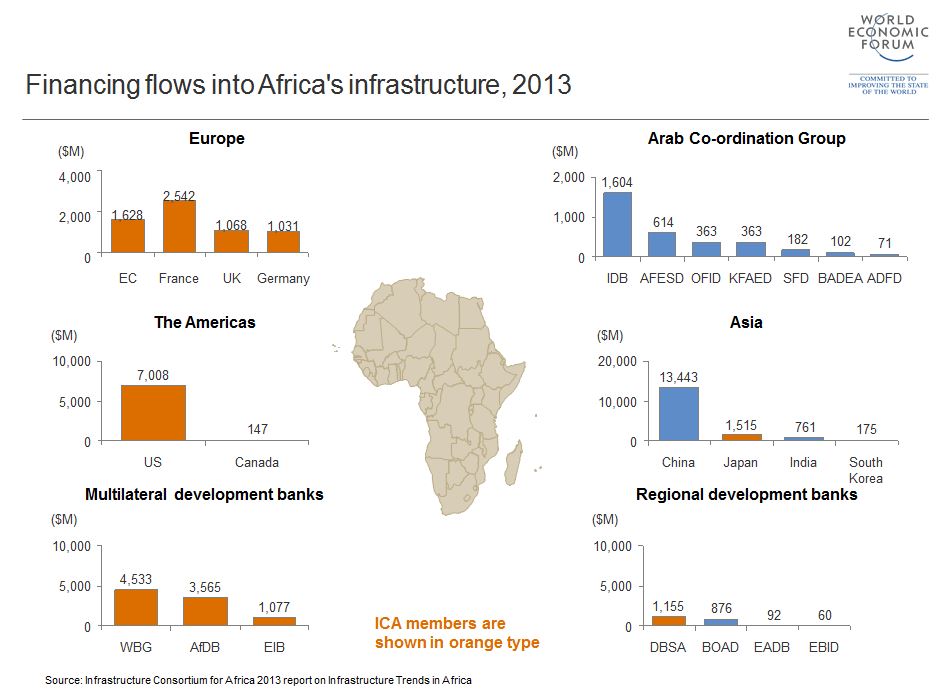 China dominates investment in Africa’s infrastructure, accounting for more than Europe and North America together and comfortably exceeding the combined efforts of all multilateral and regional development banks. 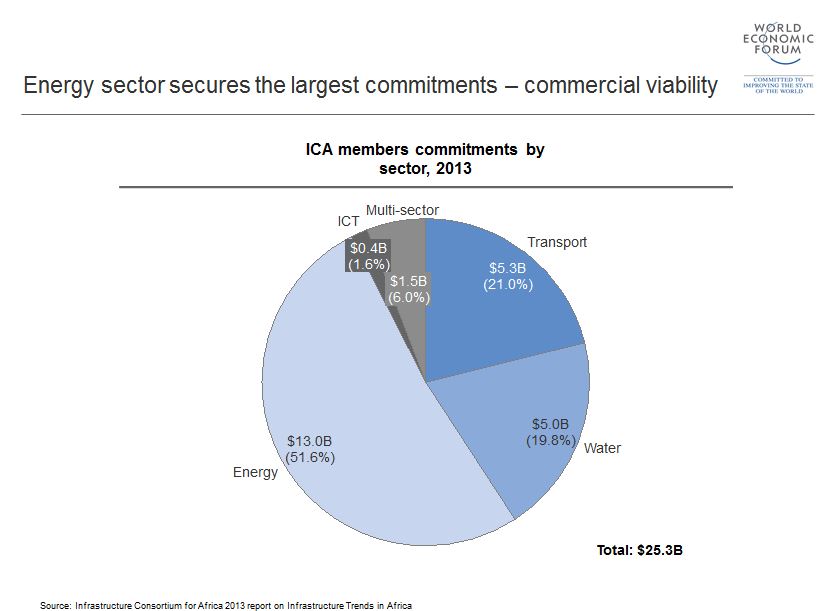 Energy is by far the most attractive sector attracting more than half of the commitments. Between 2011 and 2040, energy demand in Africa will grow from 590 to 3,100 terrawatt-hours, according to the Programme for Infrastructure Development in Africa (PIDA). 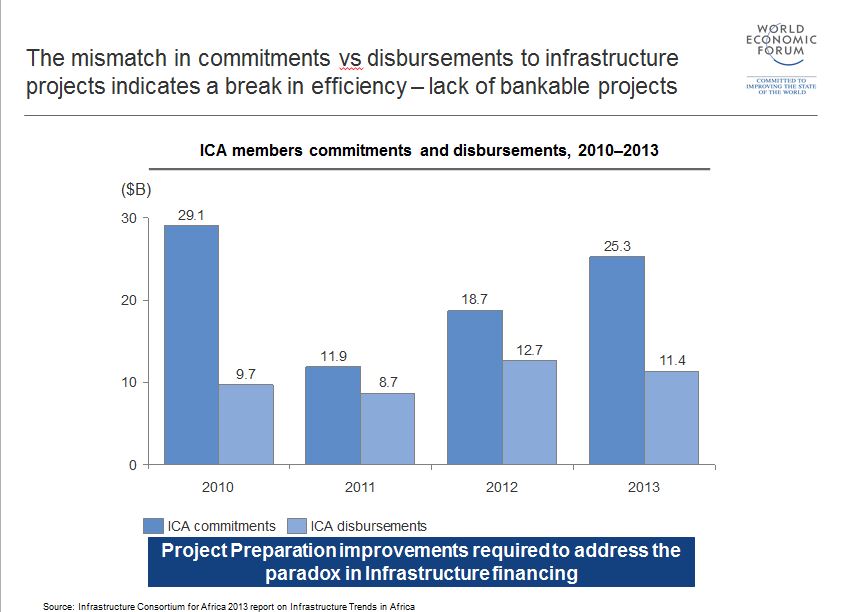 Despite strong engagement from key players like China and the US, there remains a big gap between what’s committed and what’s received. ICA member payouts were $11.4bn in 2013 – less than half the commitments of $25.3bn.

This is the paradox of African infrastructure finance: plenty of private-sector interest but few project-preparation skills to turn prospects into a bankable state. One key bottleneck is the lack of early stage funding to pay for relevant studies or to engage public agencies. Early stage finance is the riskiest with no guarantee projects will proceed and such investment tends to fall to governments and development banks. The private sector would be more inclined to support the early stages of projects if only project preparation skills could be increased, according to the World Economic Forum report ‘A Principled Approach to Infrastructure Project Preparation Facilities‘ , which identifies 5 key areas that need to be improved. These principles should underlie and inform the design of each Infrastructure Project Preparation Facility in all its aspects – strategic, operational and financial.

It’s when private-sector resources are combined with public-sector support that project preparation can be successful. This in turn strengthens the prospects for sustainable infrastructure development, leading to economic growth and social progress.