The arrival of the South: Does access mean influence?

If the giant “Mexico, Mexico, Mexico” signposts are not a tip-off, then perhaps the new “Inspiring India” façade of the Kongress Hotel is a clue. Add Brazil, Turkey, South Africa, Ukraine, China, Malaysia, Peru and Saudi Arabia into the mix, and it should be clear: the emerging world has arrived, so to speak, in Davos.

The emerging world represents 85% of the world’s population, 50% of global GDP and 30% of global trade. As South-South cooperation increases and South to North investment grows, leading global governance forums – such as the World Economic Forum Annual Meeting in Davos – should reflect the new demography.

Indeed, Indian participants number almost as many as their German counterparts. The Annual Meeting 2012 will host over 1,000 participants from emerging and developing economies, among which are top business persons, political figures, representatives from non-governmental organizations, academics and youth leaders. The voices of the South could not be more essential to discussions on this year’s central theme, “The Great Transformation: Shaping New Models”, which challenges everyone here to consider a world where the relative strengths and weaknesses of nations are closer than ever before.

But does access mean influence? (Full disclosure: I am from the South – Latin America more exactly. I have a vested interest in access, but more importantly, in influence.)

From one meeting room to the next, I am struck by the different tones of conversations going on simultaneously in the Congress Centre. For Africa, Latin America and the Arab world, the focus of discussion is on the new contexts, best practices and transformations occurring in each region. India, East Asia and Tunisia are immersed in their own tall ambitions, future generations and frontier markets. Giants China and Brazil are preoccupied with the question of whether their growth is too hot, just right or cooling off. At times, a subtle chord of hesitation creeps into the discussion – it’s looking good now, but will it last?

Meanwhile, the industrialized world is brooding. The Eurozone mulls over the questions of whether crisis does mean opportunity, or whether demise is on the horizon. A debate between US politicians considers scenarios following the drawdown of American military forces in Central Asia. A conversation on Japan sifts through new models that may bring the Nippon island back to the centre of world leadership. There is talk of changing global governance structures – and sincere recognition that the world has not made too much progress in this regard since last year’s Annual Meeting in Davos.

In the exuberant atmosphere of the Meeting, one part of the world turns with great hope to the future, its opportunities and inevitable problems; another gazes with some trepidation at the past, but with determination to conquer the uncertainties of 2012.

Access does mean influence when the two conversations converge on tough topics. Their voices say we – not “them”, or “us” – need to improve faltering global governance, take drastic action on natural resource management, and respond to changing demographics. Sitting side by side and face to face, actors from the North and South, from industrialized and emerging economies, can agree they must join forces in building a stronger, more resilient and just world. 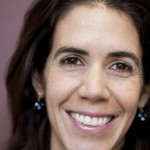