Hyperconnectivity: the buzz word at Davos

“Hyperconnectvity” was this year’s buzzword in Davos. So what does it mean?

Hyperconnectivity describes the trend towards having more of the world’s population online at any given time. People are connecting from diverse locations such as cars and hospital beds and using platforms ranging from smart phones to kitchen gadgets. This generates enormous amounts of data, presenting challenges and opportunities.

Business leaders are captivated by this trend because it is shaking up business models everywhere. It has brought huge gains in productivity. E-commerce is set to double by 2016 and has become a central building block of the global economy. Hyperconnectivity puts businesses in direct dialogue with consumers.

At the same time, hyperconnectivity has social benefits. It has removed barriers for underprivileged individuals to access a wealth of information and cultural works. Web anonymity has helped steer protests for a variety of causes, making governments more accountable.

Hyperconnectivity means “more” – more information, more connections, more business opportunities and more transparency. But it can also mean more risks and vulnerabilities like cybercrime or “hacktivism.” More transparency does not necessarily mean more truth, as information can be misrepresented or abused. Both facts and rumours can go viral and influence public opinion.

Much soul-searching in Davos focused on a central issue: What governance structures are needed to ensure that all sectors of society can reap the benefits of connectivity? Our discussions tackled the rising tensions between privacy, security and freedom.

Internet legislation is growing, but it is often complex and difficult to implement in the decentralized, cross-boundary space that is the Internet. Therefore, the creation of a new governance body has been suggested, which would enforce internationally agreed norms for cyberspace. This idea met with both support and resistance. For example, blocking a site for copyright concerns could inadvertently restrict the sharing of culture and knowledge throughout the world. A war on cybercrime could easily become a war on Internet freedom.

As Rod Beckstrom, the chief executive of ICANN, noted, the only reason why there has not yet been a major breakdown of the network is mutual assured disruption, similar to during the Cold War where mutual assured destruction was the critical deterrent to nuclear conflict.

Another safeguard is the emergence of self-governing communities. To create secure environments, these communities draw lessons from biology, framing the fight against cybercrime as an “evolutionary battle.” This implies developing and disseminating countermeasures as threats emerge, or, in other words, building a digital immune system for the Internet.

By its very nature, digital policy touches on all segments of society. In some ways, it has rendered existing governance models obsolete. A new initiative launched in Davos hopes to promote cyber resilience by inviting organizations to follow a series of shared principles. This could provide a way forward by building coalitions where all groups have a stake. Individuals, businesses and governments can all benefit from hyperconnectivity; none should be penalized to please the others. 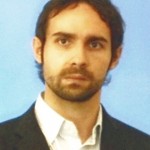