David Agus: Why we must embrace genetics

In 2010, non-communicable diseases (NCDs) overtook infectious disease as the leading killer worldwide. These include illnesses such as diabetes, heart disease, stroke, cancer and the ravages of malnutrition.

A recent study by the World Economic Forum and Harvard University has estimated that NCDs will cost the world economy approximately US$ 47 trillion over the next 20 years, representing 75% of 2011 global GDP and surpassing the cost of the global financial crisis.

The numbers are so overwhelming that they can even stun a cancer doctor like me who is used to breathtaking statistics and gloomy reports. On a positive note, the World Health Organization (WHO) has estimated that a basic package of cost-effective strategies to prevent and treat NCDs would cost US$ 11.4 billion a year in developing countries. Not so much in comparison to the cost of not investing. But, there’s an added problem: the global food shortage is getting worse. Food security is a critical issue in the expanding world population, one that threatens to further affect the world economy unless addressed.

Last month, President Shimon Peres of Israel spoke at the World Economic Forum Annual Meeting 2012 about how the invention of the mirror changed society. For the first time people cared what their appearance looked like, and, as a result, social interactions naturally shifted. Peres’s presentation was fascinating as had never thought about what it must have been like to suddenly “see” yourself from this totally new perspective.

Today, we take mirrors for granted. But there’s a new kind of mirror under development that I hope we all get to benefit from, and which reflects a giant leap from the traditional mirrors created thousands of years ago. This next generation of mirrors is the one that will allow each of us to look inside ourselves thanks to genetics –and it will redefine not only what it means to “see” yourself, but also how we solve the world’s hunger and illnesses.

Thanks to high-tech innovation over the past couple of decades, genetics has moved from being primitive and expensive to being a sophisticated, accessible and cost-effective tool that will no doubt help usher in a new era of health. We cannot shy away from technology in the war on NCDs and the rising issue of food security; we must embrace it.

The world must also begin to adopt certain standards and safeguards for the new technologies. Collaboration is required among service providers, regulators, policy-makers and the public to enable this to happen. My hope is that genetics and other new technologies will allow us to reach a point where we can make meaningful advances in the “war” against all illnesses and ensure sustainable food security. It will ultimately allow us to look at ourselves in the mirror and be proud that we have change the course of history – again –and paved a more vibrant path for future generations. 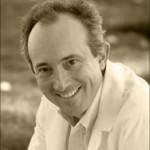 Dr. David Agus, Professor of Medicine and Director, USC Center for Applied Molecular Medicine, University of Southern California (USC), USA. He serves as the Chair of the Global Agenda Council on Genetics