What if young people in India and Pakistan increasingly fall prey to extremists? 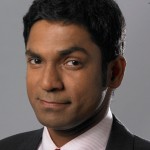 Pranjal Sharma warns that unemployed people with nothing to lose could become potent weapons in the hands of extremists. The interview is part of the Risk Response Network’s “What if?” series.

Why are you worried about rising extremism?
The issue is the scale rather than the activity. There is always going to be a certain amount of extremism, whether we’re talking about the far right, the far left, people who stir up ethnic grievances, religious fundamentalists, nationalists or others. If a few thousand people are involved, it generally won’t have a big impact, but once millions get involved, you’re looking at a crisis. Millions of people with radical ideas affect the way people vote and the way politics is done. We’re not there yet, but incidents of unrest are increasing. Youth unemployment is at 15% in Pakistan and 10% in India: if you have a pool of, say, 100 million young people who don’t know what to do with themselves, these fringe movements can easily dip into it for recruits. Remember, the median age in Pakistan is 21.9 years and 26.5 years in India.

What warning signs have you already seen?
Industrial unrest in India is on the rise. In a recent case, a group of about 1,000 temporary workers at an automobile plant in a New Delhi suburb turned on senior executives, killing one and seriously wounding several others. Rather than being a spontaneous attack, it might well have been organized by one of the many extremist, militant labour groups that have been gaining traction in India. The workers, who were on temporary contracts, wanted some parity with the conditions offered to the permanent employees. The danger is that when you have a lot of young, unsatisfied people, whoever wants to exploit them can do so. Although the demand may be very valid, the way they want to achieve it may become violent.

In another unprecedented situation, there was countrywide panic when ethnic tension in the north-east of India, along the border with Bangladesh, spread to other parts of the country. A fringe element got a lot of unemployed people in western and southern India behind them to threaten migrant workers from the north-east, accusing them of stealing jobs and causing them to flee cities like Bangalore.

Is the situation comparable in Pakistan?
Pakistan is more homogeneous than India, so you don’t see some of the clashes between different religions and ethnic groups. Their issues are different. Clearly, they have problems on their border with Afghanistan, with the Taliban and Al Qaeda, and then there are people inciting hatred against India, the US and the West. Even the regions that are not plagued by extremism suffer from bad governance, with a lack of education, jobs, even food. All of this means that people are very vulnerable in the wake of natural disasters. If you create a situation with people who have nothing to lose, they become extremely potent weapons. Look at the recent violence in Pakistan against the anti-Islam film. The hordes that attacked were mostly young, unemployed men. Some were even teenagers who could not aspire to a productive future. Many felt that the anger and desperation created by a lack of jobs and a low quality of life were manifesting themselves in this violence.

If extremism were to deteriorate, how would this happen?
There are many extremist elements in India and Pakistan who do not want harmony between the two countries. These groups could prey on disaffected, poor and unemployed youth and harness their anger to sabotage the relationship between the neighbours, rolling back the level of progress that has been made with some degree of free trade.

In Pakistan’s fragile democracy, this antagonism could also be exploited by vote bank politics, which is where divisive policies are used to get people to vote in communal blocks. What’s more, since ties to the centre are tenuous in Pakistan, you could see certain regions becoming countries in themselves. This is already happening, but it will intensify: some provinces will become ungovernable.

In India, you would see an increase in conflicts between different regions and communities, with fights breaking out over land rights and the acquisition of land for industry. Overall, the fringe would become more mainstream and start to influence the centrist mood. Instead of equal opportunities, everybody would be forced to scrabble for resources as best they can.

Would you expect to see more terrorist attacks along the lines of the 2008 Mumbai atrocity?
It would become easier to recruit people to carry out such attacks, and the same thing goes for revenge attacks in India. Indian militant groups have not have managed to attack within Pakistan, but they attack local Muslims. You already have militant right-wing Hindu groups who target Muslims, even though these people are ethnic Indian citizens who have lived here for centuries. These sorts of tensions would gain momentum.

How well prepared are we for this situation?
Not very well. The solution to this problem lies in domestic economic policies, which are not boosting growth and job opportunities. India is struggling with its own economic dynamic, whereas Pakistan is so caught up with power struggles between the army and the political parties that few are worried about the economy. Unless there is a focus on growth and employment, the youth of both countries will continue to stray towards extremist causes.

What’s the best way to mitigate this risk and whose job is it to do so?
Ramping up security and improving policing could be a short-term reaction, but that’s like trying to control steam by capping it: you can do it for a certain while, but the steam will just come out in different ways, or the vessel will burst. The only approach is to address the anger of the youth. Both countries must create job opportunities on a massive scale. They must invest in improving employability and reskilling of workers. A poor economy has to channel the energy of its youth to boost its growth and wealth, much as steam was harnessed for railway engines. This task lies with the federal and state governments, with support from the private sector. We need an environment where people can find gainful employment, entrepreneurs can flourish, foreign and domestic investment can multiply and the aspirations of the people can be met. A poor desperate youth can turn the demographic dividend into a demographic disaster for Pakistan and India.

Pranjal Sharma is the Consulting Editor of Business World

Pictured: A policeman stands in front of a damaged building which was hit by a bomb attack in Quetta, Pakistan (Reuters)