Why economic growth is no measure of social welfare

In any country, economic growth is seen as the solution to unemployment and poverty. It creates jobs and boosts purchasing power so that people can meet their needs. International organizations and financial institutions such as OECD, WTO, World Bank and ADB measure a nation’s development by its economic growth. However, in developing countries such as Indonesia, economic growth presents a contradiction.

The “paradox of economic growth” is where the economy grows but so does income inequality. Indonesia’s economy grew by 6.1% in 2012, 6.3% in 2013 and 6.4% in 2014. In growth terms, the country was second only to China; it had an investment grade of triple A minus. In 2013 it ranked 15th in the list of the world’s richest countries, rising to 10th in 2014 following a significant increase in GDP and purchasing power. At the macro level, Indonesia’s economic growth appeared to be good.

But if we look closer, we see it was an illusion: behind the scenes Indonesia’s Gini ratio was increasing. In 2012 it was 0.36, in 2013 0.39 and in 2014 0.41. As the national economy grew, so did the income gap. The benefits of economic growth – in Indonesia as well as in other developing counties – were reserved for the middle class and above; few benefits made it as far as the lower and working classes. The rich became richer; the poor poorer.

In terms of the minimum wage, Indonesia ranks 69th among 196 countries, according to the International Labour Organization. Wages lag at roughly IDR 2.2 million per month ($210), which is not enough to live on. The futures of 16 million workers are uncertain because of outsourcing practices. As well as this, health insurance is limited and pension funds for informal workers are as good as non-existent. These conditions stretch beyond Indonesia to other developing countries such as Thailand, Vietnam, the Philippines, India and Columbia. It begs a very simple question: what’s the point of economic growth if people are still poor? 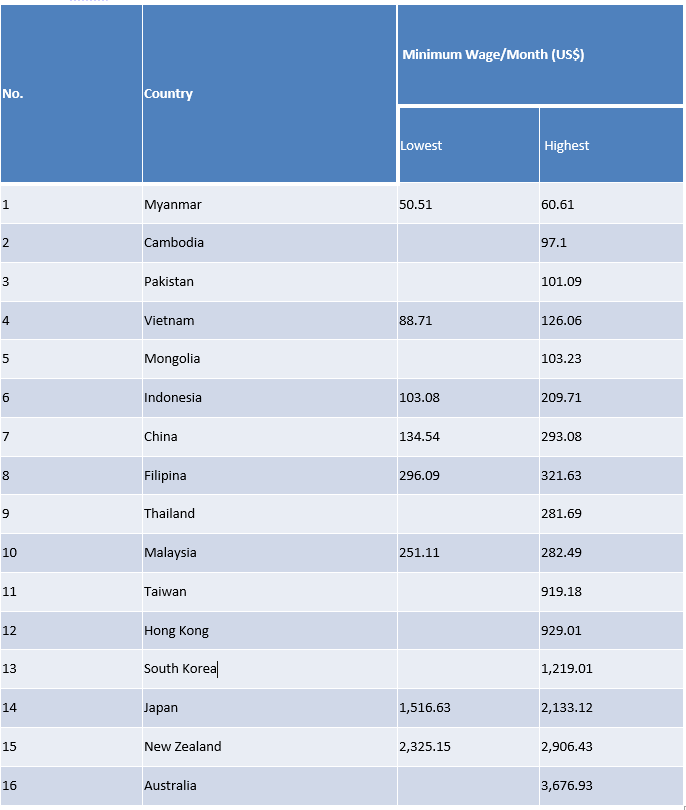 In Indonesia, it’s clear that economic growth is not being experienced by poor people. Just look at the nation’s income inequality, limited access to social security (especially health and pensions), outsourcing of workers, union busting and a restrictive bill that curtails freedom of association.

Some efforts have borne fruit. Pension funds will be offered from July 2015. The outsourcing of workers has been restricted to five sectors: cleaning services; catering for employees; security personnel; support services in the mining and oil sectors; and employee transportation services. This means 16 million workers have changed their status to become permanent and contract workers.

Along with KSPI, the Indonesian Trade Union Confederation, I can suggest three further steps towards a stronger Indonesian economy. Along with prioritizing fairness and justice, trust and accountability, Indonesia should employ the following strategies:

Hopefully this argument can enrich our understanding of economic growth versus social welfare.

Image: An aerial view of the business district in Jakarta, May 5, 2014. REUTERS/Beawiharta

New data shows GDP dropped from nearly $21.6 trillion down to $19.5 trillion between Q1 and Q2 in the United States. This map shows which states have been hardest hit.

Explainer: What we know about China's 'dual circulation' economic strategy