How boosting the income of the poor spurs growth

The gap between the rich and the poor is at its widest in decades in advanced countries, and inequality is also rising in major emerging markets (Chart 1).  It is becoming increasingly clear that these developments have profound economic implications. 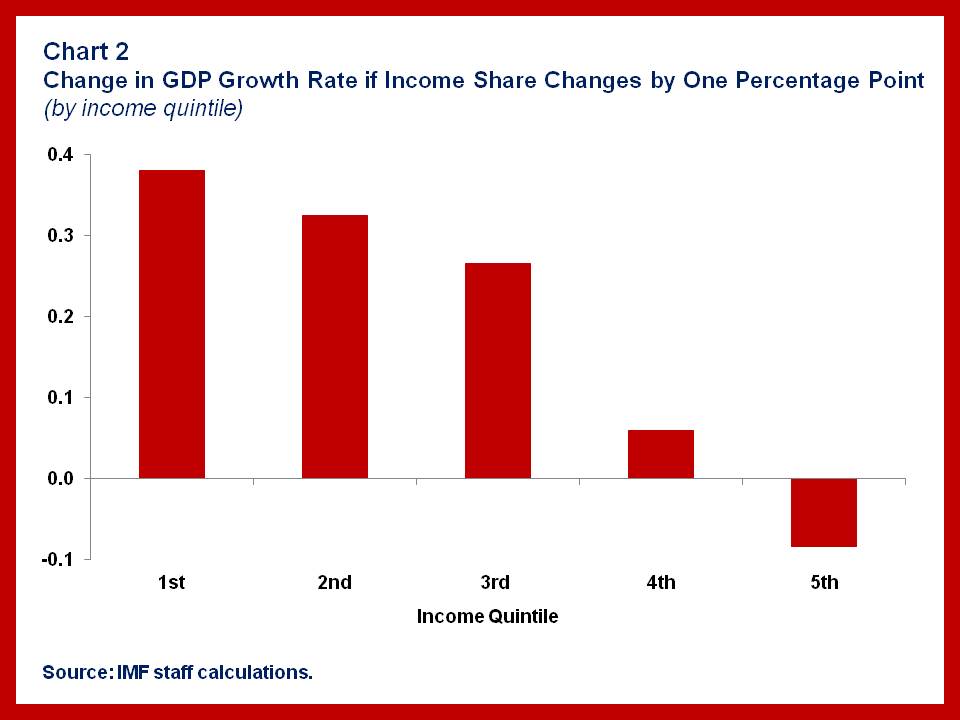 Over the longer run, persistent inequality means that the the poor and the middle class have fewer opportunities to get educated, enhance their skills, and pursue their entrepreneurial dreams.  As a result, labor productivity and growth suffer.

Inequality has been falling in some bright spots in Latin America, sub-Saharan Africa, Middle East and North Africa. But even in these regions, there is little room for comfort, given the pervasive inequalities of opportunity and access to education, health care, and finance. In sub-Saharan Africa and the Arab world, for example, around half of the poorest segments of the population have less than four years of education (Chart 3). In developing countries more generally, access to healthcare and finance is scarce for the poor.

In addition to looking at the consequences of inequality, our study also examines some of the causes. Our results suggest that there are many common factors behind rising income inequality, irrespective of a country’s level of economic development. One such factor is technological change, which can raise the demand for skilled labor over low-skilled labor by eliminating jobs through automation or upgrading the skill level required to keep those jobs. The decline of some labor market institutions (such as lower trade union power) is another.

These factors help overall growth and productivity, but they also tend to boost inequality, at least in the absence of compensating measures. Globalization has also played a role in reinforcing inequality, albeit a smaller one.

We find that the rising skill premium—that is, the wage difference between skilled and unskilled workers—is associated with widening income disparity in advanced countries. Financial deepening—or the expansion of bank credit and financial markets—is associated with rising inequality in emerging market and developing economies. This is particularly true in the early stages of financial deepening, as access to financial services is limited to a small segment of population, although the benefits become more broadly shared as economies develop.