These countries smoked the most cigarettes in 2014

Only 10 years ago, it was common to find smokers in major European cities having a cigarette in bars, restaurants and even on public transport. The subsequent crackdown on smoking in Western Europe has changed habits drastically.

While tobacco consumption in the West seems to be on the decline, new research suggests that it is on the rise in the developing world. According to the WHO, of the 1 billion global smokers, almost 80% are in a low or middle-income countries.

Of those, Chinese smokers consume more than all other low- and middle-income countries combined. To combat this, the Chinese government has clamped down on existing smoking bans, reinforcing them with hefty fines, and levying a full ban on public smoking in Beijing.

So of the 5.8 trillion cigarettes smoked in 2014, which countries consumed the most? 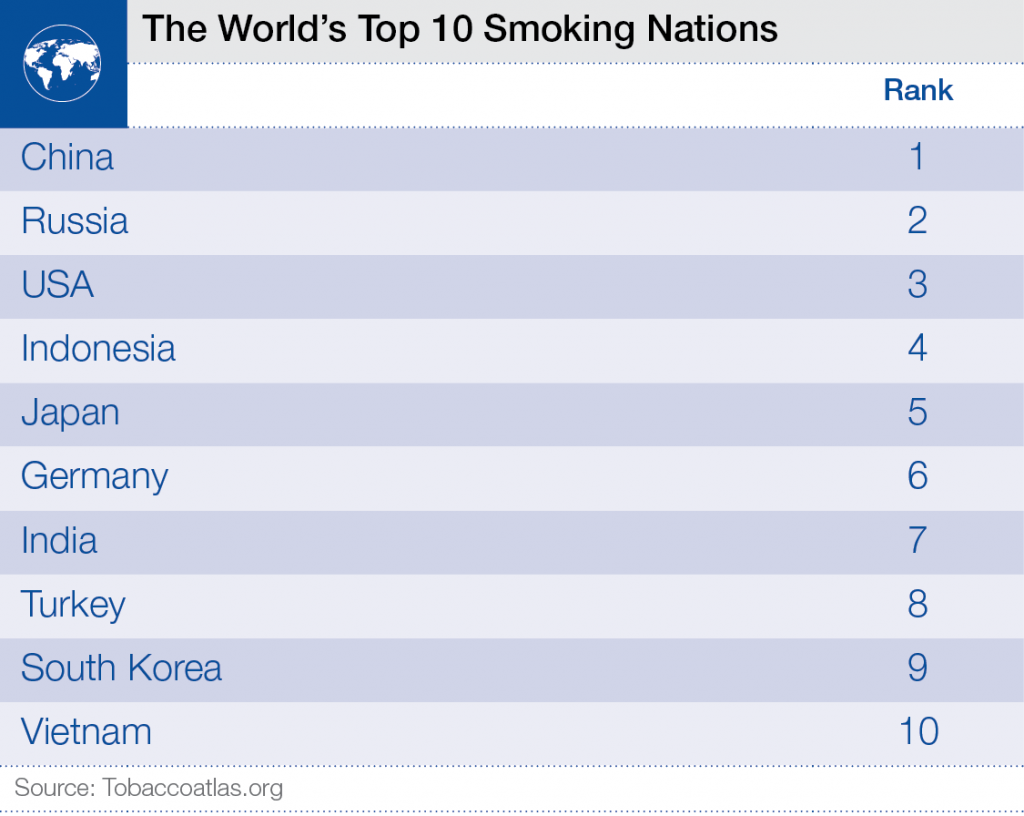