The real tragedy of the Greek debate

“Austerity is killing the Greek economy.” That is the conviction of many economists and politicians today. Of course, many mistakes were made in the course of the Greek crisis. Getting it right is always easier with the benefit of hindsight.

However, even with hindsight, it appears odd that some analysts and politicians seem to argue that Greece would be fine today if only it could spend a bit more money.

No-one seriously argued that Ireland and Spain could have cured their economic ills by extending more credit to people to build and buy more houses. It would be just as hopeless to argue that Greece should continue blowing up its public sector as a way of “growing itself out of trouble”.

The number of people employed by the state had risen to around one million – meaning that one in five people of employable age was dependent on a state salary. On some calculations, public sector compensation was 60-70% higher than what people earned in the private sector (although private sector salaries may have been underdeclared for tax reasons). 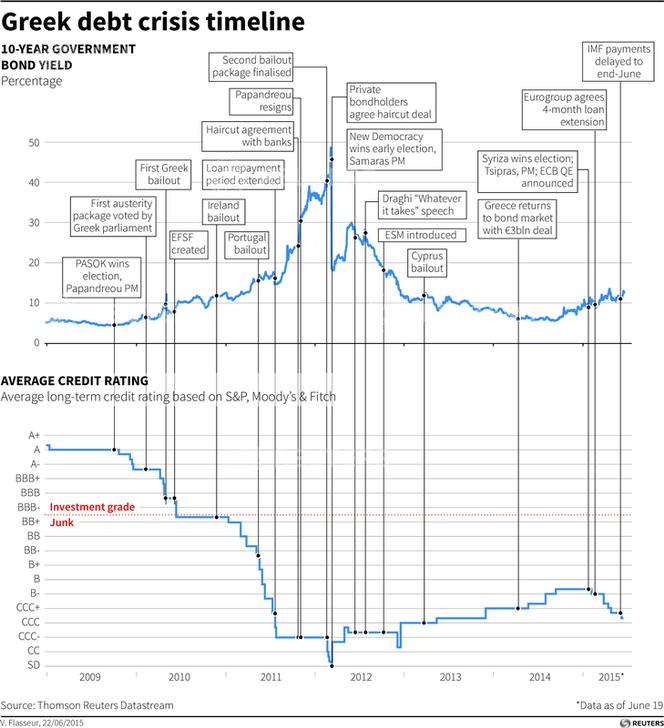 The success of the Nordic countries shows that a big government is not necessarily an impediment to growth and prosperity. But a big and inefficient government is. As is now well documented, in Greece, the big state was largely the result of deeply entrenched clientelism. In its 2011 examination of the Greek public sector, the OECD found that this huge state apparatus was drifting without much steering or purpose. One of its functions was to create jobs, preferably senior positions. The average Greek ministry had 440 different departments or administrative units. One in five of these did not have any people in it other than the head of department and only one in ten had 20 staff or more.

Another of its functions was to write regulations, and not necessarily as part of an agreed policy. At the time of the crisis, the World Bank ranked Greece’s business environment 110th out of 183 countries, just below Ethiopia and Lebanon. Greece’s GDP per head (at PPP), however, was twice that of Lebanon and 30 times that of Ethiopia.

What the state was ostensibly not so good at was providing equitable public services. Infrastructure and education were rather mediocre. One of the reasons why the recession was so deep in Greece was that its welfare system was underdeveloped, fragmented and badly targeted. Less than half of welfare spending went to poor people at the height of the crisis. The big state was impeding Greece’s businesses and failing its citizens.

It was inevitable that Greece’s creditors would expect reforms in return for the money they lent Greece to get through the crisis. Since early reforms often consisted of rather vague declarations of intent, the institutions formerly known as the troika (European Commission, IMF and ECB) got ever more deeply involved in designing and supervising the changes required. Politically, this turned out to be highly problematic. Greeks began to see reforms as something that they had to deliver to outsiders, rather than the path to a more viable and equitable economic system.

Away from the often antagonistic political rhetoric, Greece has made substantive progress since 2010. It went through one of the biggest fiscal consolidations in the developed world, reducing its public sector balance by 13% of GDP in just four years. Needless bureaucracy, ineffective tax administration, the grossly inefficient healthcare system – all these were being addressed, although much still remained to be done.

When Syriza came to power in January this year, Prime Minster Alexis Tsipras promised to speed up the fight against corruption, tax evasion and cronyism. Although there has been no official assessment of reforms since then, it appears that he has done none of these things.

Given that Greece has made so much progress with fiscal consolidation, it is a tragedy that the focus today is still on the decimal points of the government budget. This continued focus has moved the debate miles away from the things that Greece urgently needs to do to create a viable economy. From an economic point of view, Greece’s debt may look sustainable since debt service is rather low. From a political point of view, it has become a debilitating distraction. Any compromise between Alexis Tsipras and the creditors will work only if it enables the Greeks to resume responsibility for their own economic destiny and focus on the task at hand: rebuilding their economy from the rubble of a dysfunctional political system.

Image: Greek flags fly in front of the parliament during a pro-government rally calling on Greece’s European and International Monetary creditors to soften their stance in the cash-for-reforms talks in Athens, June 17, 2015. REUTERS/Yannis Behrakis