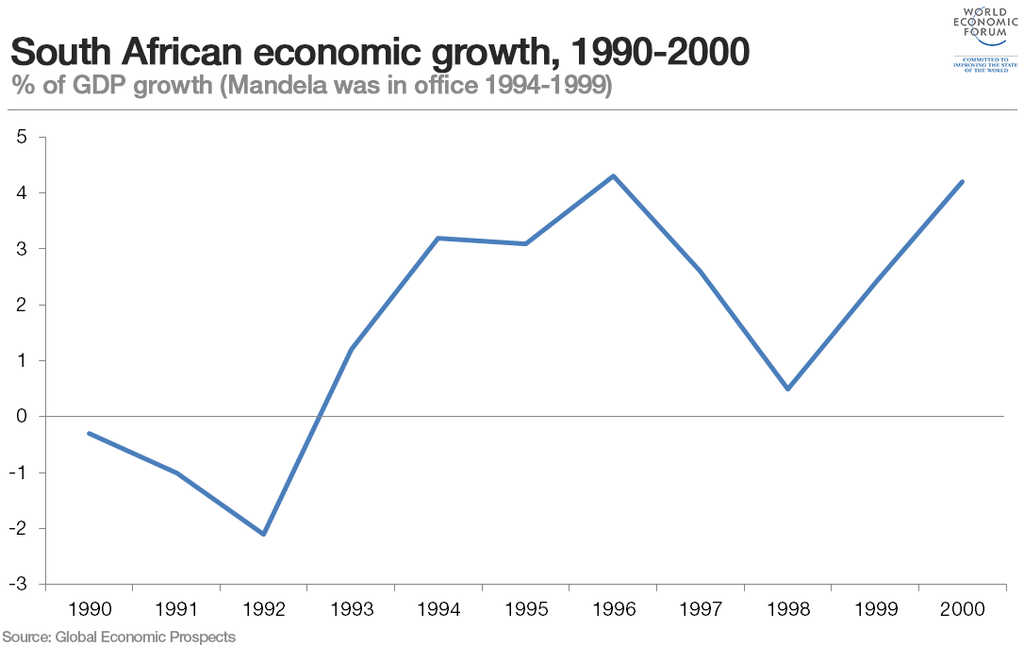 South Africa had spent many years in economic isolation by the time apartheid ended. Nelson Mandela had to find a way to manage the transition from apartheid without risking an economic collapse. His aspirations were to share the country’s natural resources, and to ensure work and education for all, and the five years Mandela led the country were characterized by strong growth.

By 2014, however, Nigeria surpassed South Africa as the continent’s largest economy.

The official unemployment rate in South Africa has been as high as 25% for many years, with youth unemployment even higher. Changes were slow even after apartheid ended, but the percentage of employed South African’s rose from 48.4% in 1990, to 52.2% in 2000. 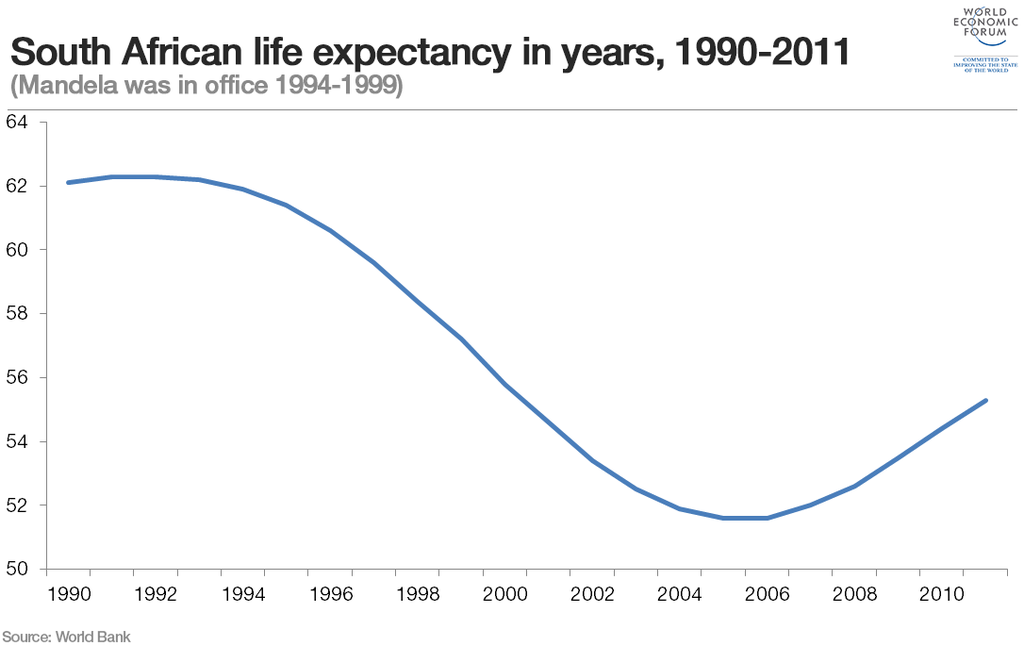 One of South Africa’s biggest problems is the number of HIV/AIDS patients. Estimates show one in seven citizens is infected with HIV – one of the highest rates in the world. This explains why the average South African’s life expectancy fell by ten years between 1992 and 2003.

Early on, Mandela expressed his concerns about the spread of AIDS, but didn’t focus on the issue during his presidency. He eventually became a very effective and dedicated campaigner, changing South Africa’s AIDS agenda by creating public awareness and advocating the use of condoms and treatment. The lifting of sanctions meant a rapid increase in trade and one of the features of the period since has been a continued expansion of international trade. In 1990, agriculture’s contribution to the South African economy starting dropping. The agricultural sector has grown by an average of around 10% a year since 1970 — significantly below total GDP growth of 13%. This has resulted in the drop of agriculture’s share of the GDP from 7,1% in 1970, to 2,6% in 2013.

Image: President Nelson Mandela addresses a rally in this township near Pretoria, June 25, 1995. He said he wanted the country’s rugby union team to be allowed to keep its springbok emblem, despite its apartheid origins. The team, which won the rugby union World Cup, was due to be given a new emblem. REUTERS/Juda Ngwenya

More on South Africa View all

In a world first, South Africa grants patent to an artificial intelligence system

South Africa has granted a patent to an artificial intelligence for the invention of a food container - but the decision hasn't been without criticism.

In South Africa, a zero-waste food bus hopes to drive away hunger

Shannon Morreira · The Conversation 04 May 2021