How do we improve global maternal health?

COVID-19: Why virtual mental health care could be here to stay

This is the fifth in a series of posts on data related the Millennium Development Goals based on the 2015 Edition of World Development Indicators.

Millennium Development Goal 5  is to “Improve maternal health” and is measured against a target to “Reduce by three quarters, between 1990 and 2015, the maternal mortality ratio” and to “Achieve, by 2015, universal access to reproductive health” 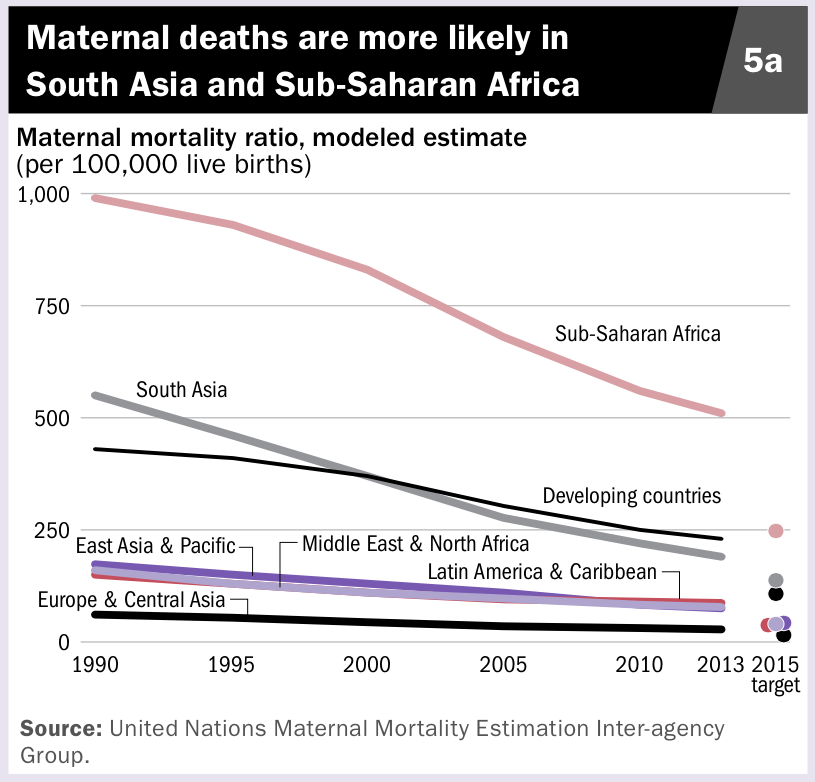 According to the WHO, every day, around 800 women lose their lives before, during, or after child delivery. In 2013, more than half of all maternal deaths occurred in Sub-Saharan Africa, and about a quarter occurred in South Asia.

However, countries in both South Asia and Sub-Saharan Africa have made great progress in reducing the maternal mortality ratio. In South Asia it fell from 550 per 100,000 live births in 1990 to 190 in 2013, a drop of 65 percent. In Sub-Saharan Africa, where rates are more than double those of South Asia, they’ve also dropped by almost 50 percent over the same period.

These achievements are impressive, but progress in reducing maternal mortality ratios has been slower than the 75 percent reduction between 1990 and 2015 targeted by the MDGs. Aside from a handful of countries, no developing regions on average are likely to achieve the target. But the average annual rate of decline has accelerated from 1.1 percent over 1990–95 to 3.1 percent over 2005–13. 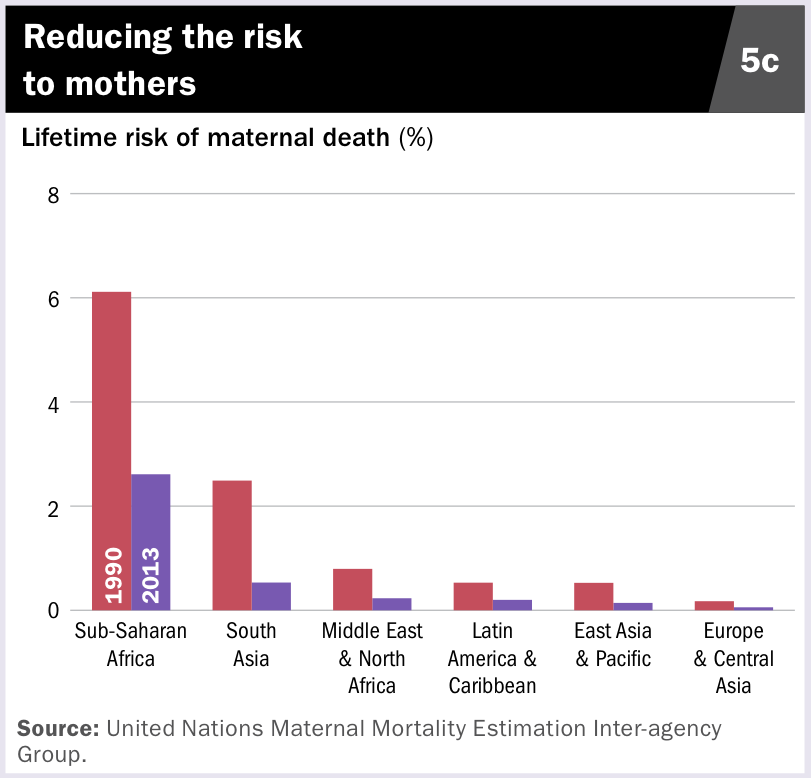 The maternal mortality ratio is an estimate of the risk of a maternal death at each birth, a risk that is compounded with each pregnancy. And because women in poor countries have more children under riskier conditions, their lifetime risk of maternal death may be 100 or more times greater than that of women in high-income countries.

Improved health care and lower fertility rates have reduced the lifetime risk in all regions, but in 2013 women ages 15–49 in Sub-Saharan Africa still faced a 2.6 percent chance of dying in childbirth, down from more than 6 percent in 1990. In Chad and Somalia, both fragile states, lifetime risk is still more than 5 percent, meaning more than 1 woman in 20 will die in childbirth, on average. 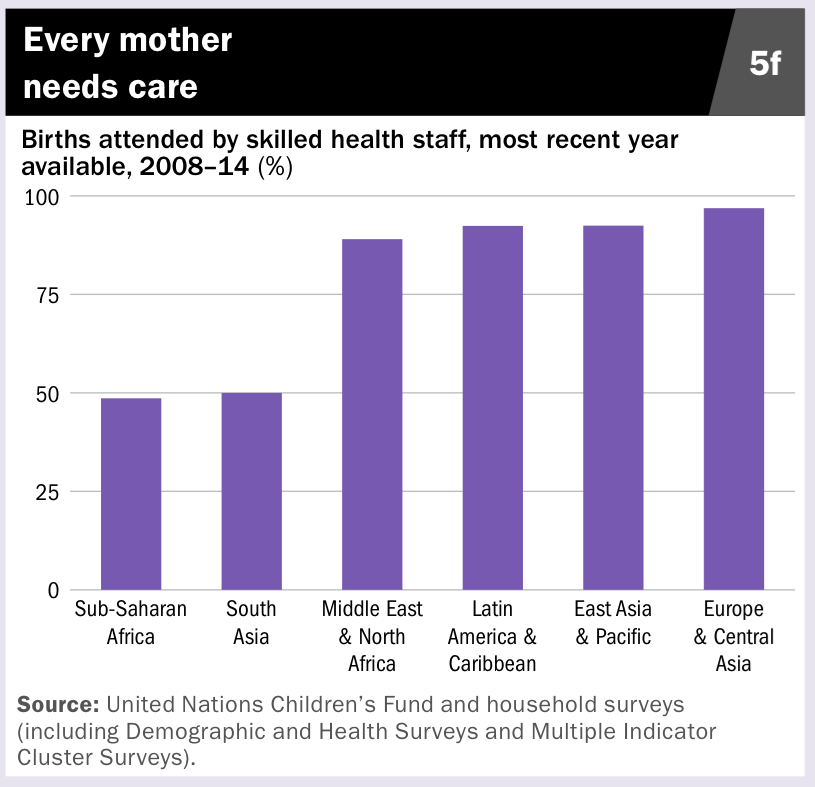 Reducing maternal mortality requires a comprehensive approach to women’s reproductive health, starting with family planning and access to contraception. In countries with data, more than half of women who are married or in union use some method of contraception. However, around 225 million women want to delay or conclude childbearing, but they are not using effective family planning methods (UNFPA and Guttmacher Institute).

Many health problems among pregnant women are preventable or treatable through visits with trained health workers before child birth. One of the keys to reducing maternal mortality is to provide skilled attendants at delivery and access to hospital treatments. In South Asia and Sub- Saharan Africa only half of births are attended by doctors, nurses, or trained midwives.

This article was originally published on The World Bank’s Open Data Blog. Publication does not imply endorsement of views by the World Economic Forum.