These are the top 9 countries for Islamic finance

What is Islamic finance?

Islamic finance is the provision of financial services that are compliant with Sharia law. According to the IMF’s definition, Sharia does not allow the payment or receipt of interest (riba), gambling (maysir) or excessive uncertainty (gharar). In practice, this means that common investing techniques such as short selling (betting against a security) are banned and all transactions must demonstrate a real economic purpose.

The two most important parts of the Islamic finance world are banking services and the Sukuk market – the Islamic equivalent of the bond market. Between them they account for around 95% of the $1.8 trillion worth of Islamic finance assets (end 2013).

Unlike traditional banks, Islamic banks’ funding comes from deposits (on which they pay no interest) and profit-sharing investment accounts with a return decided by the bank’s profit. Equally, while conventional bonds reflect a commitment by the borrower to repay the principle amount plus an agreed interest rate, Sukuk are structured so that the returns are linked to the underlying asset, with the lender receiving a claim on the asset in return (rather like asset-backed securities).

Which are the key countries involved?

The most significant players remain the GCC countries, which account for the vast majority of assets. That said, the model is also making headway in countries such as Malaysia, Indonesia, Turkey and Pakistan. 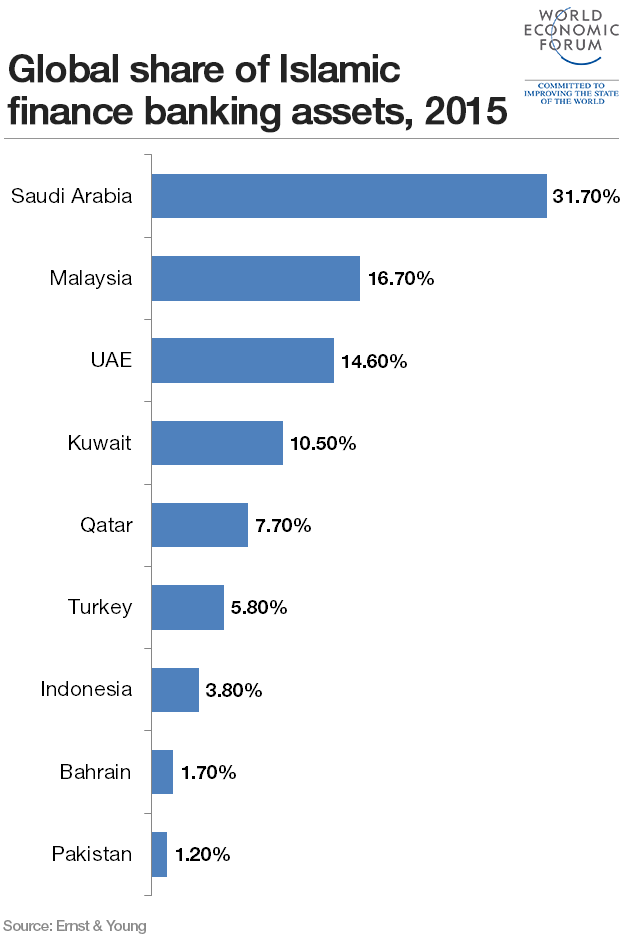 Indeed, some of the countries outside the GCC are experiencing the fastest growth. Below are the year-on-year growth rates of assets (in local currency terms) of conventional banking v Islamic finance between 2009-2013 (via E&Y): 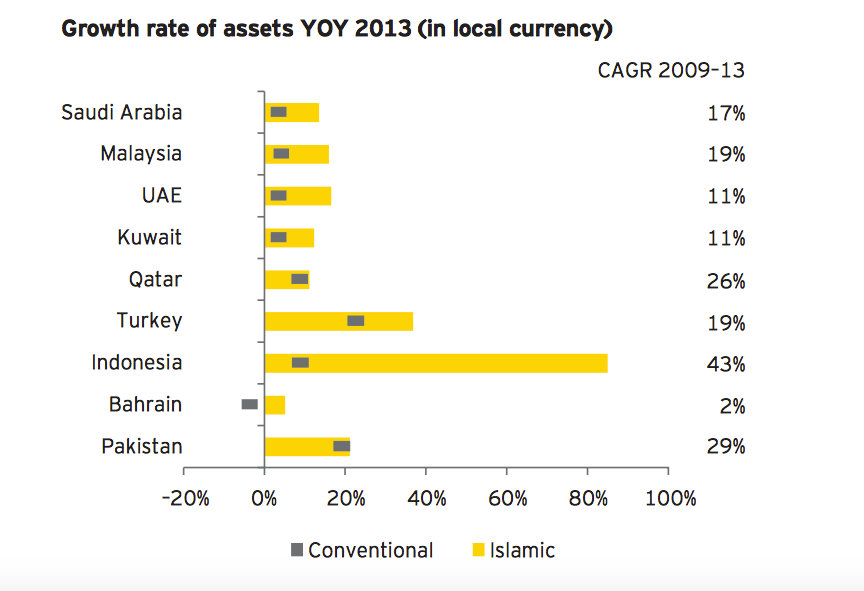 How big is the industry?

According to Ernst & Young, total Islamic finance assets of commercial banks rose 17% between 2009 and 2013, hitting $778 billion. Of that, Gulf Cooperation Council (GCC) countries account for around $517 billion, ASEAN countries for $160 billion and South Asia for $23 billion; with the rest of the world (especially Turkey) making up the remaining $78 billion. 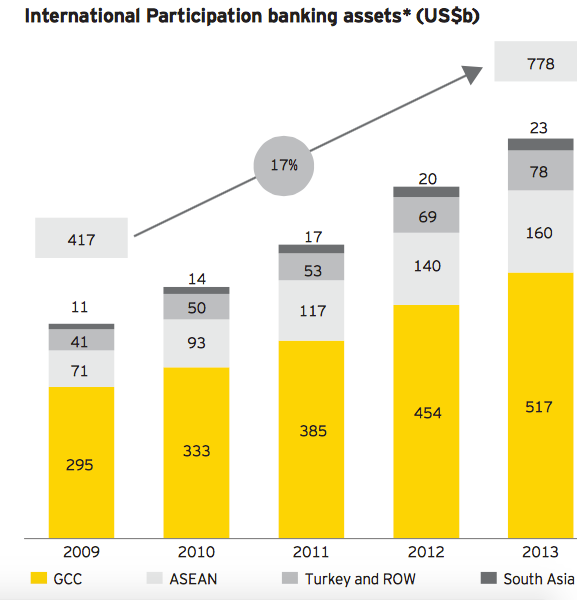 Although the pace of growth has been impressive, the share of Islamic financial assets remains only a small fraction of global financial assets (less than 1%). However, its double-digit growth is comfortably outpacing that of conventional banking and it is increasing its reach with Sukuk issuance having taken place in Africa, South Asia and Europe.

Unfortunately, while the industry is gaining ground, its profitability has so far lagged behind that of comparable conventional banking institutions. Average return on equity in leading Islamic finance banks between 2009 and 2013 was 11.9%, against a 14.5% return from traditional banks.

E&Y puts the gap down to legacy cost structures within participating banks, rather than the inherent lower profitability of these types of businesses. The bad news is that these will be difficult barriers to overcome, that will require “depoliticizing … Islamic finance” and overcoming the “deep distrust of the banking sector”.

The IMF also warns of the need to ensure an appropriate regulatory regime surrounding these nascent institutions due to the risks related to the business model. These include managing liquidity risk and dealing with the complexity of transactions and corporate structures required for Sukuk issuance.

There is good news, however: if these are achieved, Islamic finance should continue its strong growth of recent years and the profit gap with conventional banking should narrow, if not disappear altogether.