What progress has been made in reducing child mortality? 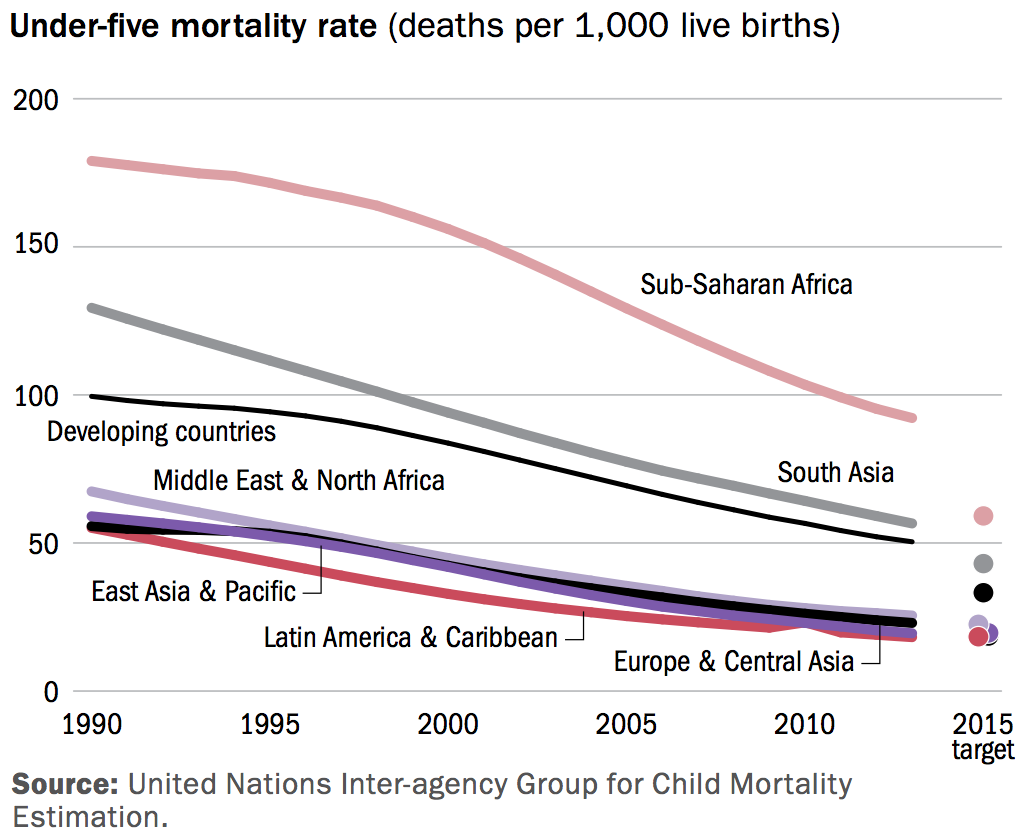 In 1990 the average under-five mortality rate for all developing countries was 99 deaths per 1,000 live births; in 2013 it had fallen to 50 or about half the 1990 rate. This is tremendous progress. But based on the current trend, developing countries as a whole are likely to fall short of the Millennium Development Goal target. Despite rapid improvements since 2000, child mortality rates in Sub-Saharan Africa and South Asia remain considerably higher than in the rest of the world 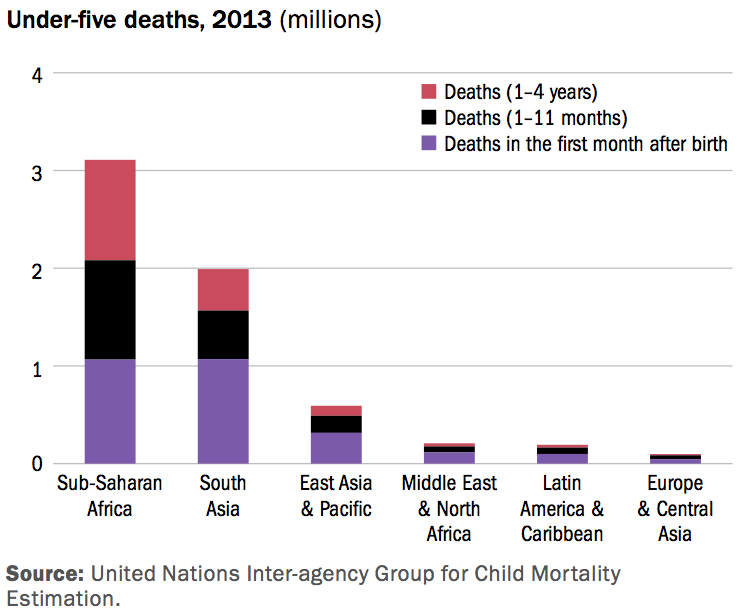 Although there has been a dramatic decline in deaths, most children still die from causes that are readily preventable or curable with existing interventions. Pneumonia, diarrhea, and malaria are the leading causes, accounting for 30 percent under-five deaths. 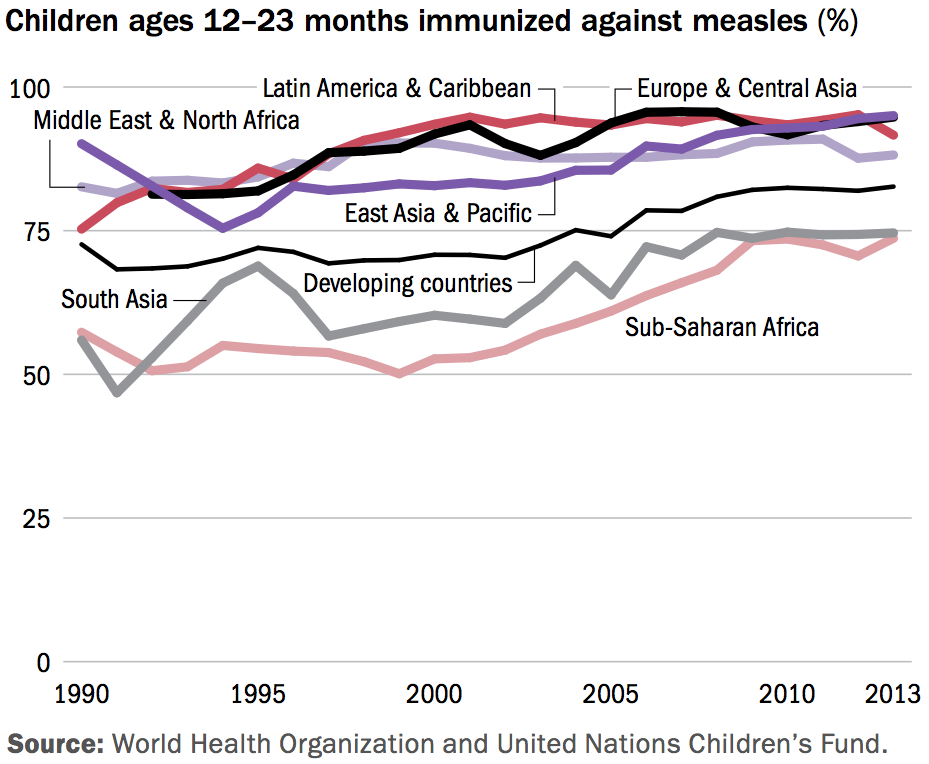 In developing countries measles vaccinations of one-year-old children reached about 83 percent in 2013. Both Sub-Saharan Africa and South Asia have seen the coverage of measles vaccinations increase since 1990, but the trend has recently slowed in both regions. This is concerning, as it might make further reductions in under-five mortality more challenging

Author: Dereje Ketema, a native of Ethiopia, is a consultant at the World Bank’s Development Data Group.

Image: A woman with a baby on her back looks on at an informal settlement in the capital Luanda. REUTERS/Siphiwe Sibeko