Human beings have only ever conquered two diseases (smallpox and the cattle disease rinderpest). But the fight against polio might be coming to a close as, on 24 July, Nigeria celebrates its official one-year anniversary since its last poliomyelitis case was reported. Once confirmed, Nigeria (and thus all of Africa) will be declared non-endemic. Two more years from now it will be officially polio free. That would mean only Pakistan and Afghanistan continue to be afflicted by the disease.

It is hard to believe that polio was once so widespread it afflicted even the former president of the United States Franklin D. Roosevelt, costing him the use of his legs. That transition is a testament to the power of vaccinations. Since 1988, there has been a 99.9% decrease in polio cases. The effort hasn’t been without its setbacks. The progress of immunization programmes wasn’t consistently sustained, allowing the disease to make a comeback in 2007. If current efforts are maintained, it is estimated that at the present rate polio could be eradicated by 2020. 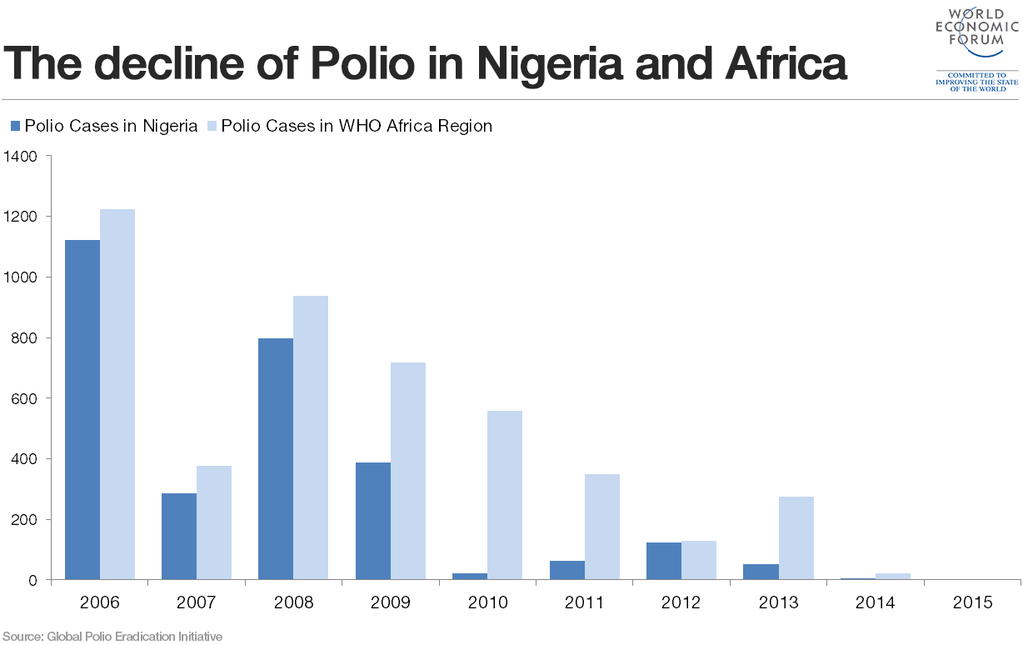 Have you read?
The vaccine stockpile saving lives
How India is aiming for full immunisation
How can we keep 9 million people healthy?