10 best cities in the world to be a student

What factors make a city desirable for students? According to QS Best Student Cities Index, which highlights the world’s top 50 cities to study in, it’s down to a combination of key factors. These include: well-respected universities, good quality of life, plenty of employment prospects, general affordability and a vibrant student community.

The index’s methodology draws on 18 indicators that are combined to give each city a score. In order to be included in the index, a city must meet two prerequisites: a population greater than 250,000 and at least two higher-education institutions that feature in the QS university rankings.

Paris tops the list for the third consecutive year, while Melbourne topples London for the second spot in the ranking.

Below you’ll find the 10 cities that scored the highest overall. 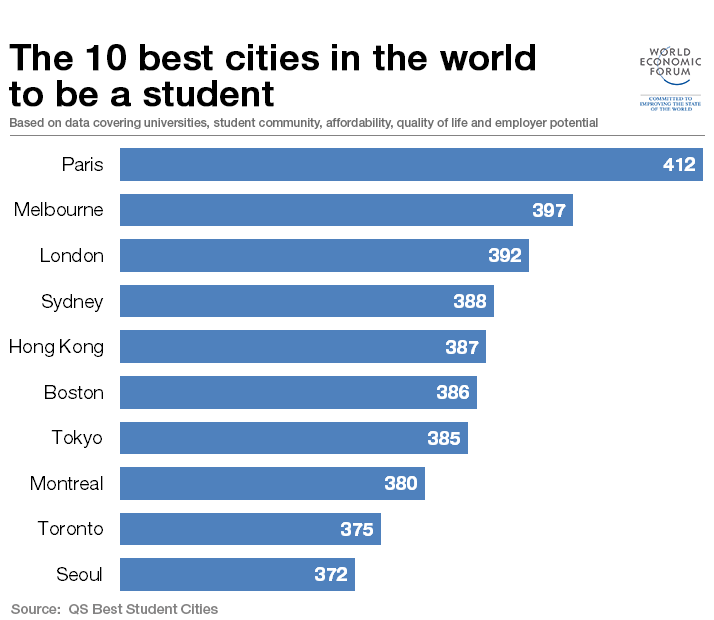 Image:  A tourist stands in front of the Eiffel tower in Paris, France REUTERS/Christian Hartmann