Which countries give the most overseas aid?

But these figures don’t take into account relative population sizes. If we divide the total ODA figures by each country’s population, we get to the ODA per capita figures shown below, which paint a very different picture. 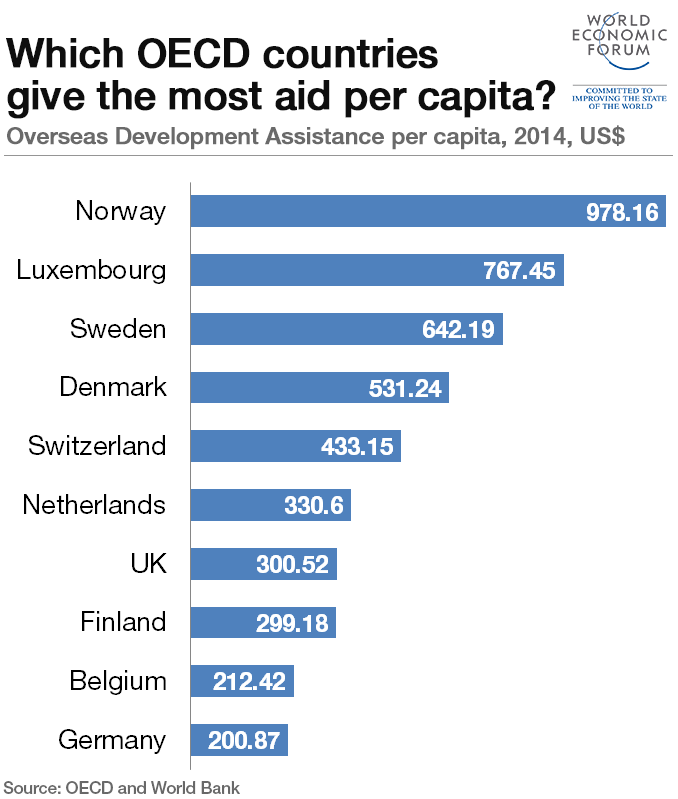 A similar trend can be seen when we consider each country’s ODA as a proportion of its gross national income, or GNI. 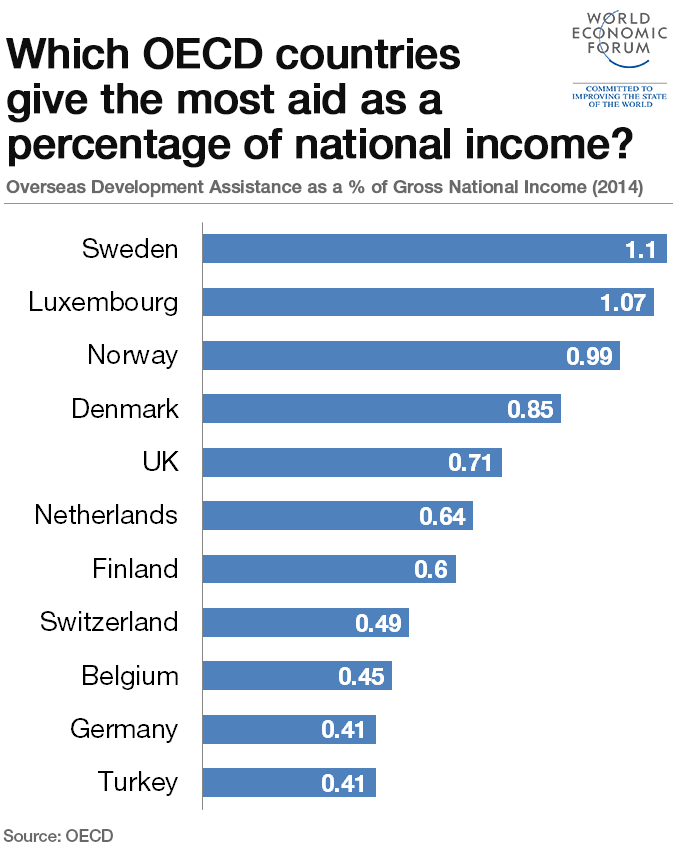 Both rankings are dominated by European countries and, with the exception of Iceland (16th), all the Nordic countries made it into the lists. The US misses out on a top spot, at 17th and joint-16th positions respectively.

Five of the top countries ­– Sweden, Luxembourg, Denmark, Norway and the UK – are signatories to the 1970 UN General Assembly resolution that rich countries should aim to commit 0.7% of gross national product (GNP) to official development assistance.

Have you read?
How can we make the most of aid?
What are the Sustainable Development Goals?
How technology can help humanitarian aid

Image: A Cambodian child holds a plastic bag as he waits for the arrival of humanitarian workers at the School for Vulnerable Child Garbage Workers at the Steng Meanchey dump site outside Phnom Penh. REUTERS/Damir Sagolj