Which are the best universities in Europe?

The University of Cambridge is the best university in Europe, according to this year’s QS World University Rankings. Joint first alongside Imperial College last year, this year Cambridge sits alone at the top of the rankings. 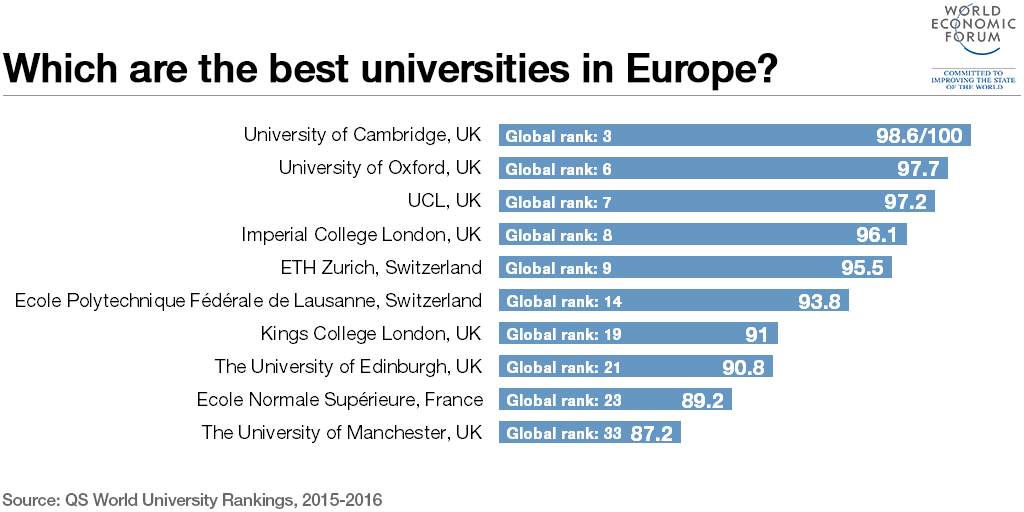 The University of Oxford follows in second place, with a score of 97.7 out of 100. University College London (UCL) completes the top three, also returning a score in excess of 97. Imperial College has slipped to fourth, from its position at the top last year.

The changes in position compared to the 2014/15 rankings are largely down to a change in the way scores are calculated, to take into account the different levels of citations in various faculty area. QS says this has made the ranking more “balanced”.