Which countries file the most patent applications?

Technological advances are a key driving force of economic growth, so research and innovation can be vital tools in tackling the developmental challenges facing countries around the world. One way of measuring the level of innovation is the number of applications for patents made.

The following chart, taken from World Intellectual Property Organization (WIPO) data, shows the countries whose residents filed the most patent applications in 2013 (the latest year for which data is available). 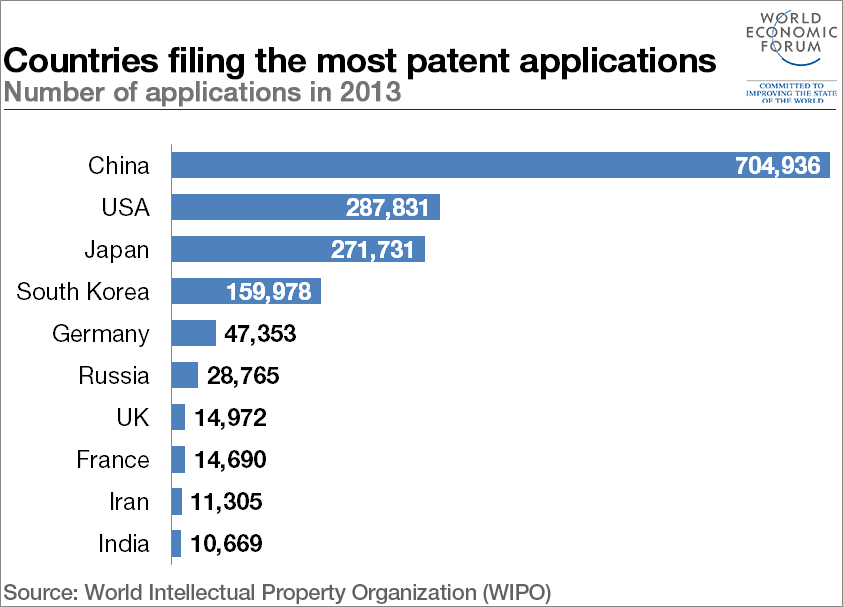 China tops the list, with over 700,000 applications in 2013, well over twice the number in the USA, which is in second place. The difference between China in first place, and India in tenth is more than 690,000 – further cementing China’s place as the world innovation leader. Iran also makes an appearance in the top 10, with 11,305 applications.

Image: A technician makes adjustments to the “Inmoov” robot from Russia during the “Robot Ball” scientific exhibition in Moscow May 17, 2014. REUTERS/Sergei Karpukhin