Which country has the best public spaces?

According to Eurostat, which conducted the survey, roughly 40% of Europeans now live in a densely populated area. In some countries, that number is notably higher. The United Kingdom has the most urban dwellers: 58.6% of the population. Other countries with large city populations include Cyprus (54.7%), Spain (48.5%), Malta (48%), Bulgaria (45.7%) and the Netherlands (45.2%). Green spaces have been found to have a significantly positive psychological effect on the people living in these areas. 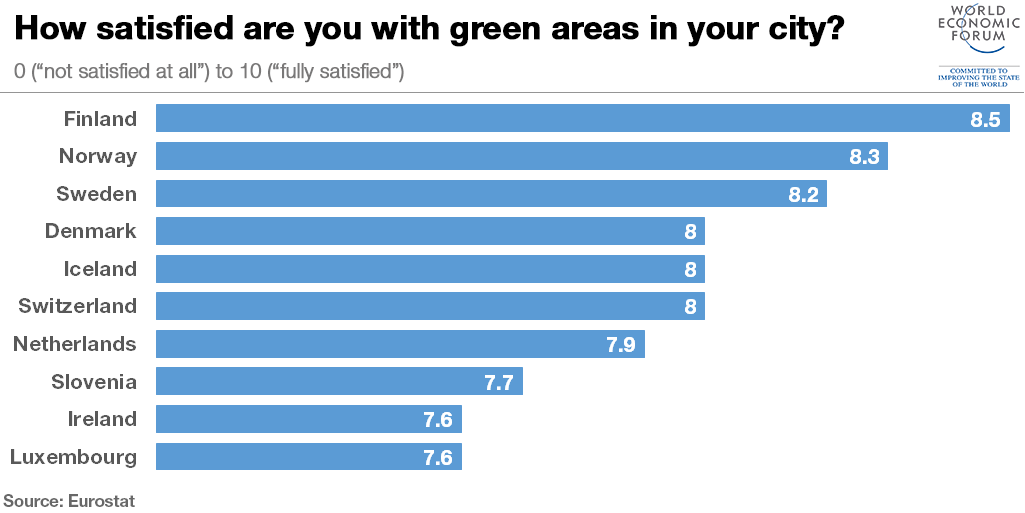 Image: A man pushes his bicycle on a sunny autumn day down a tree-lined street in Stockholm. REUTERS/Jessica Gow/TT News Agency

Nearly a quarter of workers have left a job because of the commute. Here's how we can create safer, greener, more dignified journeys for everyone after COVID-19.

Why COVID-19 stimulus needs to account for future infrastructure risks

Coronavirus stimulus measures should focus on projects that not only grow the economy, but also anticipate the impact of future risks like climate change.

A blueprint for business to transition to a nature-positive future