Some 13% of the world’s countries have compulsory voting, according to data compiled by the International Institute for Democracy and Electoral Assistance.

Turnout doesn’t get close to 100% even when voting is compulsory, because the laws are not always strictly enforced. Yet their impact is dramatic. For example, according to Pew Research, turnout plunged in Chile after it moved from compulsory to voluntary voting in 2012: from 87% of registered voters in the 2010 presidential election to 42% in 2013. 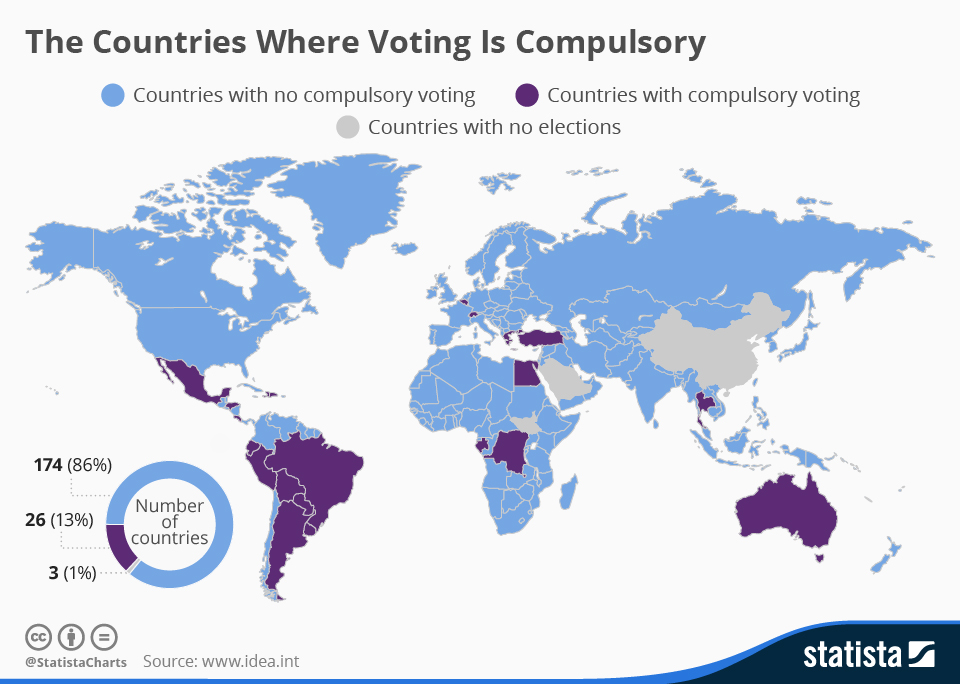 Image: A surfboard rider walks past a polling booth for referendum voting REUTERS