Which languages are most widely spoken?

English is the most widely spoken language worldwide, with 1.5 billion speakers. As we become increasingly connected, English has assumed a position of the dominant language of global communication, notably on the internet.

The following chart is based on data taken from Statista, and shows the numbers of total speakers and native speakers in millions. 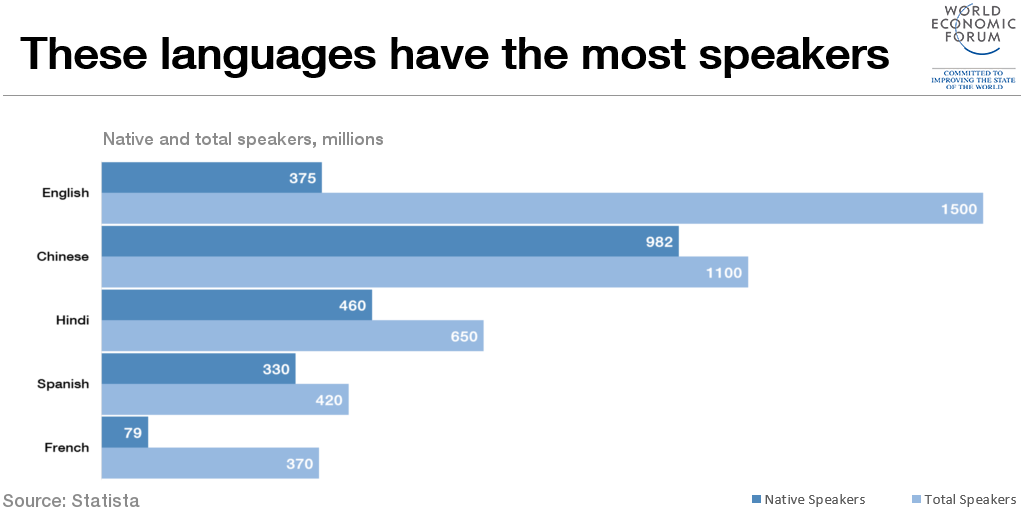 Chinese, which is the official language in China, Taiwan and Singapore, is second on the list, with a total of 1.1 billion speakers. Hindi completes the top three, with 650 million speakers.

Both Chinese and Hindi surpass English in terms of native speakers, with native speakers accounting for only 25% of the total number of English speakers.

The list is completed by Spanish in fourth, with 420 million speakers; and French in fifth with 370 million.

Have you read?
How your language changes your worldview
The countries with the most spoken languages
Which languages do Europeans learn?

Image: A teacher points to Chinese characters on the board at Broadway Elementary School in California, April 11, 2011. REUTERS/Lucy Nicholson