Drink driving: what are the laws around the world?

Every year, 1.2 million people around the world die in a road traffic accident. In fact, it’s the main cause of death among those aged 15-29 years old. In many countries, one of the leading causes of these accidents is alcohol.

In the US alone, almost 30 people are killed every single day in road traffic accidents involving an alcohol-impaired driver. According to the World Health Organization, in developed countries more widely, 20% of fatally injured drivers have excess alcohol in their blood; in some low- and middle-income countries, that figure is as high as 69%.

If a disease was killing people at such a high rate, we’d be urging governments to do something about it. For drink-driving deaths, there’s a very simple answer: drink-driving laws. Research from the Centers for Disease Control and Prevention suggests these laws are highly effective: “They have had a clear effect on highway safety, saving tens of thousands of lives since their implementation.”

So what do they look like around the world? This chart from the World Health Organization provides a snapshot. 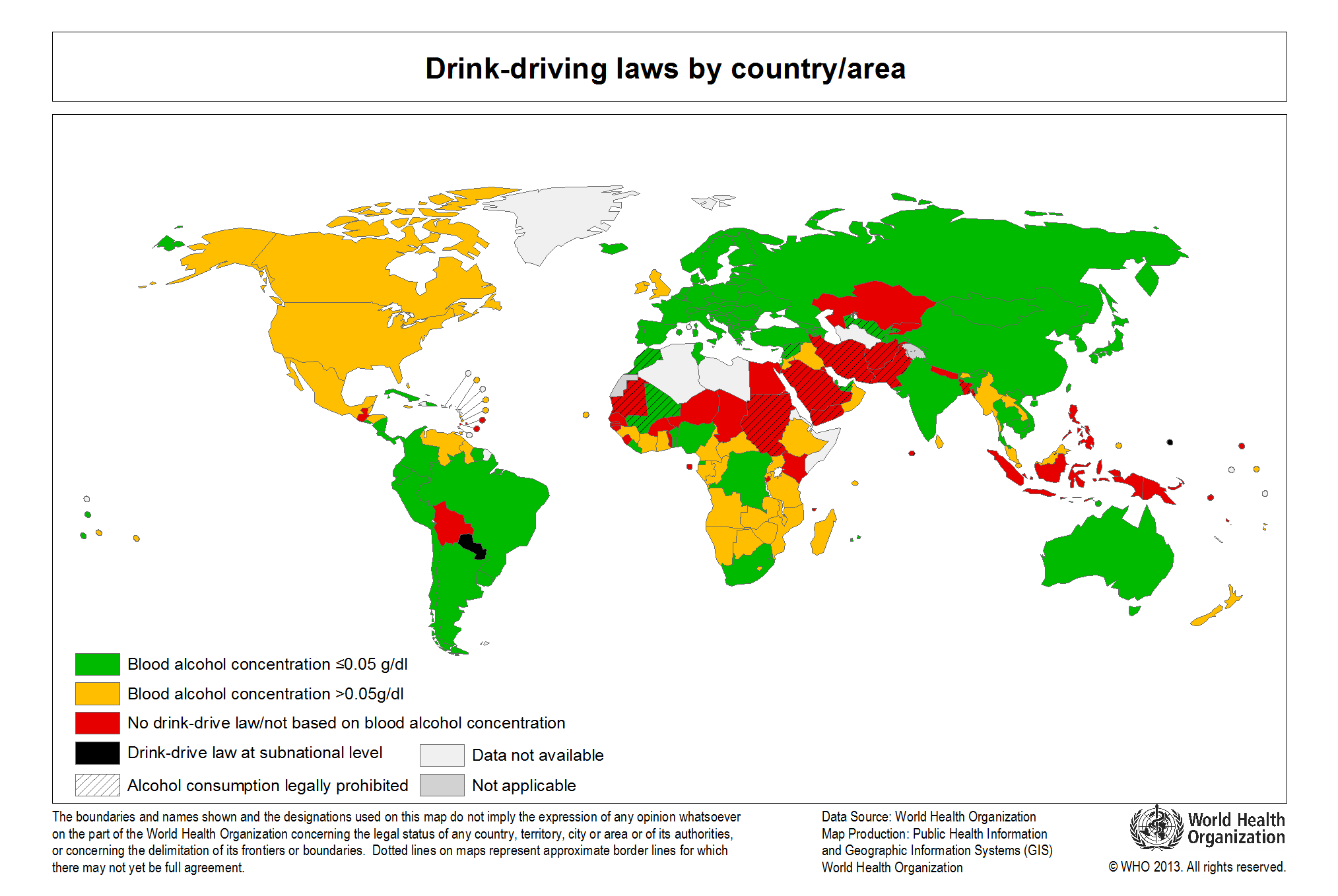 Have you read?
Countries with the most and least road traffic deaths
Which countries drink the most alcohol?

Image: A traffic police officer shows a breathalyzer with a reading of an estimated blood alcohol content from a driver’s breath sample during a night spot check in Russia’s Siberian city of Krasnoyarsk October 17, 2012. REUTERS/Ilya Naymushin