Which are Europe’s most confident economies?

Northern European Union nations such as Sweden, Finland, Germany and the United Kingdom are the most confident that their economic situation is strong and will continue to be so for the next 12 months.

A striking split between north and south emerges in the latest findings by the European Commission’s survey of EU regions. Those living in southern European regions were more likely to take a dim view of both the current state of their economy and their short-term prospects than their northern counterparts.

Statistics prepared by the European Commission are collected on a regional rather than national basis, which is why in some countries there is a mix of both green and red. 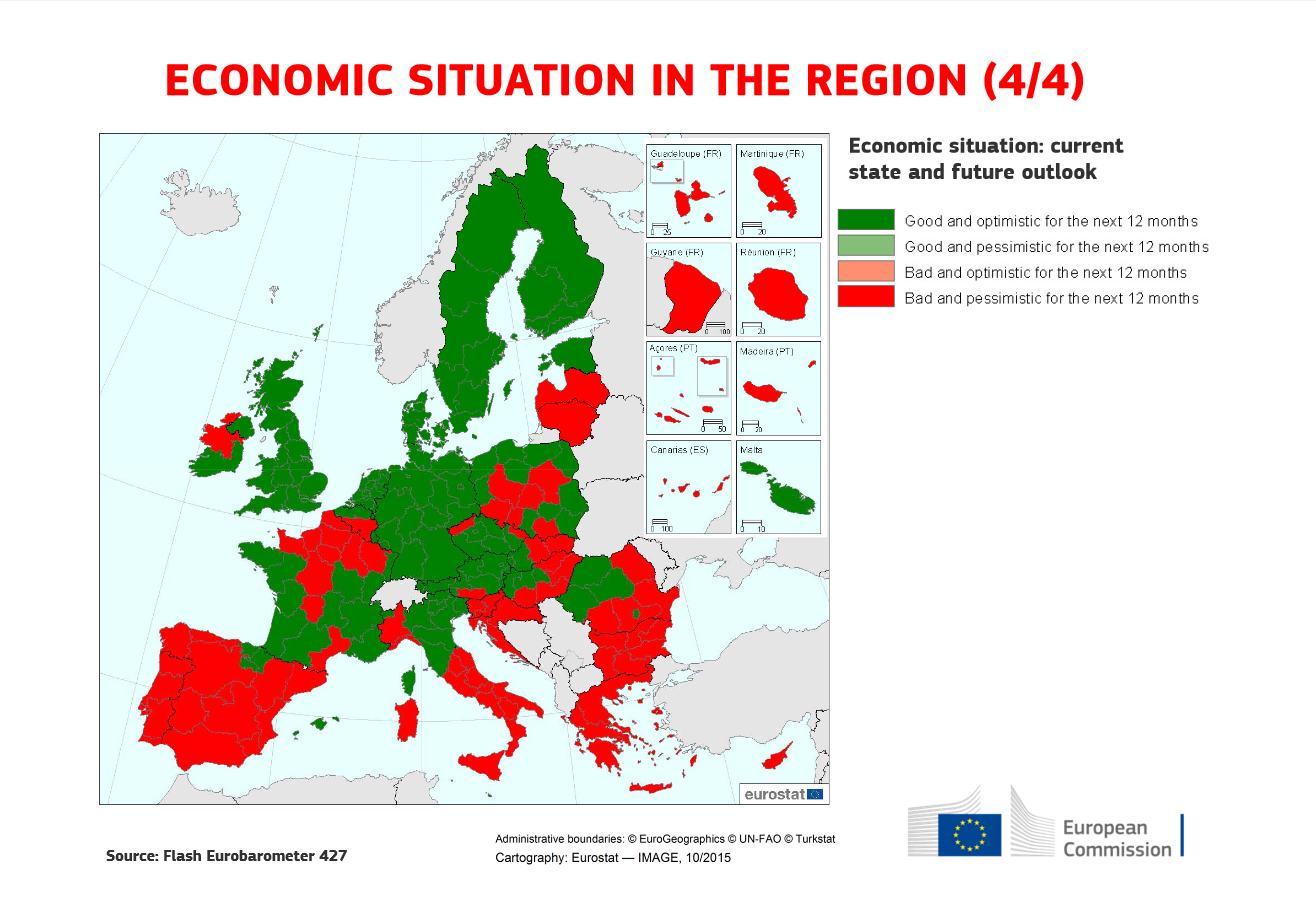 Have you read?
Europe’s top 10 most competitive economies
Which countries work the least – and still prosper?
5 trends for the future of economic growth

Image: A rainbow is seen behind European flags. REUTERS/Eric Vidal